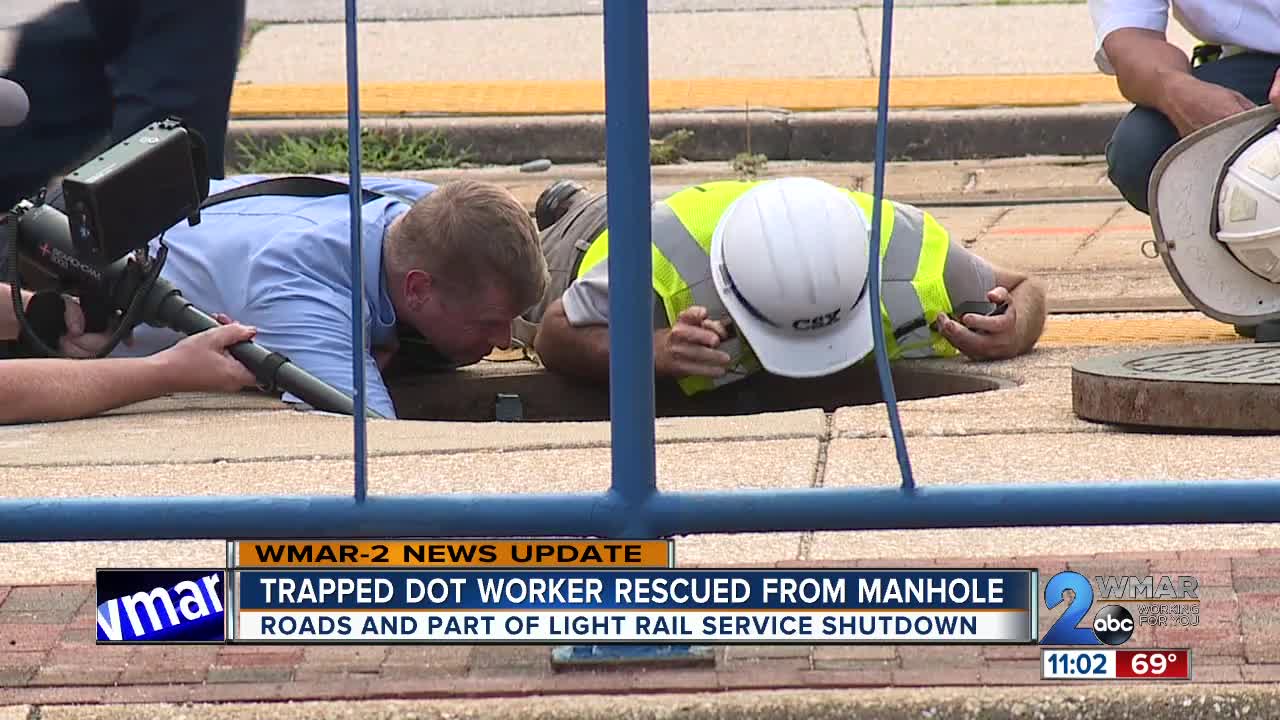 A DOT worker was sent to shock trauma after a fire and partial collapse while working underground. 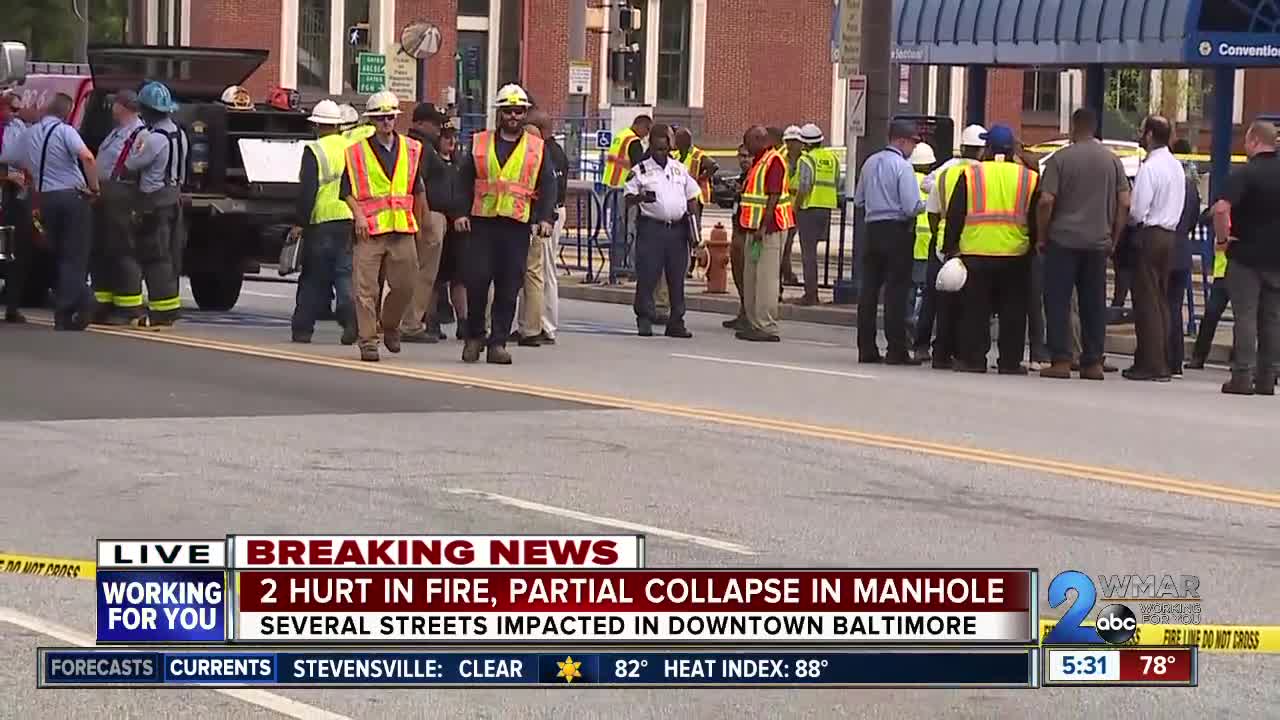 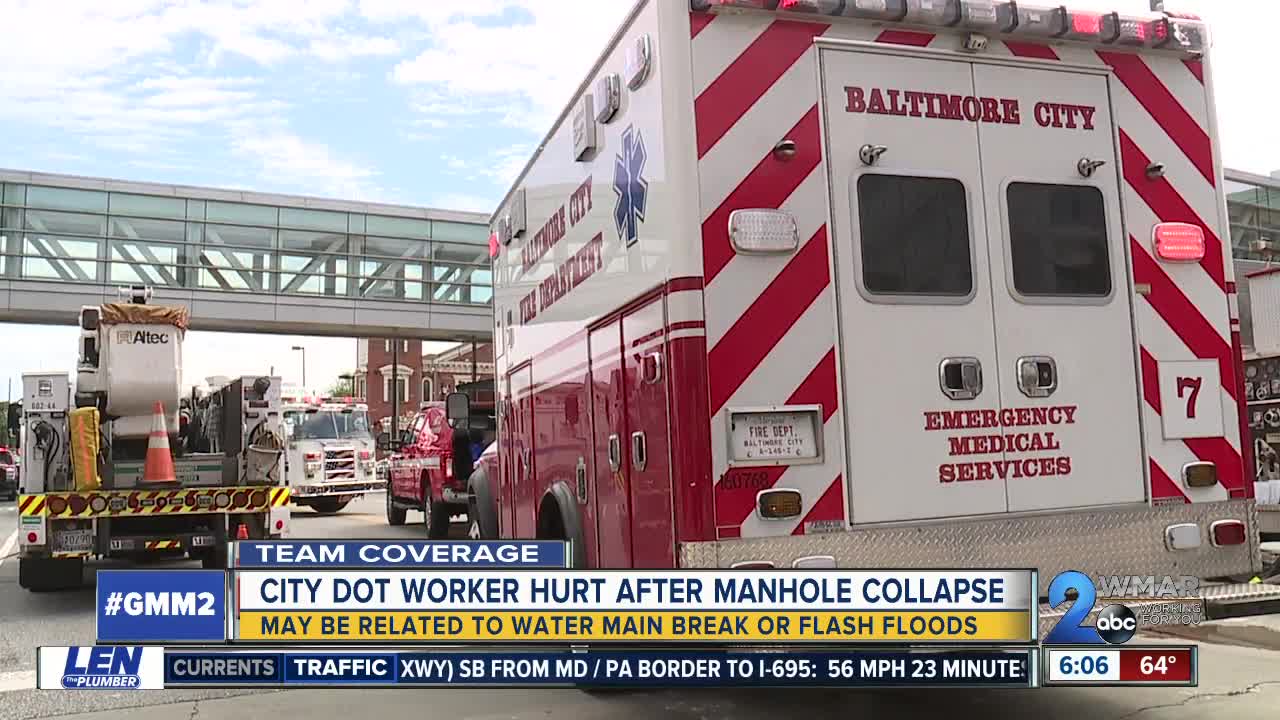 BALTIMORE — A DOT worker was sent to University of Maryland Shock Trauma after a fire and partial collapse while working underground.

Monday afternoon a man was doing electrical work in one of the vaults by Pratt and Howard streets when a fire broke out and the tunnel began to collapse. The man was immediately taken to Shock Trauma in serious condition.

Now, officials are working to make sure the area is safe. To do so, they closed down both the rail line as well as surrounding roads.

Looks like officials are having some sort of meeting now. A DOT spokesperson tells me they closed down the rail line and roads as an abundance of cautious as they assess the damage. A worker was taken to shock trauma after an underground tunnel partially collapsed. @WMAR2News pic.twitter.com/GQPN9YYGfR

MARC Train - Camden Yards update for Tuesday, trains will likely not serve Camden Yards in the morning, all trains will originate-terminate at Dorsey. Limited shuttle bus service will be offered. Full details: https://t.co/9d40hA8q5s

David McMillan, Director of the Mayor's Office of Emergency Management, said they're continuing to be focused on the public safety.

"There's a desire to maintain continuity of operations, but at the same time we need to focus on public safety," said McMillan. "We’re making decisions about how we’re able to approach in terms of the speed of this, who needs to be on scene and the approach for repairing both the collapse of the manhole vault but also what’s going on with the tunnel."

As of Monday night, the Light Rail is closed between North Avenue and Camden with Howard and Pratt Street shut down for a few blocks in both directions.

Crews are still investigating exactly what caused the collapse.