Discussion about water rates at Board of Estimates meeting 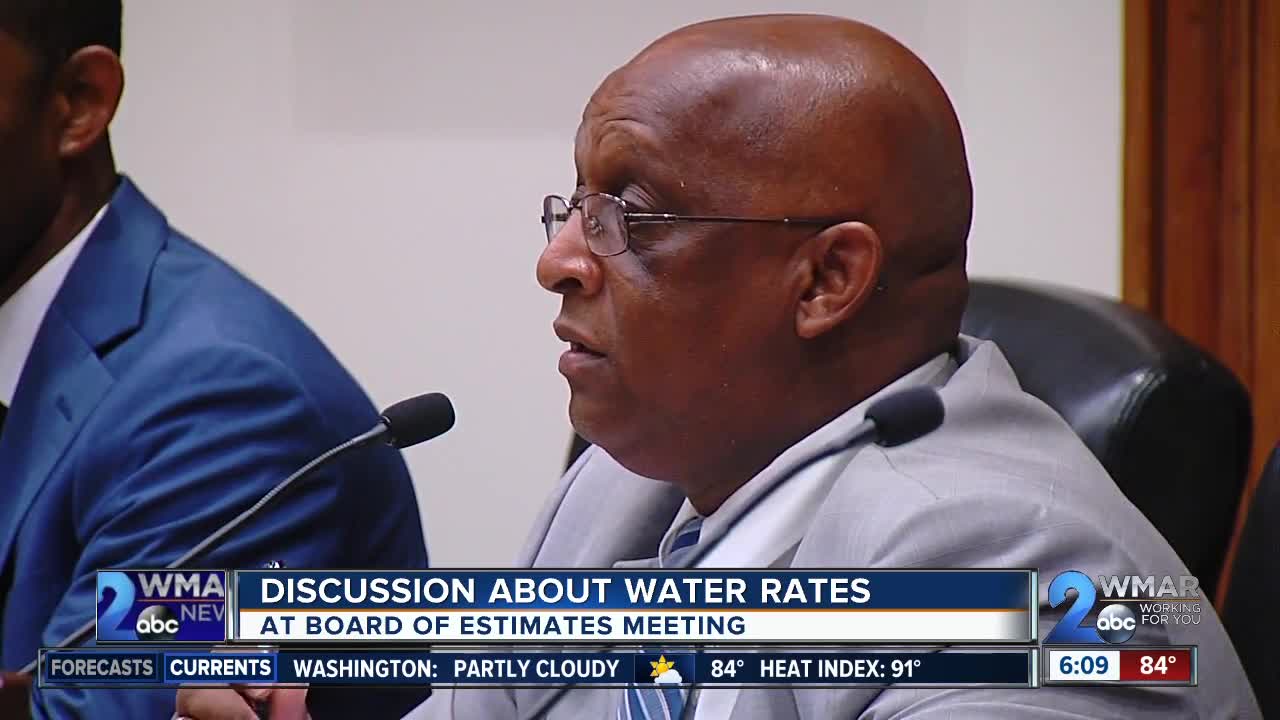 There was a discussion held about a water service agreement negotiated between Baltimore City and Baltimore County.

BALTIMORE — Things became a bit heated at the Board of Estimates meeting on Wednesday.

There was a discussion about a water service agreement negotiated between Baltimore City and Baltimore County and whether there is a difference between the two rates.

"This has everything to do with Baltimore County and what they charge their citizens according to the agreement that was in 1972," said Baltimore Mayor Jack Young. "This is something dealing with their budget, and I don't think we as a city should question Baltimore County."

The new rates for Baltimore County will be effective to all water bills issued on or after July 1, 2019. The new rates include a four percent increase from the 2018 rates.