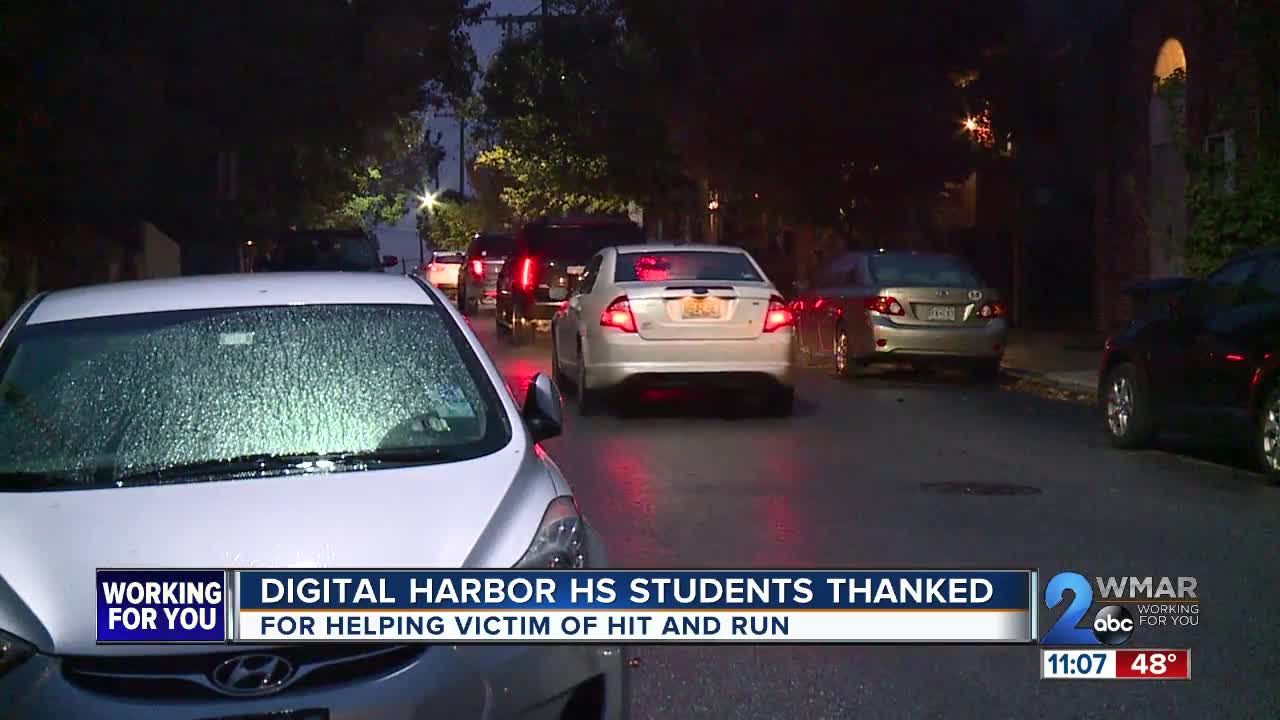 Three Digital Harbor High School students were thanked Thursday afternoon for going above and beyond after witnessing a hit and run.

BALTIMORE — Three Digital Harbor High School students were thanked Thursday afternoon for going above and beyond after witnessing a hit and run.

School administrators said the juniors were walking home one afternoon two weeks ago when they saw someone side swipe a parked car on Cross Street, leaving a lot of damage behind.

They followed the driver, got his license plate information, and saw him stop to park just a few blocks away. So they took that information back, trying to give it to the victim.

That turned out to be Dr. Hector Solano, a 30-year Federal Hill resident. He said he was shocked that they made the extra effort to report it to him, so he reached out to the school, wanting them to get recognized.

"They are being good neighbors," said Dr. Solano.

Thursday afternoon during a community meet and greet, school administrators invited the students and Dr. Solano so they could all be thanked. The students were unable to attend because of work and sickness, but Dr. Solano presented the school with three gift cards to pass along to the students and wants to give them this message.

"I want to thank them for what they did. Most people who observe an accident like that would just ignore it, but they didn't. What they did was they took after the gentleman who side swiped my car and told us what happened," said Dr. Solano. "I wanted to thank the parents mostly too because it's a reflection of how they were raised."

He also hopes this good deed sends a bigger message to other Federal Hill neighbors.

"Hopefully they'll have better ideas that these kids, some of them are really nice and they're not just noisy kids," said Dr. Solano.

School adminstrators also presented Dr. Solano with a certificate of appreciation for reaching out to let them know the good the students had done.