More than a year after her son’s murder, a mother pleads for tips 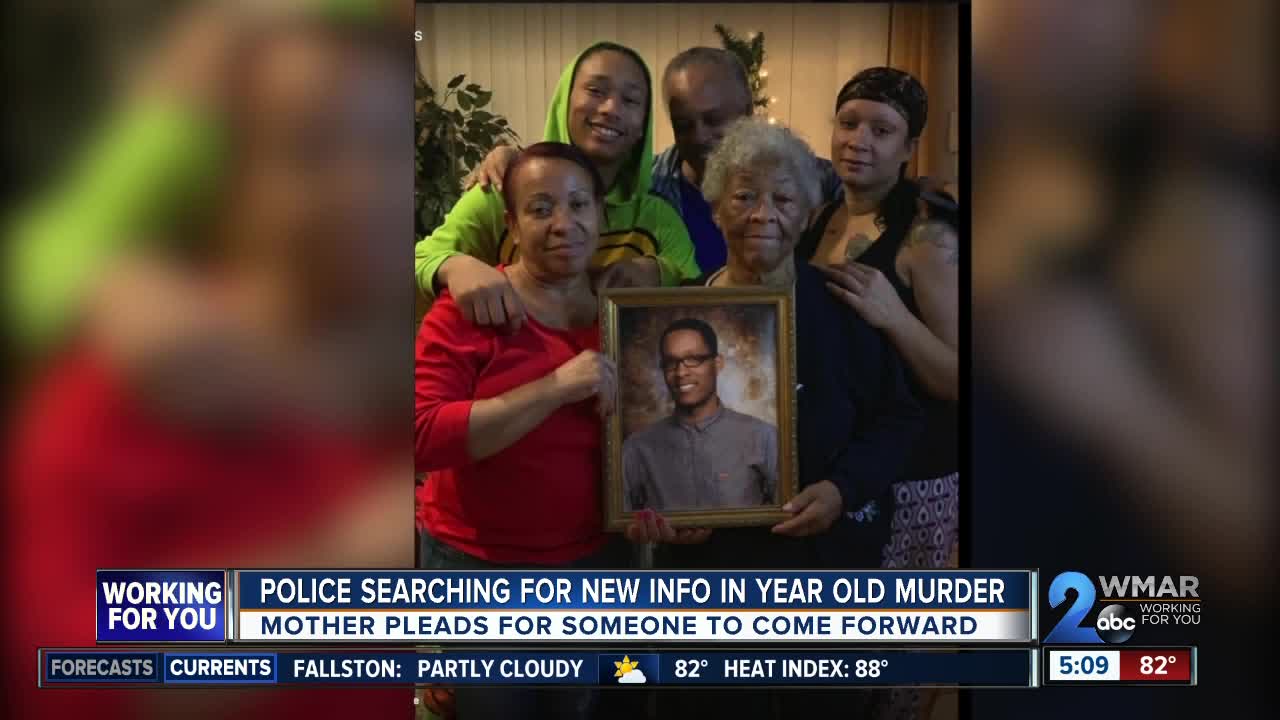 BALTIMORE — It's Quayvon's laugh she holds onto.

Chantell Bentley says she plays the video often so she can hear him because it's been more than a year now -- but for this mother, the week her oldest son was killed is stuck on repeat

"All of this happened yesterday to me. Everything else, life if still going on and everybody is still going on about their normal routine and I am still living this every day," said Bentley.

Largely because she simply doesn’t know who or why.

All this mother does know was that her son may have been at a party on Manse Court in Mccullough Homes that night.

Police say he was stabbed to death here last June, an incredibly personal crime Bentley still can't quite wrap her mind around.

And neither has anyone one else.

Police say the cameras at the public housing complex came up empty.

It is why more than a year later detectives are renewing their efforts, advertising a $12,000 reward for any new information.

"We are a year after this happened so we're hoping that someone will come forward,” said Detective Jeremy Silbert, “Maybe you’ve heard people talking about this, even if you don’t know specific information yourself, we always say that sometimes the smallest piece of information can really point detectives in the right path in these cases."

Bentley knows that one piece of information won't bring back Quay's laugh but it could bring a small peace of mind which she says might help, because right now – not knowing is torture.

There is currently a $12,000 reward for any new information in this case.

If you know anything that can help this mother solve her son's murder, call Metro Crime Stoppers at 1-866-7LOCKUP.