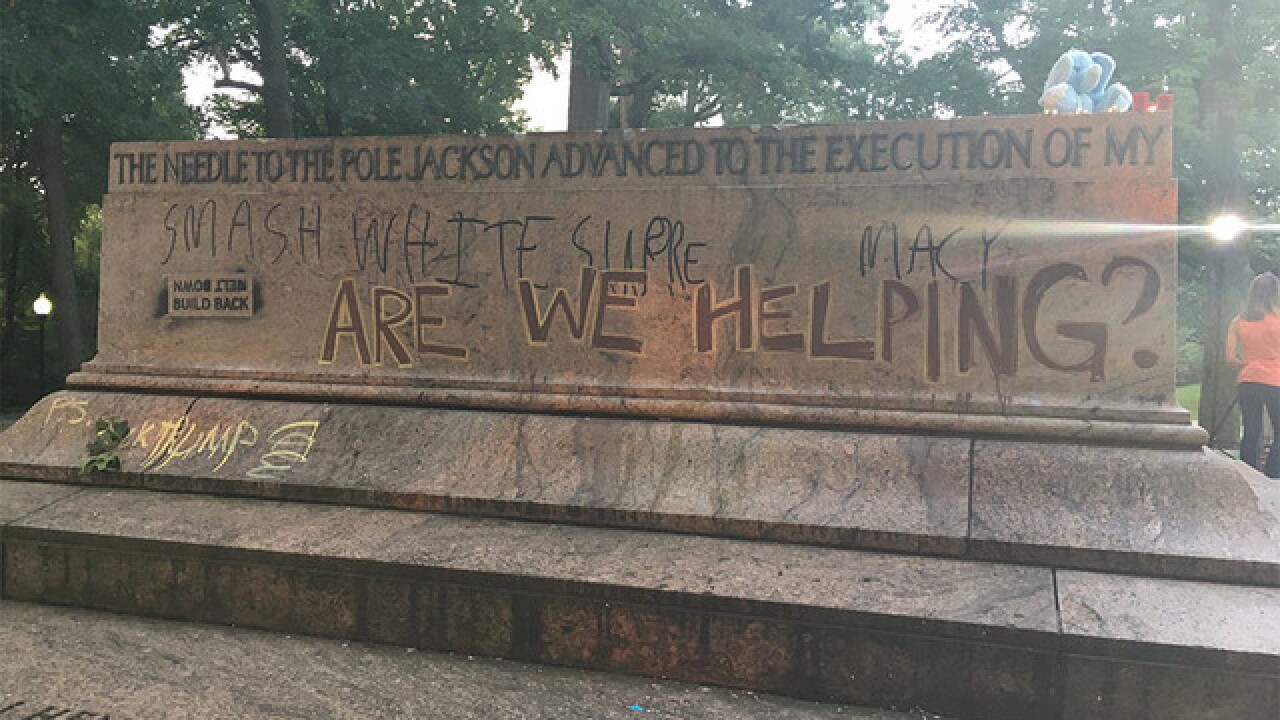 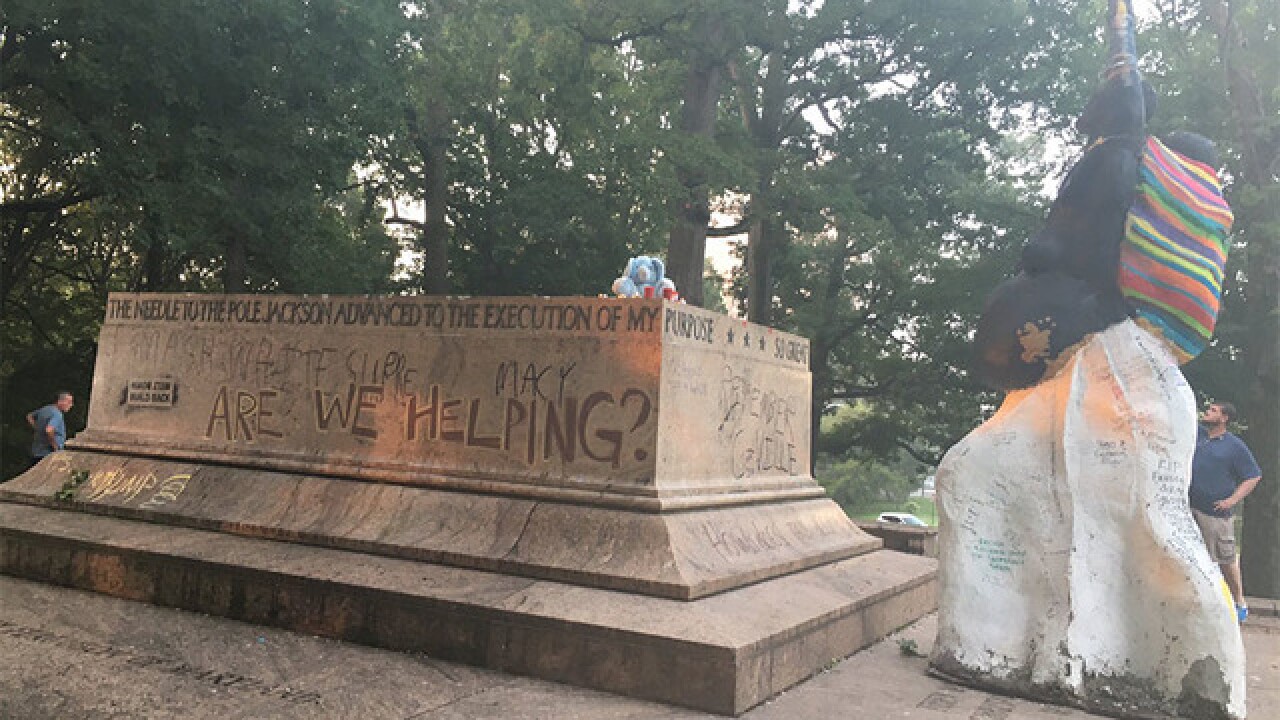 The move comes after the city council voted unanimously Monday to remove the monuments following deadly violence at a racially charged rally in Charlottesville that left one woman dead.

RELATED: City council votes to do away with Confederate monuments

All four monuments have been removed.

Dozens of onlookers cheers as the statues came down throughout the city. Mayor Catherine Pugh was on hand at some of the scenes overnight. She vowed to "move forward with the removal of Baltimore City’s confederate statues."

Pugh addressed the media Wednesday saying the decision to remove the monuments was made back in June after meeting with New Orleans Mayor Mitch Landrieu, one month after that city removed one of its two remaining Confederate statues.

The mayor said she felt a need and a right to keep the city safe, and moved "quickly and quietly" to take down the statues after meeting with the city council. She said the removal process began around 11 p.m. Tuesday, with the final monument taken down around 5 a.m. Wednesday.

Pugh suggested plaques indicating the history of the monuments and why there were removed should be installed in there place. "I don’t know why they were put there...," Pugh said, "but I do know they’re offensive to many people in this nation."

Councilman Brandon Scott took to Twitter praising Mayor Pugh's decision, saying "Thank you @MayorPugh50! Now we need to melt them down and use the materials to honor true Baltimore Heroes!"

Governor Larry Hogan also vowed to remove a statue of Supreme Court Justice Roger B. Taney that sits on the front lawn of the Maryland State House in Annapolis. Justice Taney wrote a decision to uphold slavery.

Hogan issued a statement Tuesday saying he believes removing the statue is the right thing to do.

This is all that remains at the Lee-Jackson Monument at Wyman Park. All 4 Confederate monuments were removed overnight in the city @ABC2NEWS pic.twitter.com/hOmvSWkSXq

The Associated Press contributed to this report.