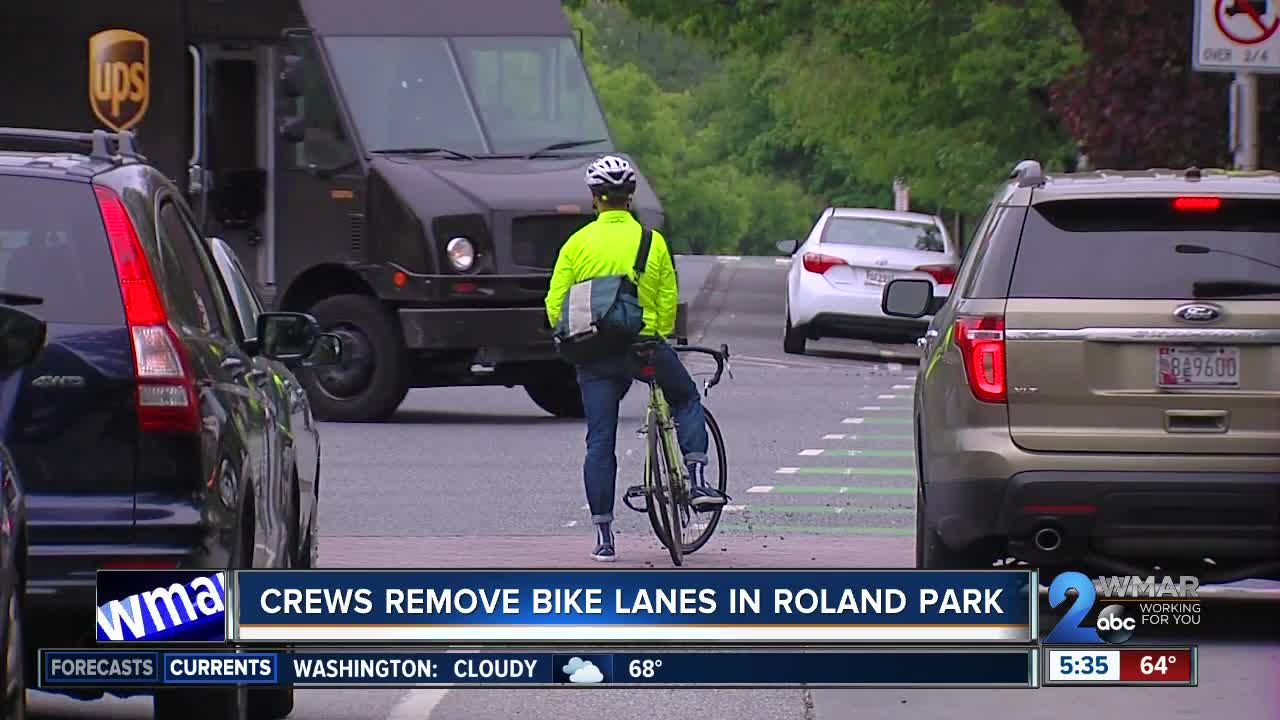 After a bike-in protest held by residents, bike lanes were removed from Roland Park.

Parking will return to curbside on Roland Avenue when the process is complete.

A new 4-foot bike lane will replace the current lane.

Previously, residents held a bike-in protest to avoid the removal of the lanes. They say the new lane will force bicyclists to squeeze between parked cars and traffic.

The protected lanes appeared not long after Episcopal Bishop Heather Cook struck and killed Thomas Palermo, a father of two who was biking along Roland Park in 2014. Cook was drunk and texting at the time. Palermo's death was a rallying cry for the local bicycle community, used as an example of the need for protected bicycling infrastructure. Cook is being released from prison in May after serving roughly half of her sentence for vehicular manslaughter and related charges.