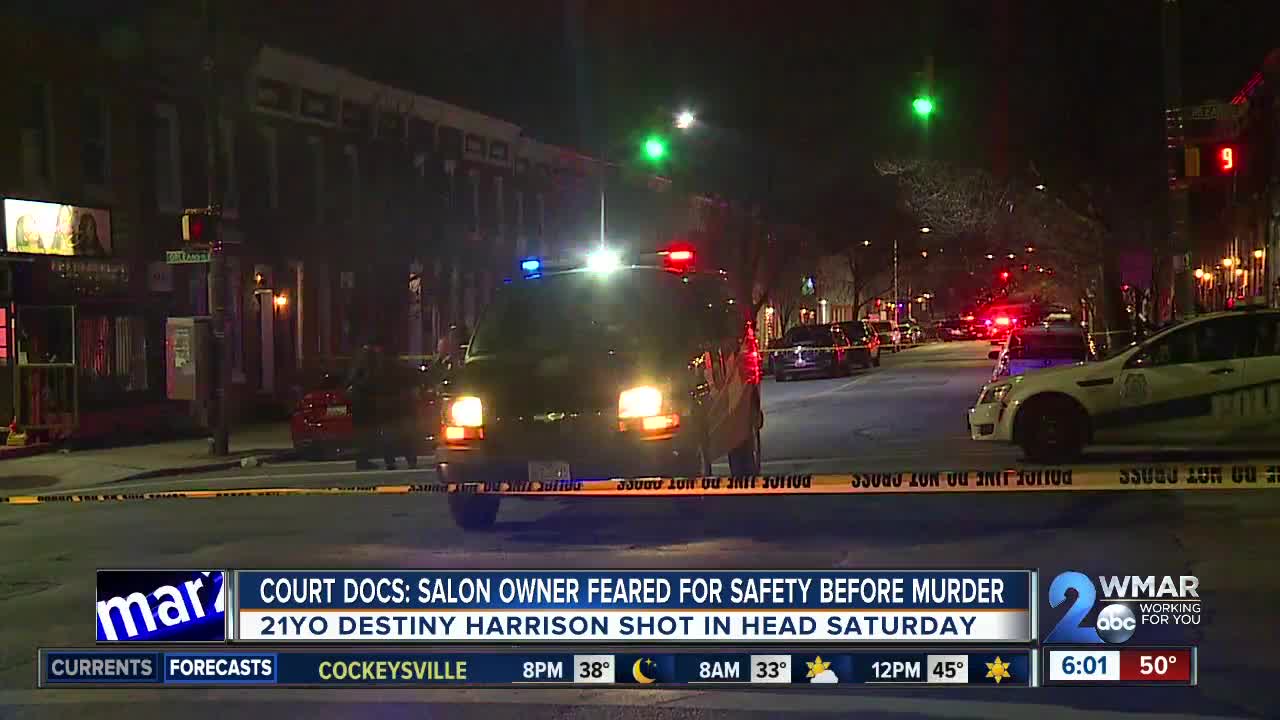 Court documents reveal a 21-year-old salon owner murdered Saturday feared for her safety after her business was broken into twelve days before her death.

BALTIMORE — Court documents reveal a 21-year-old salon owner murdered Saturday feared for her safety after her business was broken into twelve days before her death.

It was just after 6 p.m Saturday when officers were dispatched to MadamD Beauty Bar on North Milton Avenue, and found Destiny Harrison shot to the head.

On December 10, Harrison filed charges against two people who lived near her salon, after she caught them in the back of her business stealing merchandise.

In written testimony, Harrison accused one of the suspects of holding her down while the other one hit and stomped on her after she demanded her property back.

The two suspects then allegedly fled with $3,000 worth of hair bundles "expensive hair extension" that Harrison sold at her salon.

Harrison told a court commissioner she knew that one of the suspects had a violent background and was scared for herself and others in the salon.

"I'm scared for my life and business," she wrote.

The couple was charged with assault, theft and burglary. She also filed a peace order against the man. That was issued on December 19, ordering that he not have any contact with Harrison and stay away from her salon.

Police have not arrested anyone for her murder.

"It's unbelievable that some evil soul would do something like this," said her uncle Dewine McQueen.

McQueen said she was a new mother, loving daughter and beloved business owner.

"She was my heart, loved her greatly... wonderful girl, entrepreneur, a go-getter. She built this [MadamD Beauty Bar] from the ground up," said McQueen.

Police said there were other people inside at the time of the shooting and hope someone comes forward with information. Her family echoes that plea.

"Somebody gotta know something. Please come forward. We need to get these demonic souls here. They need to pay for their crime. There's no doubt about that, in the name of Jesus, there's no doubt," said McQueen.

In a GoFundMe page, Destiny's mother said "We lost a angel due to tragedy that broke hearts all over Baltimore . We are asking that if anyone have any monetary donations we would greatly appreciate the help to lay my beautiful daughter in peace."