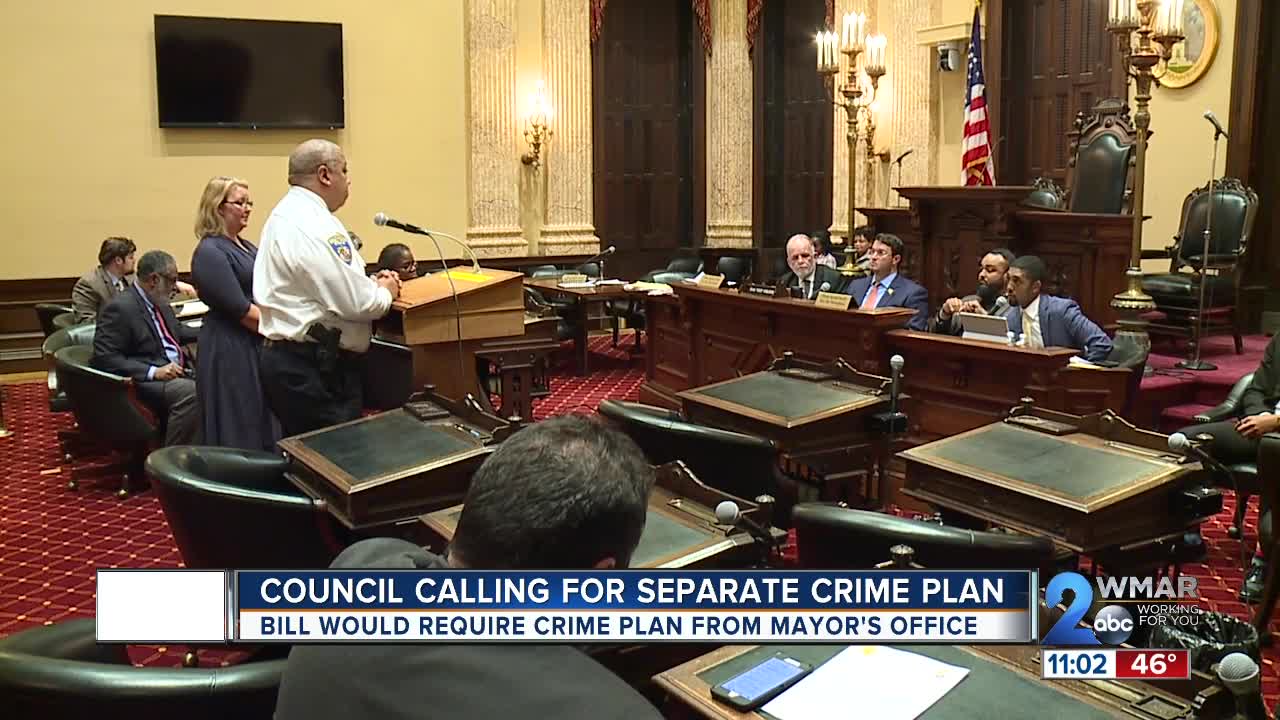 As of Tuesday night, 306 people had been killed in Baltimore. At a city council hearing there was a debating over who should be involved in creating another plan will bring those numbers down.

BALTIMORE — As of Tuesday night, 306 people had been killed in Baltimore.

At a city council hearing there was a debate over who should be involved in creating another plan will bring those numbers down.

Over the summer new Baltimore City Police Commissioner Michael Harrison rolled out his crime plan, one that was and still is praised by many including Baltimore City Council.

“What we need right now is a sense of urgency from all agencies from all agencies, police included,” said Scott. “We need them focused on violent repeat offenders and the flow of illegal guns into Baltimore.”

Council is proposing a bill that would require the Mayor’s Office to submit a crime plan of their own every two years.

“Every single agency must be a part of the crime fight in Baltimore and must be held accountable to that, and you have to have a plan in order to do that,” Scott said.

Lester Davis, a spokesperson for Mayor Young, said the Commissioner Harrison’s plan is the only plan.

“I don’t think anybody sees it necessary other than the Council President who’s running for Mayor,” Davis said.

Davis said that the representatives from the Mayor’s Office were just told about amendments to the bill that would shift the responsibility to the Cities Department of Health, an agency that the council can regulate.

This comes a week after Young said that he wasn't the one committing the murders, and questioned how people can fault leadership.

Eric Randall took to the podium during public comment to voice his frustration as someone who is working to help young people thrive in the city.

“While you argue in the background, argue in the forefront Point fingers talk trash about each other there is kids dying,” said Randall.

Wesley Hawkins, a youth mentor and community leaders, said a lot of kids are traumatized.

The bill will head to a work session before it is up for a vote.