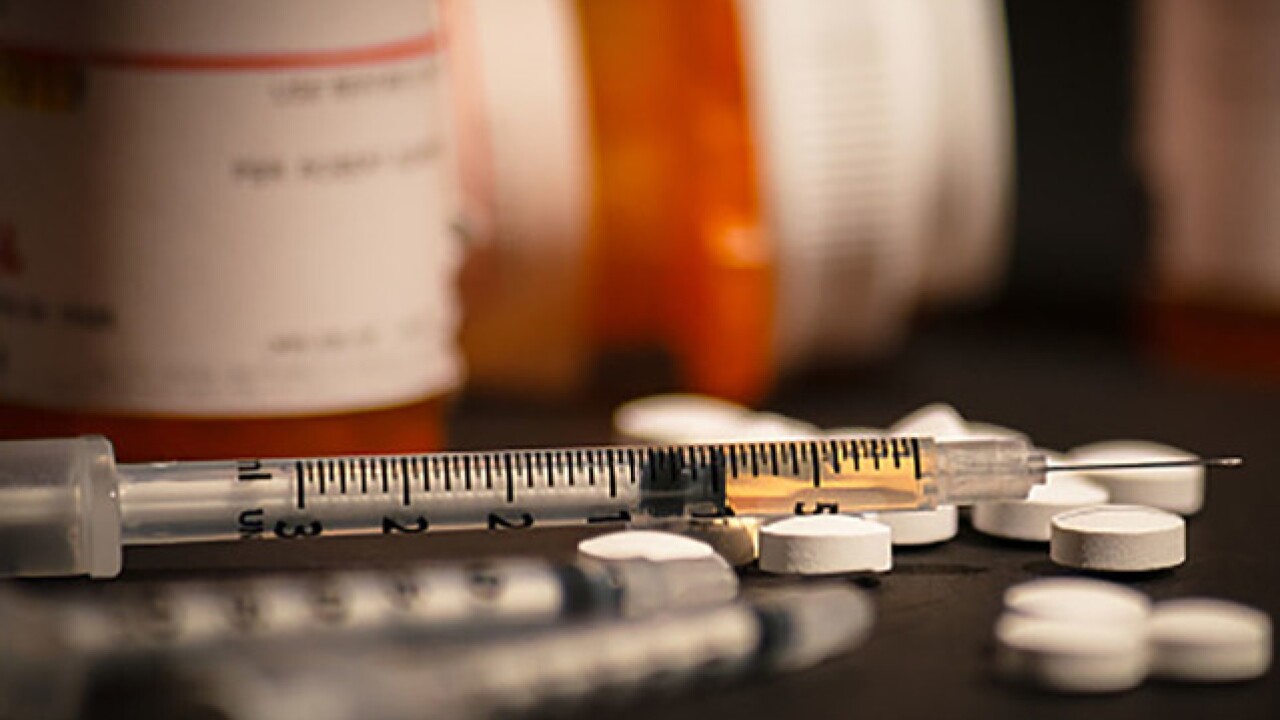 Copyright 2018 Scripps Media, Inc. All rights reserved. This material may not be published, broadcast, rewritten, or redistributed.
Darwin Brandis
<p>An injectable drug is loaded into a syringe while prescription medication is strewn about haphazardly. (Photo courtesy of Getty Images)</p>

The comprehensive, three-pronged strategy is meant to address the prescription drug, heroin, and fentanyl epidemic ravaging the country.

“The first front is law enforcement; the second is prescription drug control; and the third is working with the community in education, prevention and treatment.” Said Scott Hoernke, the Acting Special Agent in Charge for the DEA Washington Field Division. More than 2,000 people died of opioid overdoses in 2017, Hoernke said, and roughly 80% of the people who use heroin started their addiction by abusing prescription pills.

Opioids death have been particularly acute in killing young adults. Nationally, 20% of adults who die between the ages of 25-34 succumb to opioid overdoses, United States Attorney for the District of Maryland Robert Hur said. Maryland is ahead of that average, as 36% of the deaths in that age range are tied to opioids. Hur’s stats come from the Center for Disease Control, he said.

“Those are really significant years,” Hur said. “We mourn all the deaths from opioids, but I find it incredibly tragic the incredible toll opioids are taking on this particular slice of Marylanders.”

For the 360 plan’s first prong, local police and DEA will step up their investigations and enforcement, focusing particularly on Baltimore, which is seen as the epicenter of the state’s drug economy. Those who are wrapped up in these operations will then face harsher sentences and prosecutions as well.

“The message should go out to people distributing this deadly poison,” Hur said. “I want the message to be out there that if you are going to be involved in selling this poison on our streets, you’re odds of federal prosecution are going to increase dramatically.”

Prescription drug control involves working with, or if need be suing, investigating and/or charging, pharmaceutical companies, who many believe are the genesis of this epidemic. Many such companies are accused of hiding the potential addictiveness of prescription pain medicine, incentivizing doctors to freely prescribe these pills, and not tracking the immense flows of such pills that at times disproportionally flooded certain areas of the country.

Maryland Attorney General Brian Frosh spoke of recent prosecutions of pill mills, doctors, and drug crews, and a lawsuit against a drug maker who created a fentanyl based pain drug and marketing it wider than it’s purported.

“We allege that their overselling of this drug resulted in a trail of addiction and death in our state,” Frosh said.

The third prong focused largely on fighting social stigma associated with addiction. The focus was on providing as much access as possible to help and recovery services, and to let people know that they should not be shamed into hiding rather than treating their addictions.

Today people are more willing to raise their hands and say they have a problem, said Clay Stamp, the Executive Director of the state’s Opioid Operational Command Center. “The conversation needs to be normalized.”

“We spent a lot of time and extensively worked on awareness,” said Dr. Barbara Bazron, the Deputy Secretary for Behavioral Health Administration for the Baltimore City Health Department. “We have specifically mounted a campaign to address stigma. … Treatment works. We have to open the door and change the script so that people will get the care they need.”

The city has recently opened a 24-hour stabilization center where people can seek services, get a health exam, connect with recovery care, and/or sober up, said Bazron. The “Save a Life with Naxalone” campaign has worked to train as many people as possible in the administration of the life-saving drug, distributing dosages widely.

“We want to do more of that throughout the state as well as in Baltimore,” said Bazron. “We think prevention, treatment, and recovery is all important, along with enforcement.”

The all out coordination of so many agencies creates a wholistic, global approach to an epidemic that so far has seen few signs of slowing, particularly with the prevalence of fentanyl, a highly potent substance.

“It’s going to take much more than a village; it’s going to take a nation,” said Renee Cohen, Maryland Senator Ben Cardin’s Field Representative for Health and Senior Citizen Issues. “While this crisis requires coordinated efforts on multiple fronts, it is one we can all agree on.”