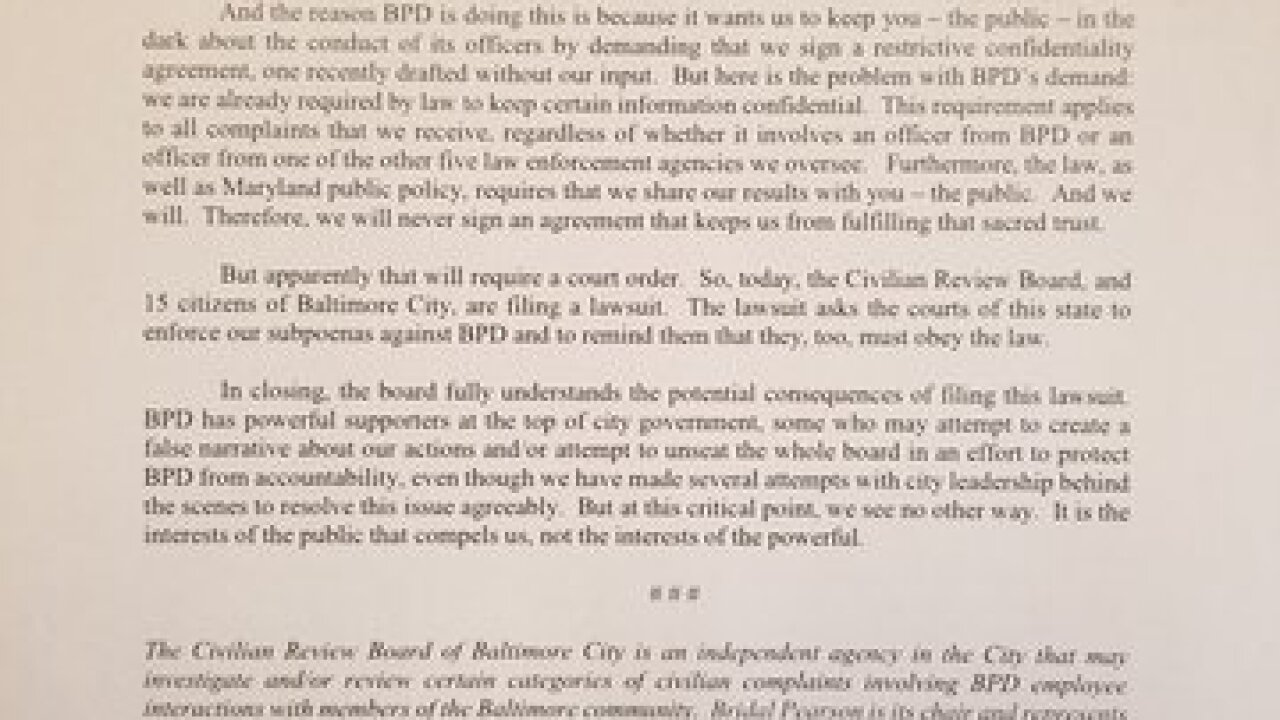 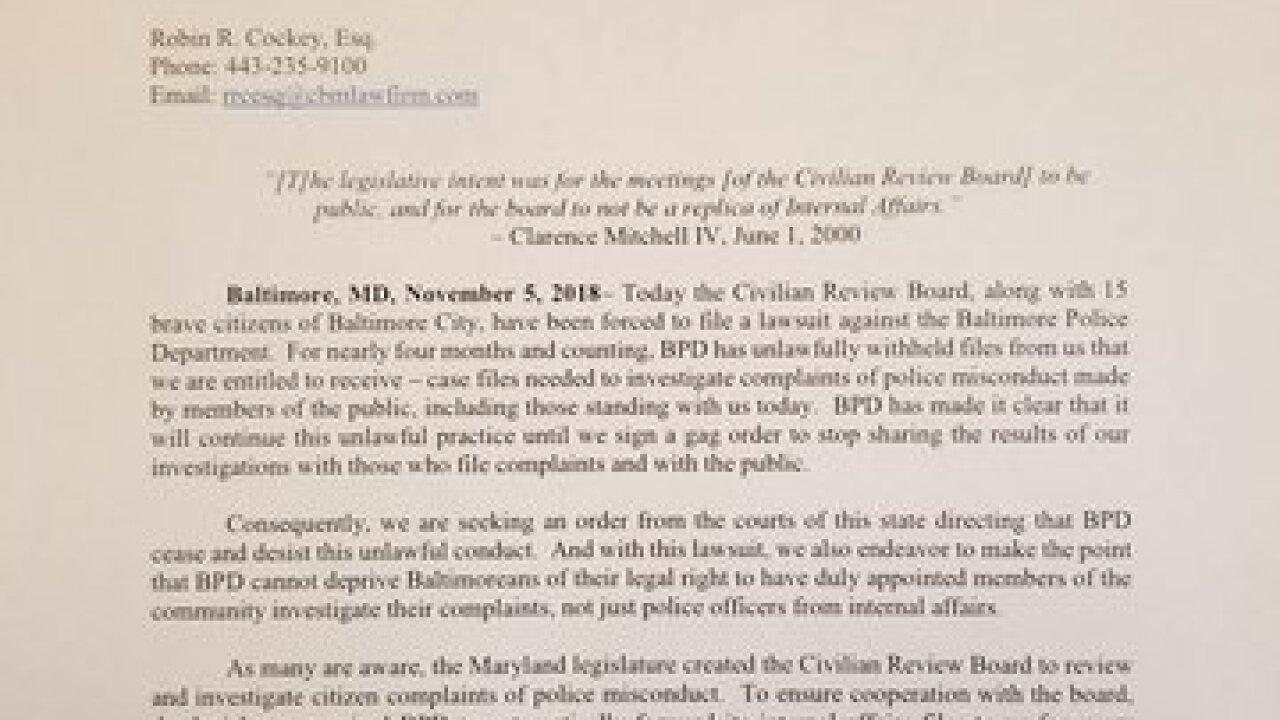 Baltimore's nine-member civilian review board has been joined by 15 members of the public in the suit. Their complaint was filed Monday in the city's circuit court.

In August, the civilian review panel voted unanimously to subpoena the Baltimore Police Department for withheld internal affairs cases. Board lawyer Robin Cockey says police have been "refusing to produce the case files" for months.

Panelists have said the cases are being withheld at the behest of the city solicitor, who has argued discussion of police misconduct is subject to confidentiality laws.

The controversy is occurring as Baltimore is under a federal consent decree mandating sweeping police reforms.