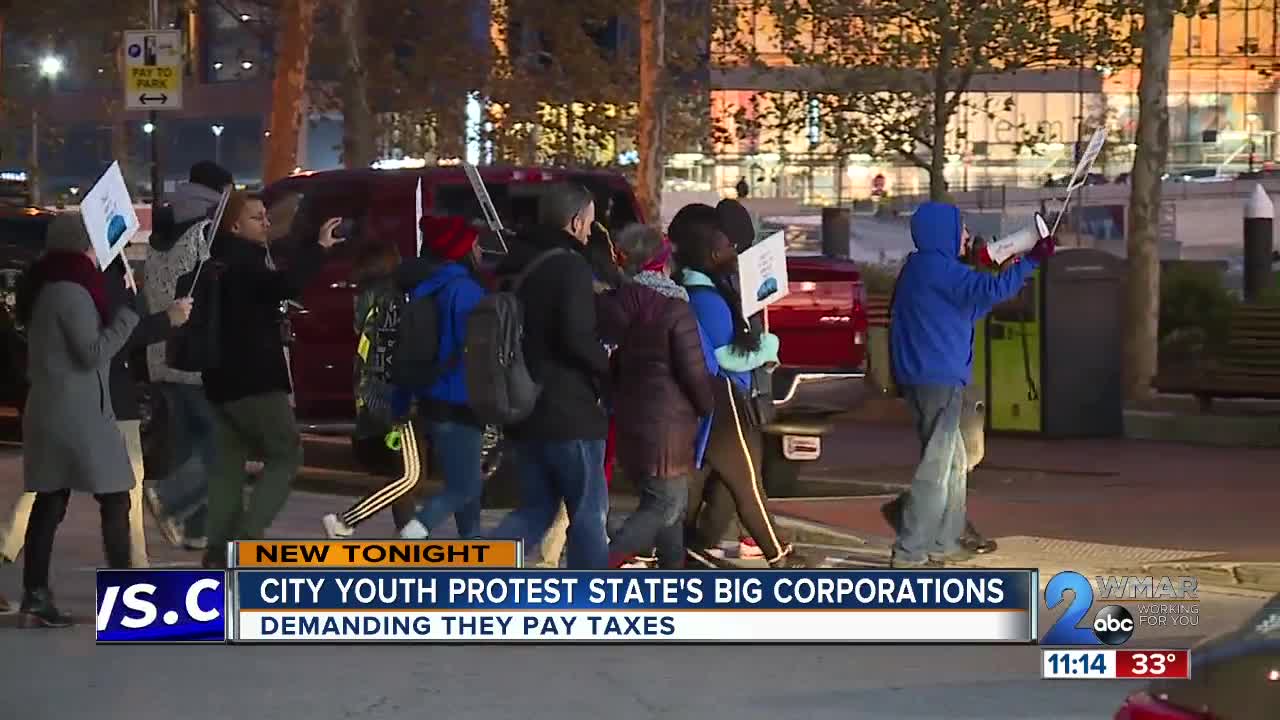 A group of Baltimore City kids decided to send big corporation a message on Thursday.

BALTIMORE — A group of Baltimore City kids decided to send big corporation a message on Thursday.

Protesters marched near Under Armour and the Four Seasons Hotel in Harbor East demanding Maryland closes corporate tax loopholes that allow them to avoid expenses average citizens are forced to deal with.

"Our schools are failing, they don't have the resources," said Communities United Youth Organizer, Steven Merrick.

The protesters are also supporting the recommendation of a $4 billion increase in annual school funding from the Kirwin Commission.