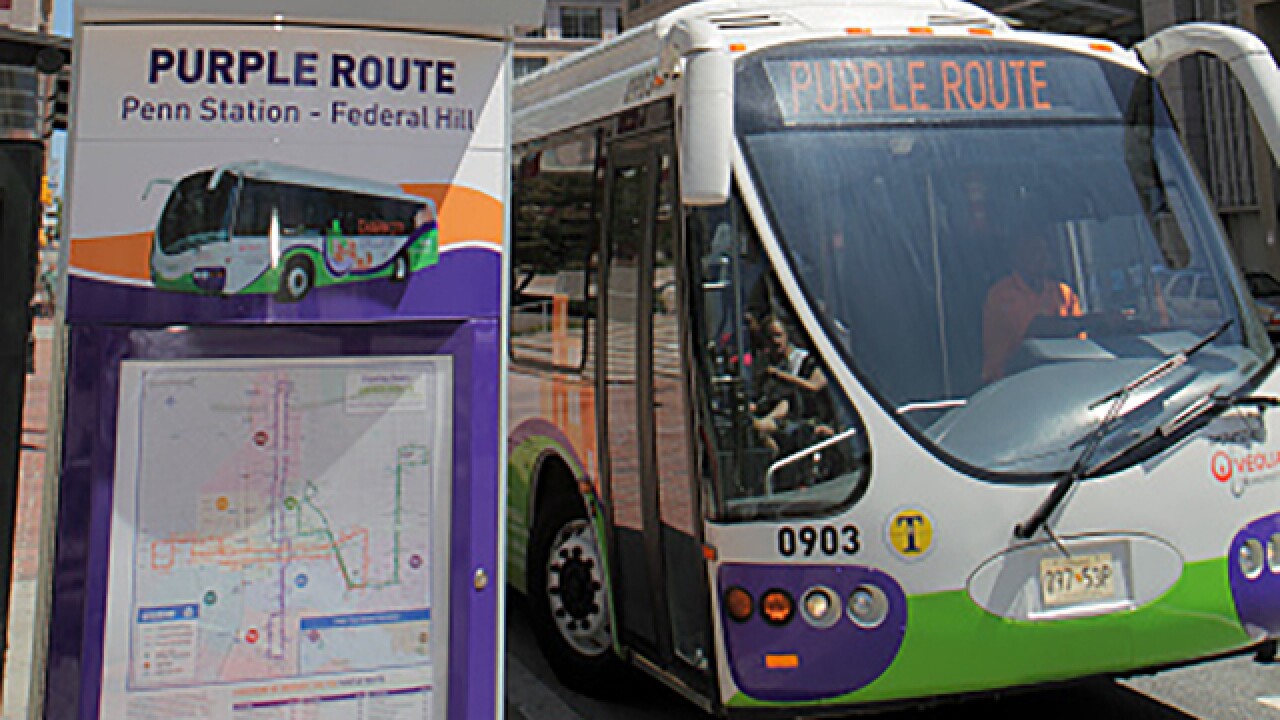 Baltimore is suing the company that operator of the city's free bus service, the Charm City Circulator, the city announced Wednesday.

The suit against Transdev North America, Inc. and Transdev Services, Inc. is for breach of contract. The suit alleges Transdev overcharged the city by more than $20 million to operate the Circulator.

Instead of invoicing the city for the hours the bus operates, as required by the agreement, Transdev submitted invoices for thousands of hours more of passenger transport, the city said in a press release.

The Office of Mayor Catherine Pugh issued the release at roughly 5 p.m. Wednesday.

Transdev released the following statement in response to the lawsuit:

We are extremely disappointed that the City of Baltimore elected to pursue this meritless litigation. This issue began when Transdev won the bid to operate the Charm City Circulator in 2010. The City was required to provide the full fleet of buses but was unable to do so because it selected non-functioning vehicles with unproven technology from a company that ultimately went bankrupt. Because the City was unable to meet the terms of the contract, Transdev agreed to the City’s request for a new contractual and invoicing structure. For months, Transdev has actively engaged city officials to address their concerns and provide them with the relevant facts and documents, which makes this baseless lawsuit a complete and utterly non-productive surprise.

The city asked that the suit be decided by a jury.

The Baltimore City Department of Transportation is in the process of selecting a vendor to provide the Circulator service. The new contract will be for three years. The new contract is expected to be awarded by Oct. 10.

Local companies will provide bus bridge service prior to securing a permanent vendor, the city said. Riders may se buses of a different size and/or design than the original Circulator fleet following Oct. 11.