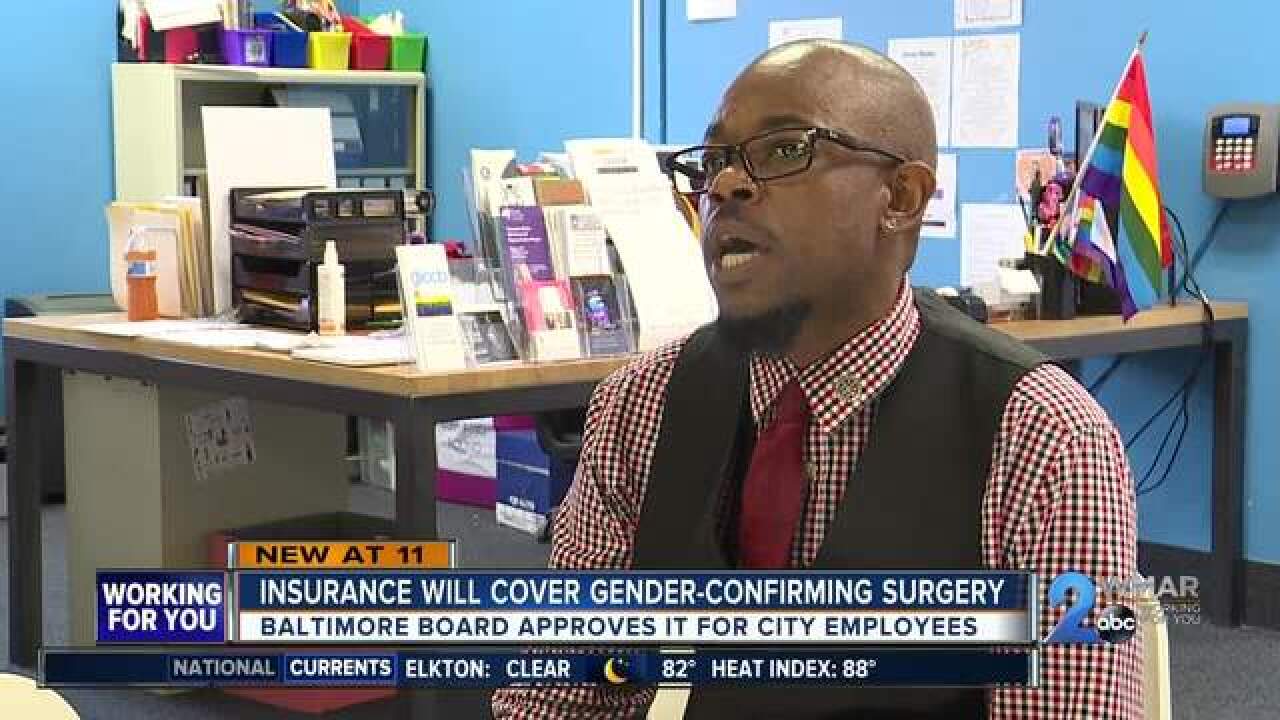 That means the city's self-insured health plans will now help to pay for gender-reassignment surgeries.

"It's a warmer place for everyone.  It's a warmer place for transgender people for gender non-conforming people this is a big deal for a lot of people who felt like they didn't have a voice in this," said Merrick Moses, a Baltimore City employee and president of the Board of Directors of The Gay and Lesbian Community Center of Baltimore.

He's a transgender man, born female who has been wanting gender reassignment surgery for years but hit a roadblock.

"I learned in January that my gender confirmation surgery would be scheduled for May 10 and on April 23 I found out that my insurance was not going to cover it," Moses said.

The city Board of Estimates approved a request Wednesday to provide gender-confirming surgery for city employees and will now be covered under city health plans; great news for Moses.

"It caused great distress in my life and so now that that burden has been lifted, I feel so much better."

He went to the city asking why gender-confirming surgery wasn't included in insurance plans.

"As I got my story out and linked up with free state justice, and then I got my doctor involved here in Maryland and in New York, things started to move," Moses told WMAR 2 News.

Moses said he will soon be able to feel whole.

"I called my doctor and I'm waiting for them to call me back so that I can actually schedule my next date."

The surgery he wanted would've cost more than $90,000. He thanked Mayor Catherine Pugh for her vision for making Baltimore a more diverse and inclusive city.

Several Maryland counties along with D.C. already cover the surgery in their insurance plans.