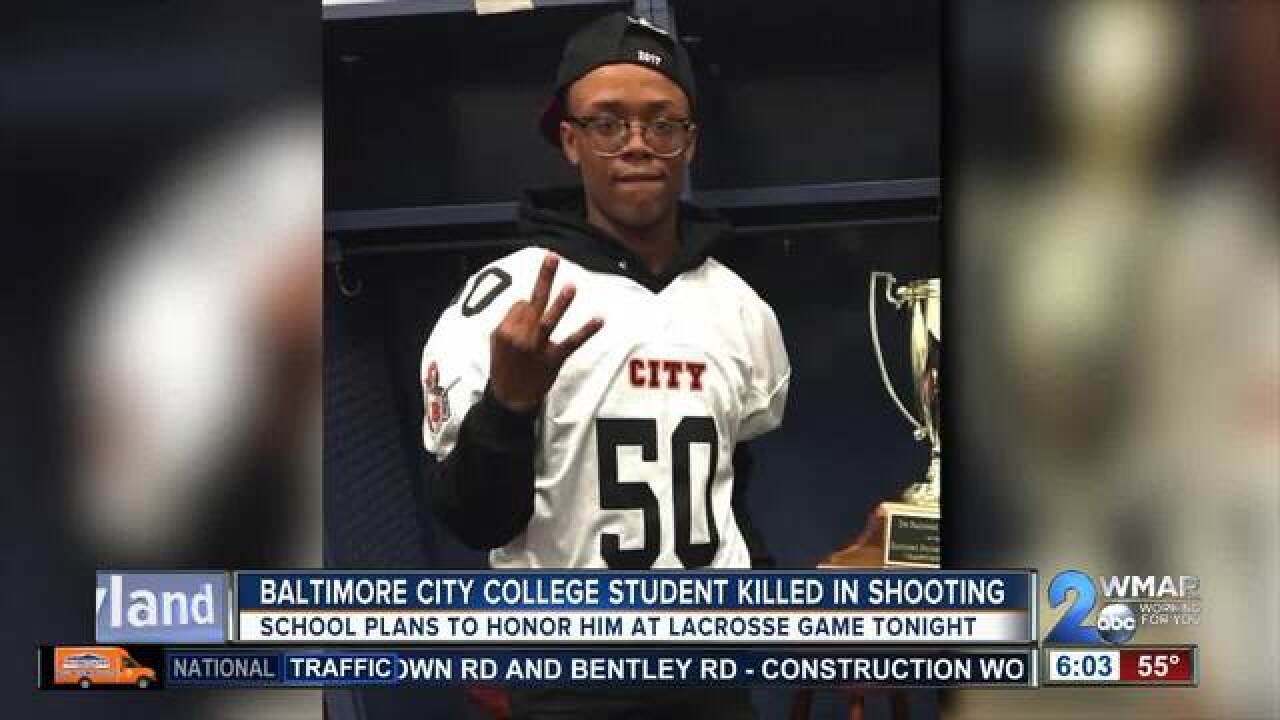 Students and staff at City College High School in Baltimore will honor a student-athlete who was killed in a shooting.

His friends said he was practicing for Monday night's lacrosse championship game before he was shot and killed.

Glasgow was a captain of the lacrosse team. His friends described him as a selfless young man who always helped others.

The team will honor Glasgow's life with a memorial service at Monday's championship game.  The game will be held at Baltimore Polytechnic Institute at 7 p.m.

Police said Glasgow was not the intended target in the shooting and no arrest has been made.

According to officials, the suspect drove a white Nissan Altima away from the scene.