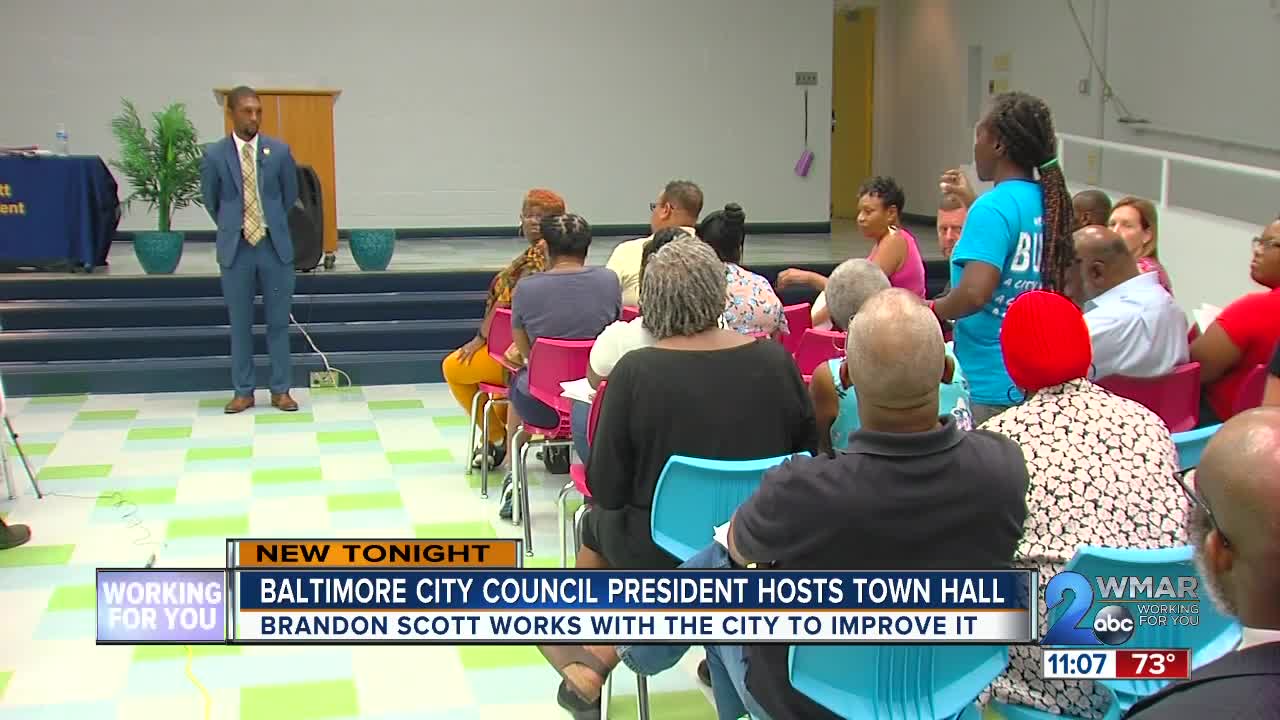 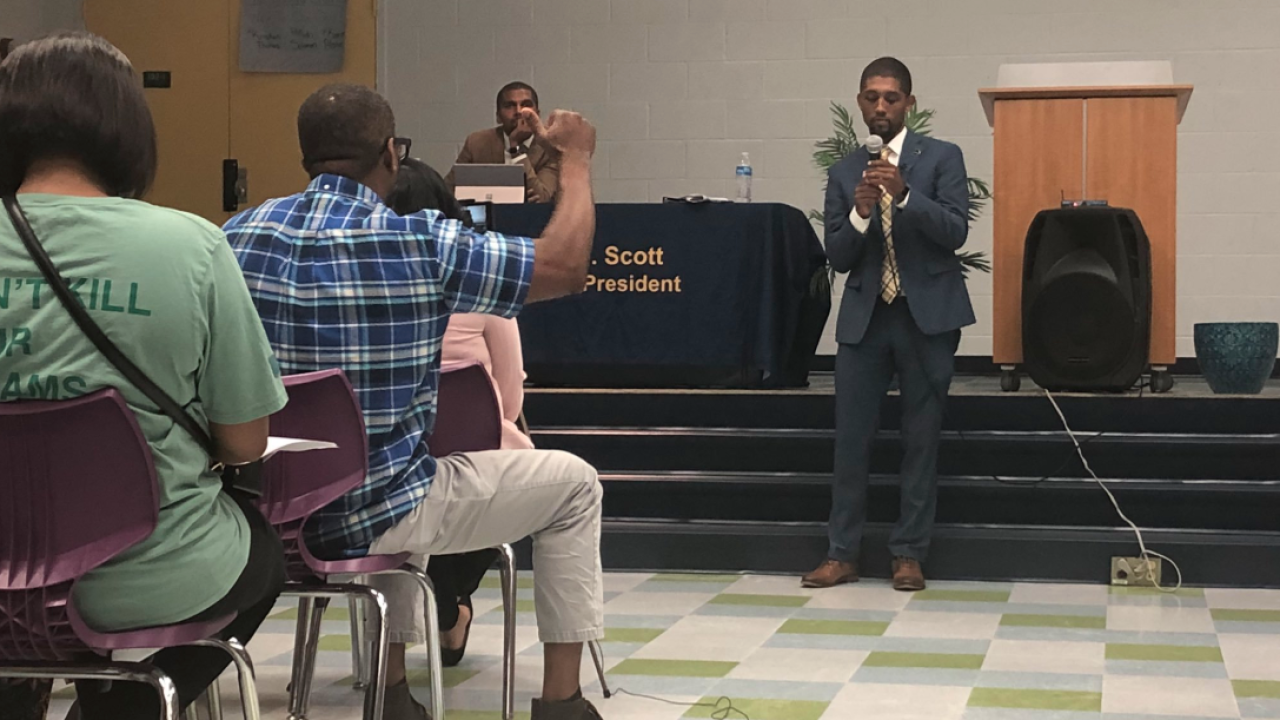 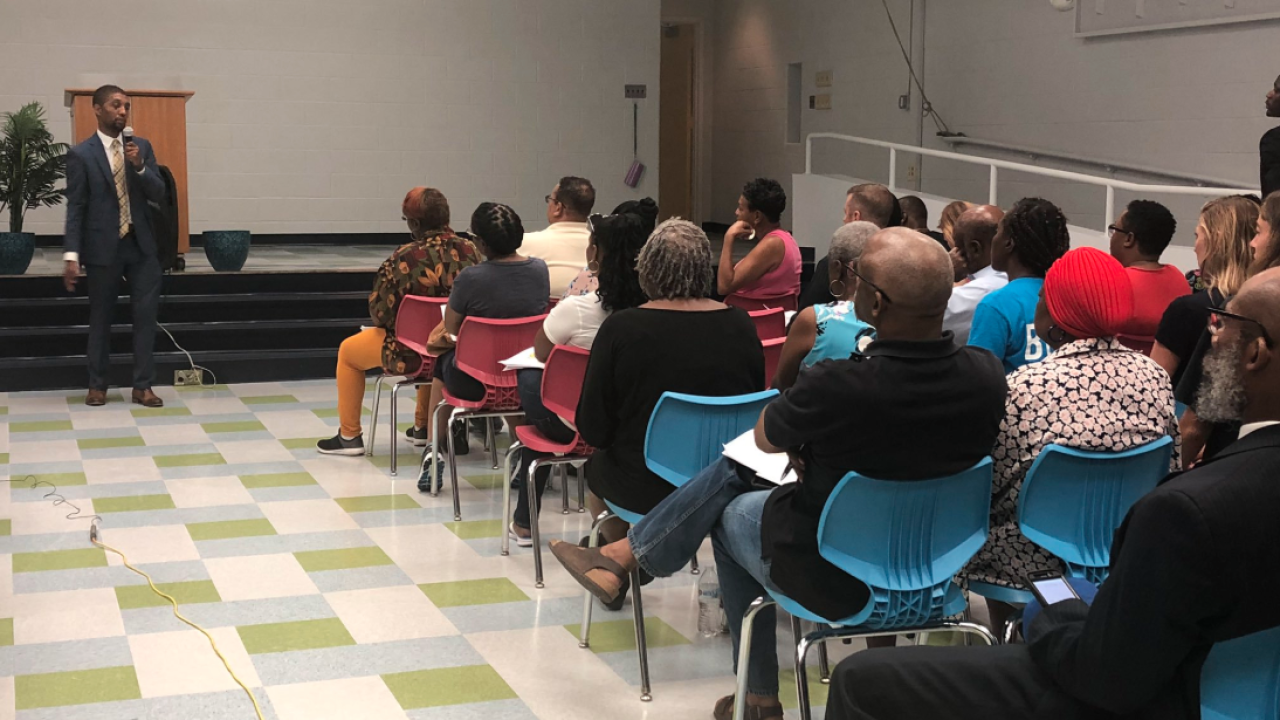 Brandon Scott started off the meeting by asking anyone to raise their hand if they feel the Baltimore City Government has been "acting efficiently, effectively and just decent over the last 35 years." No one raised their hand and Scott said no one has raised their hand when he asked this question at any of his town hall meetings.

Scott stressed he wants to fix that by changing the way the city government is run. He said more people who are elected need to be making more decisions, not those who are not chosen by the people. He then started talking about public safety.

He focused on the younger generation. He said they're opening rec centers on Saturdays now. He expressed how they are working on hiring people for the fall and hope to have them open every day, eventually, since they helped him so much growing up.

Scott wants a new crime plan every two years. He also wants better control of guns to reduce the violence.

"We have to start dealing with the flow of illegal guns in the city. We have to hold the people responsible who are purchasing guns in other states bringing them here," said Scott. "We have to target those people as well."

Scott took questions from the community throughout the night, one man asking about consequences for gun violence.

Scott responded, stating that on the local level they’re focusing on targeting criminals and making sure people are registering their weapon. Another individual asked who is responsible for people getting out of jail.

Scott responding saying that they're working on getting the statistics to find out why and how to fix this problem.

Another woman expressed her frustrations about her child being wait listed for a job. Scott said they are working to make sure every young person can get a summer job.

At one point a person asked who is policing the policeman, stating that they have seen officers "sleeping in their cruisers or watching inappropriate things, not protecting and serving."

Scott said internal affairs investigations are backed up and that right now it’s illegal for someone who filed a complaint to know the outcome of the internal investigation they filed. Scott asked the crowd to join him in changing that.