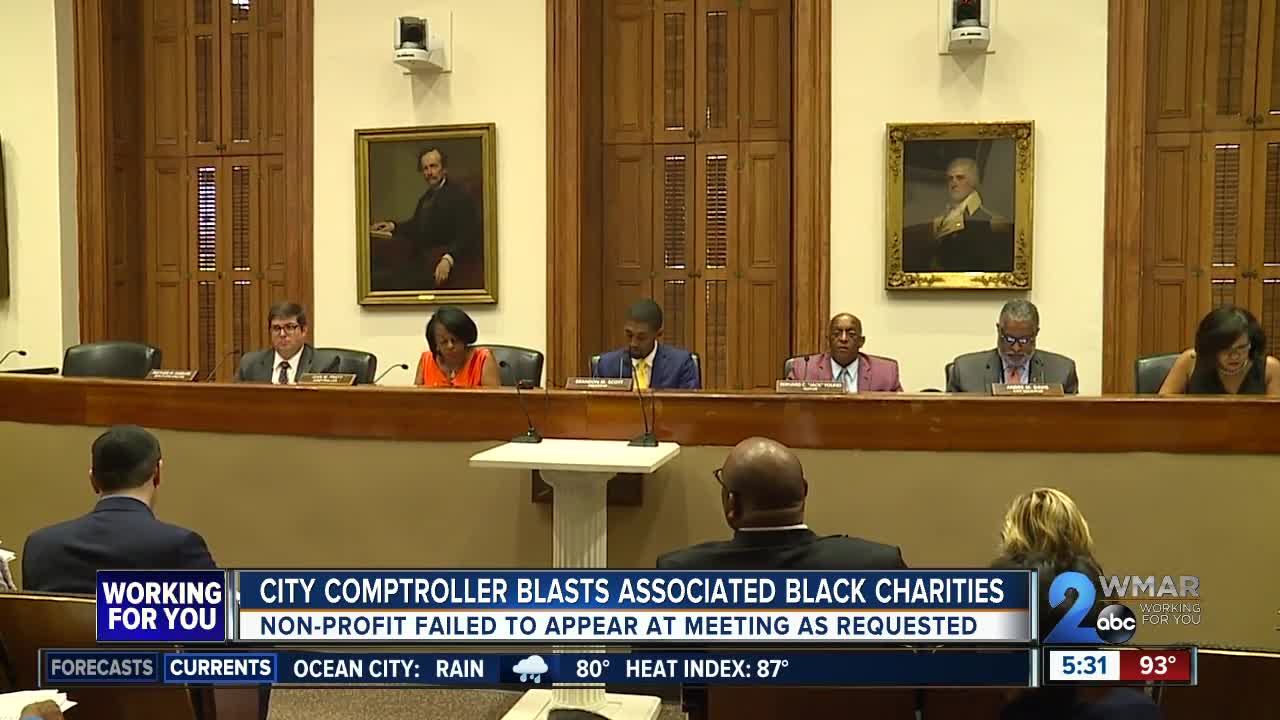 BALTIMORE — The City Comptroller called out the Associated Black Charities for failing to show up to Wednesday's Board of Estimates meeting with documents on how it decided to award grants.

In 2017, ABC was picked to manage the $12 million children and youth fund. An audit, completed earlier this month found more than 20 percent of the groups that got grants ranked lower than 40 other applicants who were denied grants.

While the audit found no bias in the selection process, Comptroller Joan Pratt wanted to see documents on how ABC made its decisions which it promised to do.

But at today's meeting, they weren't there.

"While I support the work of ABC on this very important program and the commitment to have community involvement in the selection process, it's failure to respond to the board as requested is unacceptable," Pratt said.

He say's he's satisfied with the audit and had no further comment on Pratt's concerns.