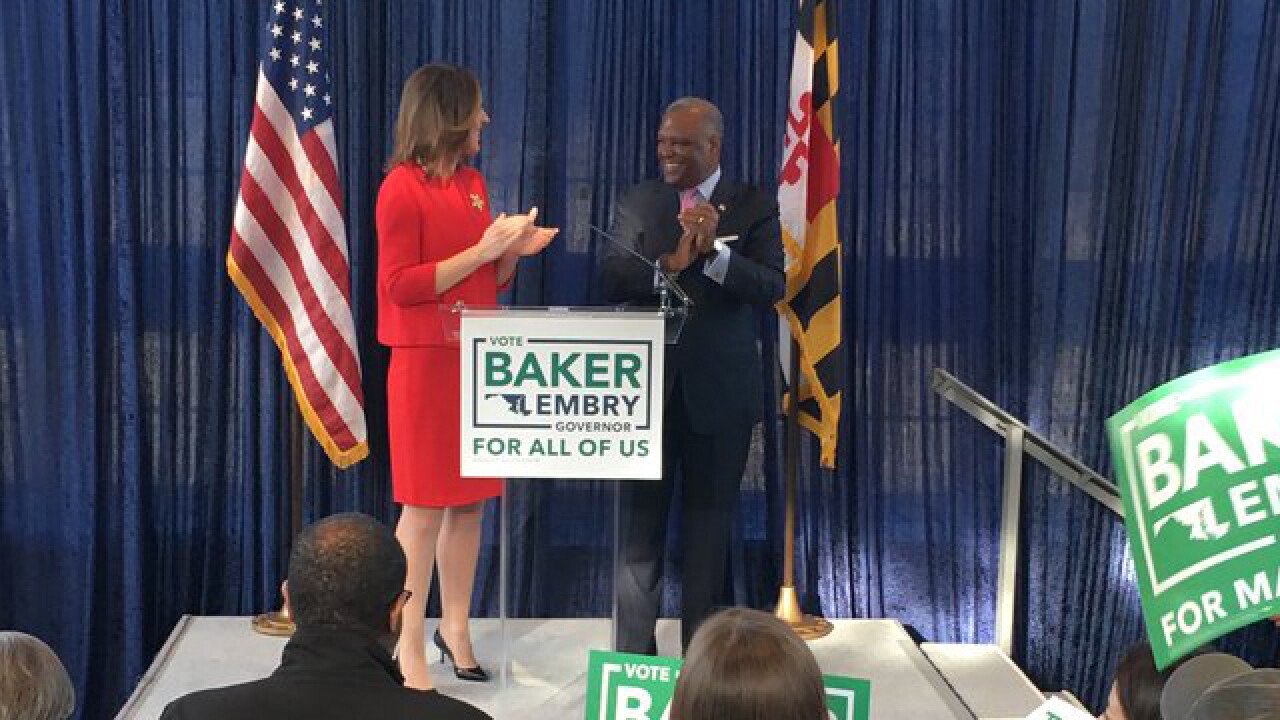 A Democratic candidate for governor of Maryland has released a plan to help the state's largest city.

Baker, who is running in a crowded Democratic primary, is describing it as the first comprehensive proposal to help Baltimore in the campaign.

Baker says Baltimore is the economic center for the state, and every state resident should be rooting for the city's success.

His seven-page proposal includes plans to try to bring back the $3-billion Red Line light rail project in the city that was scrapped by Republican Gov. Larry Hogan.