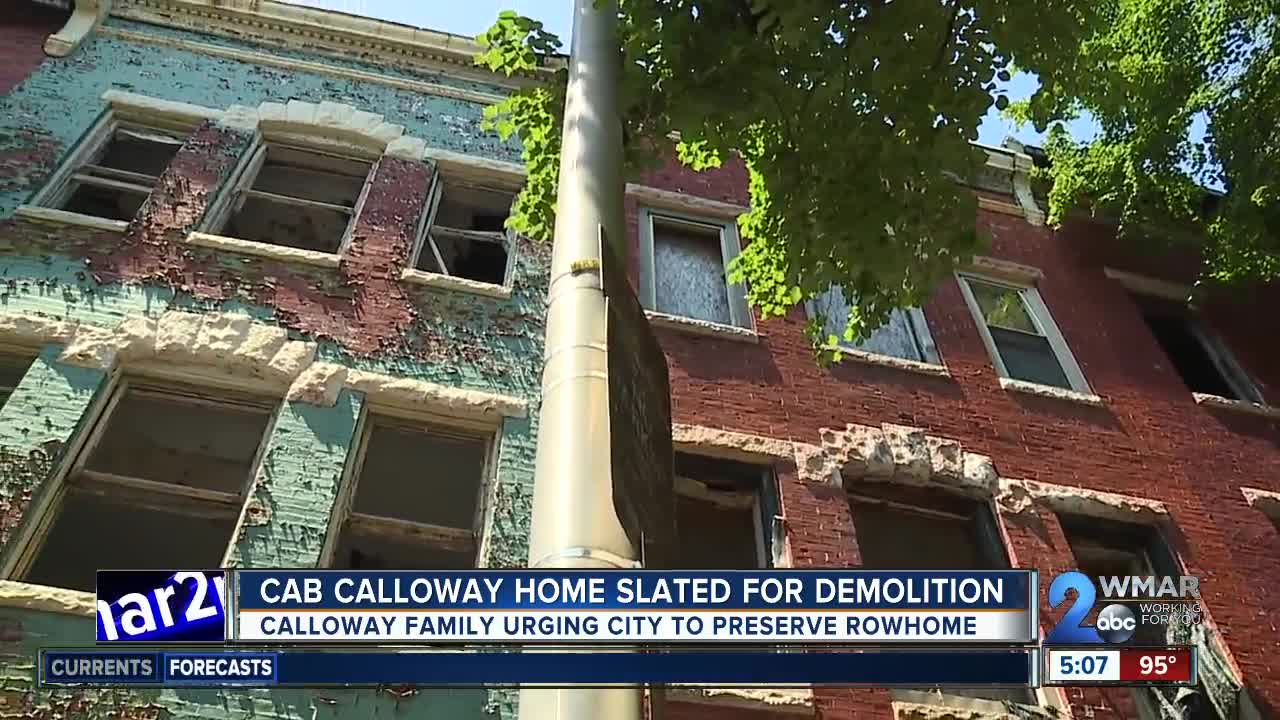 According to Cab Calloway’s grandson, Minnie the Moocher walked the streets of West Baltimore, now Cab Calloway's family urging city to preserve rowhome from being demolished

BALTIMORE — According to Cab Calloway’s grandson, Minnie the Moocher walked the streets of West Baltimore.

From the age of 11 to 16, Brooks says his grandfather learned his expression on the 2200 block.

"He really becomes as a result the grandfather of the hip hop movement and that he was the first African American to sing about the conditions in the neighborhood he came from in sort of documentary style fashion," said Peter Brooks.

It was a foundation built at 2216 Druid Hill Avenue.

The home today -- this entire block of vacant homes -- may now be slated for demolition.

The community development corporation here has been planning a large park, but it was just last month that Calloway's grandson discovered that the vacant rowhome was once home to the jazz great.

"I just tried to tell everybody I could that wait a minute, don’t demolish this house. 17,000 other houses you can demolish, but put this one last on the list if at all because there may be a potential here and opportunity to better the city and bring tourists in," Brooks said.

He is not alone.

"This is really the last home in this area where Cab Calloway lived in that has not been demolished,” said nearby Marble Hill resident Marti Pitrelli, “and there really is nothing in this area to commemorate Cab Calloway and the great history, so there is an asset here, there is a potential for tourism here."

Pitrelli began the effort to save this home when she stumbled upon its significance.

It’s a no-brainer to connect this with the growing effort of the historic designation of Pennsylvania Avenue -- celebrating the rich African-American heritage of this neighborhood.

Calloway's grandson says he wants to work with the city and the community association -- hoping to strike a chord the entire country would hear.

"All I am saying is, before you demolish it, take a moment and think about it, and let’s see if we can do something that’s positive for the people here in this community," Calloway's grandson said.

The commission for historical and architectural preservation -- or CHAP may also get involved in this issue, the board’s next meeting is scheduled for July 9.