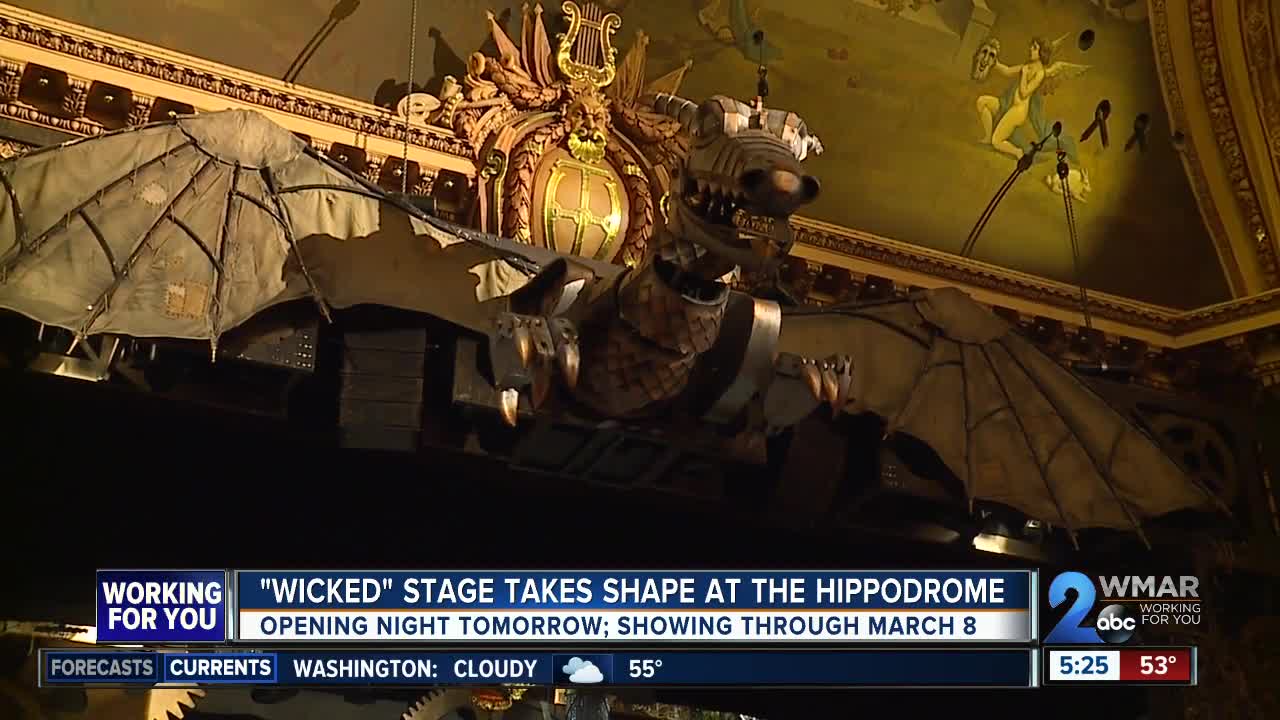 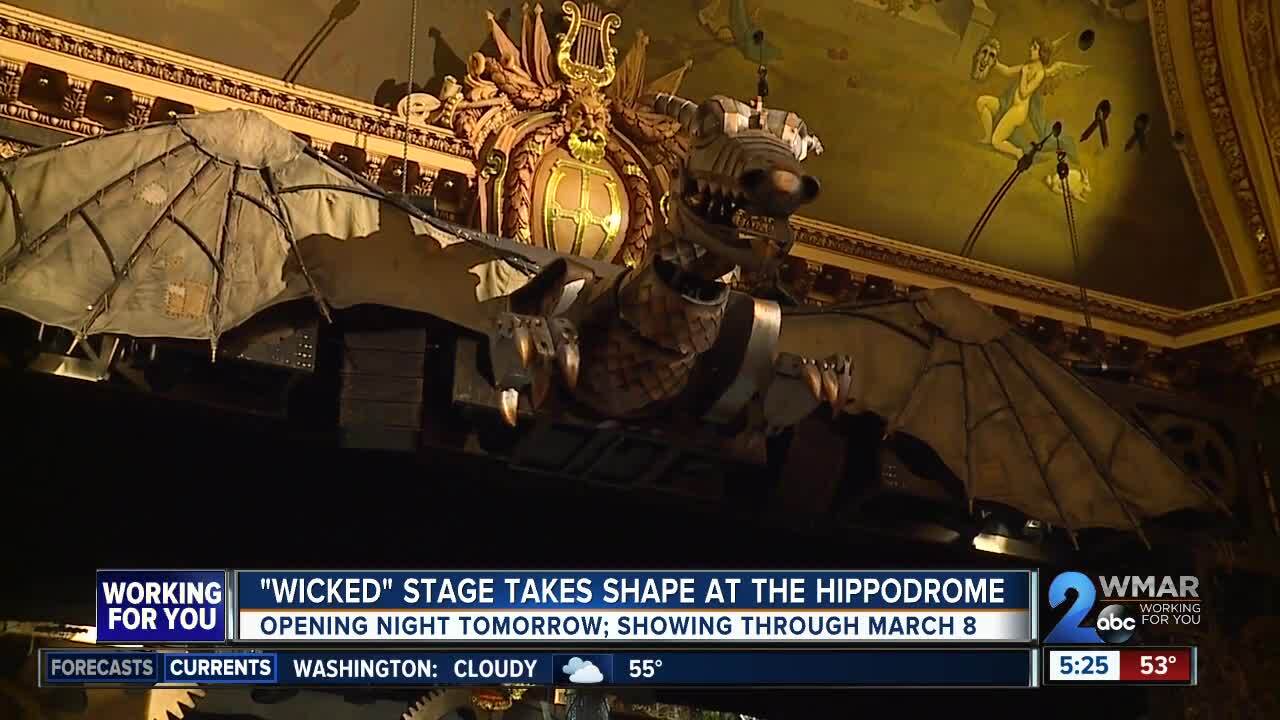 BALTIMORE — The Wicked Witch of the West has left Oz and is coming to Baltimore.

The Broadway hit 'Wicked' will soon be playing at the Hippodrome.

Crews were putting the stage together, which was packed up in 11 trucks.

It will take about 100 people, 30 hours to get the props, stage pieces, lights, sound system, and everything in place in time for the show.

"The show not only has a good story and somewhat recognizable characters for most people, but it also is a spectical," said David O'Brien, production stage manager. "So, there is flying, there is magic, there are a lot of things where you go 'Wow! I wonder how they did that.'"

Opening night at the Hippodrome is Wednesday and there are plenty of chances to see 'Wicked.'

There will be eight shows a week for the next four weeks. The last showing is on March 8.