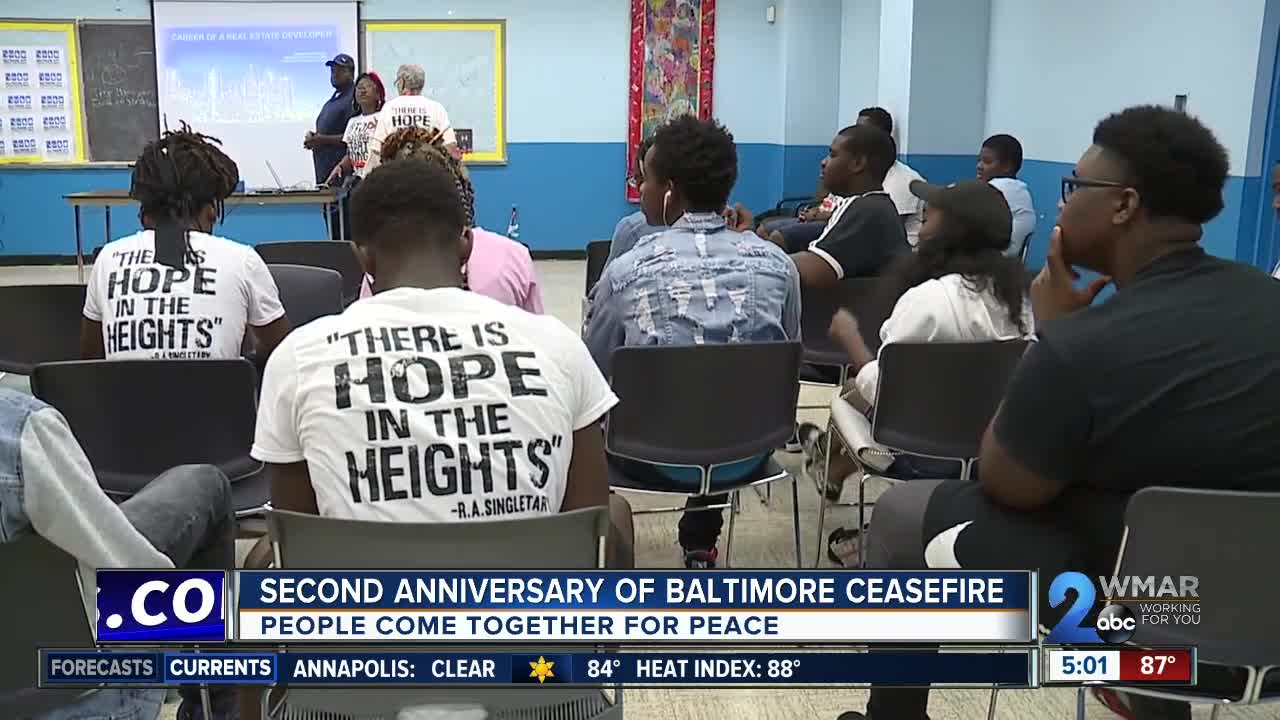 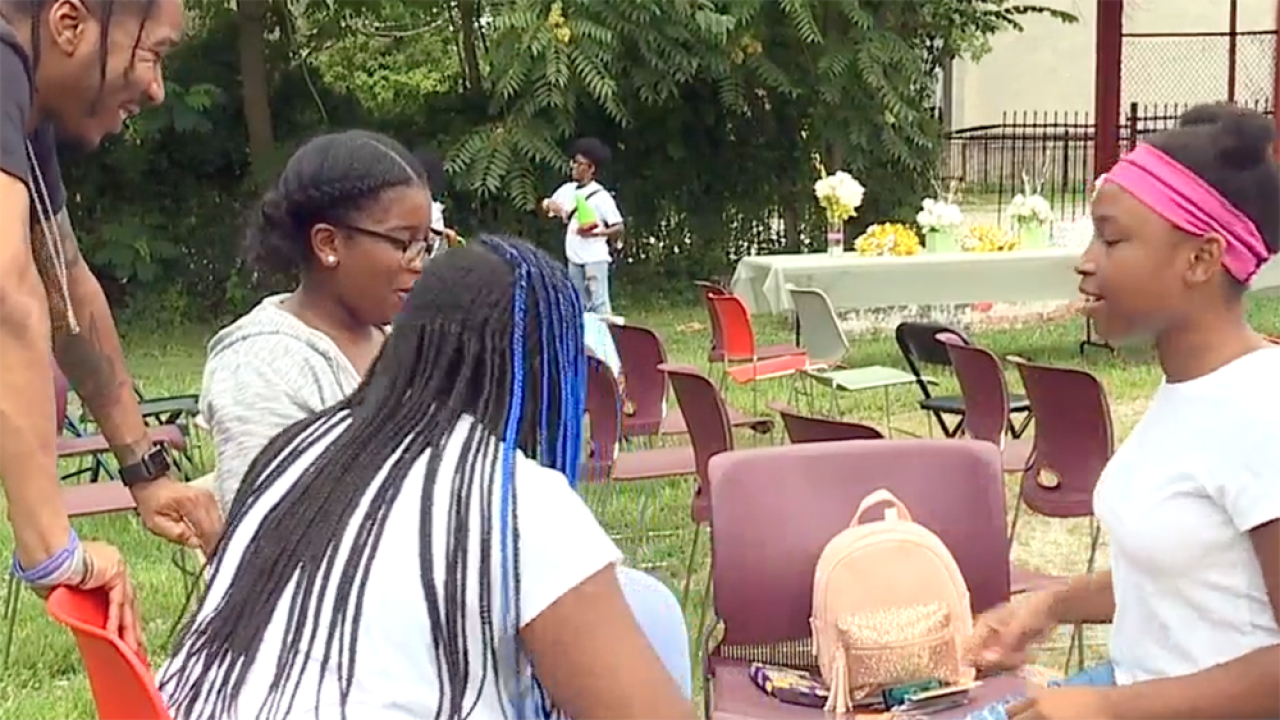 BALTIMORE — Two organizations are hoping to impact the Park Heights community through their summer initiatives. Their programs both teach the next generation lifelong skills and bring positivity back into the Northwest Baltimore Neighborhood.

Sisters Saving the City Inc. took 50 youths from ages 13-21 and introduced them to businesses in fields spanning from S.T.E.A.M to entrepreneurial venues. Founder Catheryn Cooper-Nicholas says the drive of the youth has shined in the program this summer.

“Whatever they come here to do, they take ownership. With the entrepreneur program we don’t allow them to go corner stores for safety reasons, so they set up a store,” she said.

Cooper-Nicholas, who had lost her own son to violence, created the organization to empower youth and provide a safe space for them. Aside from its summer program, the non-profit offers after-school services during the school year.

This weekend the teens planned a block party to kick off the August Ceasefire. They were completely in charge of setting up everything at the party from the games to grilling and serving the food.

“This community doesn’t have a lot of positive things. We can be the positive force in this community to be like, 'okay guys, let’s come together,'” said youth worker Tamia Brown. “Let’s have a good time. We can eat good; we talk, and we playing games. That’s real important so people can feel safe and have fun.”

Erricka Bridgeford, a prominent anti-violence voice in the city and the co-founder of the Ceasefire, says that Sisters Saving the City is an example of some of the hard work residents in Baltimore do to improve their communites.

“We do love ourselves, and nobody can come and tell us that we don’t. This is a perfect example of what we’re doing just because we love us and we know we deserve life,” she said. “ It proves people wrong when they wanna talk trash about us.”

Up the road at the Park Heights Renaissance, another group of young people are changing their neighborhood through a community arts project.

The project is a mural through the center’s Summer Youth Initiative, which is a collaboration between the center, Baltimore Clayworks, Youthworks, and Safe Streets. With the help of artist Herb Massie, the teens are creating an anti-violence themed tile mural. They plan to unveil it at Shirley Avenue Park by the end of the summer.

The mural isn’t the only activity the youth in the program have done this summer. The center has also brought guest speakers to speak to the teens on different topics. They have even gotten the chance to write their own books, allowing them to reflect on their pasts and heal from their traumas

Like Taniyah Kutcherman, a Western High School Senior, whose book talked about the teen’s changes in friendships and her dreams of going to college. She and her peers are proud of the work they’ve done this summer and the impact it will have on their neighborhood.

“Through this mural we want to bring positivity and spread the message of being non-violent and just bring a positive vibe to the community,“ Kutcherman said.

When the mural is finished it will hold a powerful message for the residents of Park Heights: "There is hope in the Heights."

To donate to Sisters Saving the City https://sisterssavingthecity.wedid.it/ or visit the non-profit’s facebook page at https://www.facebook.com/Sisters-Saving-the-City-765170580357820/.