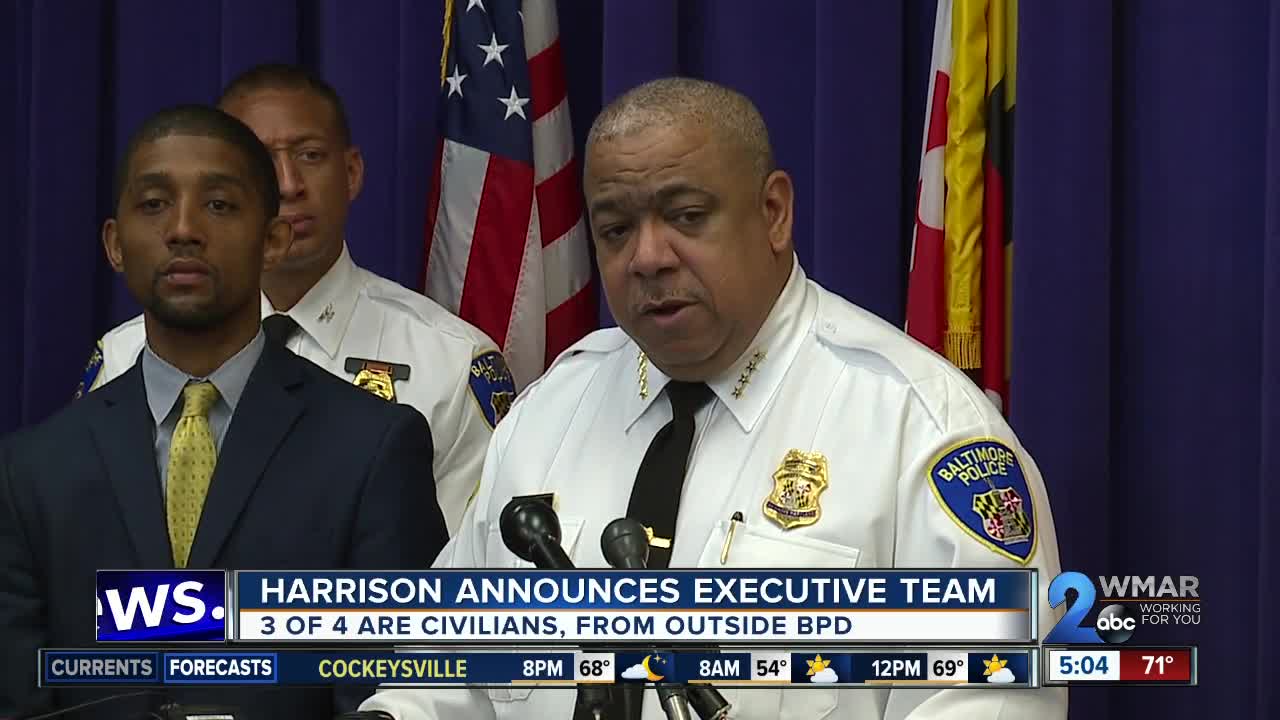 Under Baltimore Police Commissioner Michael Harrison's restructuring of the department, three of his four highest level commanders are civilians. 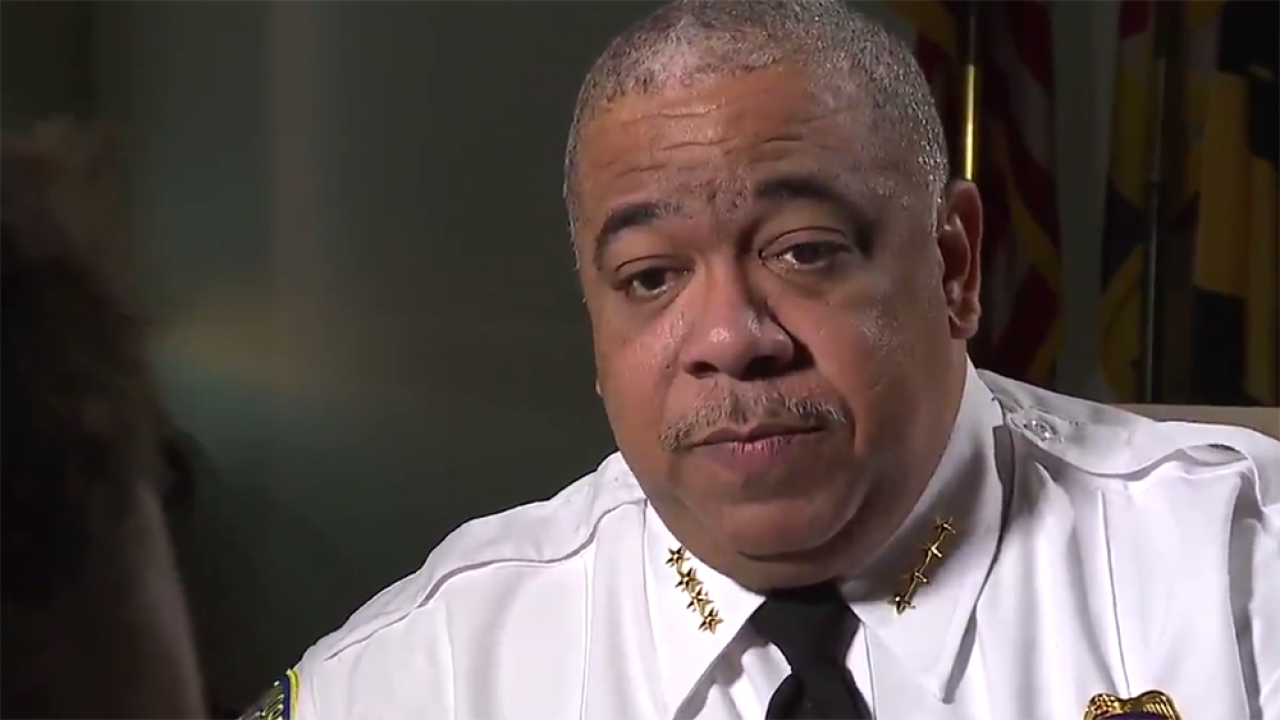 BALTIMORE — Flow charts are rarely must-see TV, but it is important to note that under Baltimore Police Commissioner Michael Harrison's restructuring of the department, three of his four highest level commanders are civilians, and many of which came from outside the department.

“It speaks to what we are trying to accomplish here by turning this department into the best department in the country," Harrison said at a press conference Tuesday, "people understanding this vision, this mission.”

That vision, Harrison added, is to get the department into compliance with the consent decree while battling crime and a dated police culture.

The commissioner’s latest recruits include Michelle Wilson, who will oversee the Public Integrity Bureau or Internal Affairs.

Deputy Commissioner Wilson comes from the Attorney General's office and was a city prosecutor.

“I think it is critically important that we have the public's trust, and that they know that they can come to us with any complaints, any issues and that they will be investigated to the fullest extent,” Wilson said.

Harrison says he could have been a big city chief anywhere but chose to join the team in Baltimore from the Louisville Police Department and will be in charge of operations.

“What I can tell you is that in spite of it all, what you see here before you represents people who want to be here and want to be part of the solution,” Harrison said.