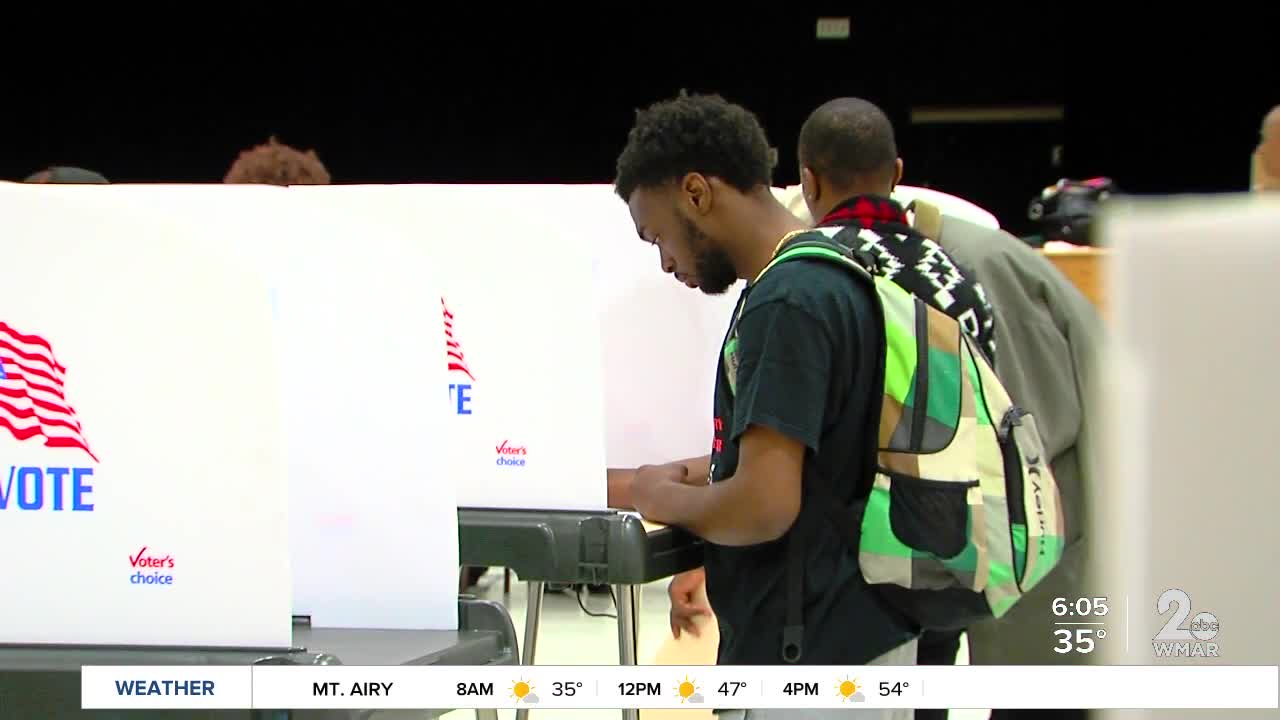 BALTIMORE — The Maryland Board of Elections voted Wednesday afternoon to use mail-in ballots for the June primary.

Last week, the Governor asked the Maryland Board of Elections to recommend how to hold a primary during a pandemic.

On April 3, Hogan is expected to make a final decision.

Practicing social distancing and staying six feet away from poll workers and other voters isn't always easy at a voting center, especially during a busy presidential election year.

Poll workers may be older adults who also are most vulnerable to the dangers of the coronavirus.

Following the recommendations of health officials, the State Board of Elections voted Wednesday afternoon to not have voters cast their ballots in person for the June 2 primary.

Instead, all voting will be done by mail.

Voters will be sent a ballot with a pre-paid envelope to be placed in the mail or drop box.

Governor Hogan announced last week that the special election for the seventh congressional district scheduled for April 28 will be held by mail.

That seat was vacated by the late Elijah Cummings who died in October.

The special election is only for those living in Maryland's seventh congressional district. The two candidates are Democrat Kwesi Mfume and Republican Kim Klacik.