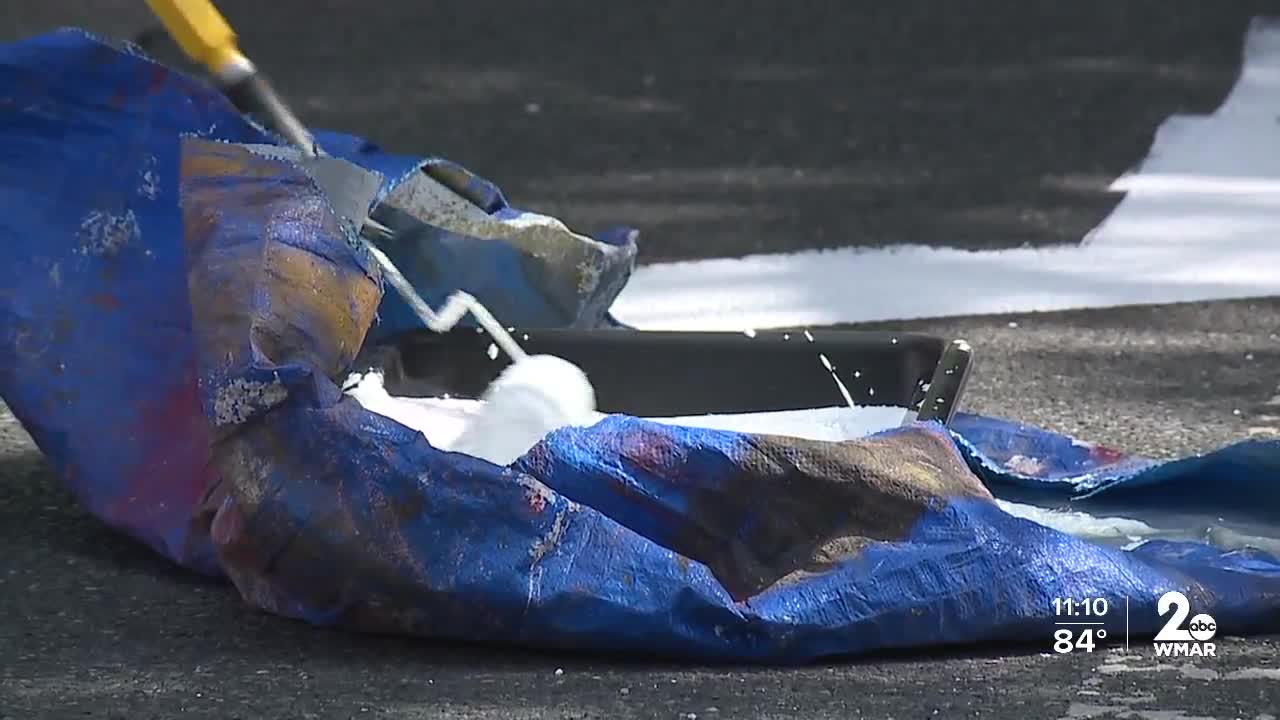 If you drive through Charles Village this weekend you’ll see part of history that was created tonight. 2 blocks 4 words- Black Trans Lives Matter.

BALTIMORE — If you drive through Charles Village this weekend you’ll see part of history that was created tonight.

The city shut down part of N. Charles Street so volunteers could paint the message.

She said this is a step but long way from where they need to be.

“We need your help, we need help getting vocational training, places to stay, places to live. Just being there for us as a whole,” Dammons said. “You’re here today while we’re trending, while we’re the likes while we’re making the TIMES cover magazine. We still need your support tomorrow and when The show is over.”

“Blue, pink, and white which are the colors of the trans pride flag,” said Jaimie Grace-Alexander. “We lcould’ve done it rainbow like a pride mural, but I think it’s again really important that this is a specifically trans message.”

Valorie Lacour with the Department of Transportation said this is possible because of a city initiative called Row Art.

It allows groups to paint letters of support on public right of ways.

“If the department of transportation can support bringing communities together, letting them do their own identification in their neighborhood it’s a good thing,” Lacour said.

This is the same paint the DOT uses for pavement markings.

This will actually help the paint stick quick, and it's supposed to last up to a year.