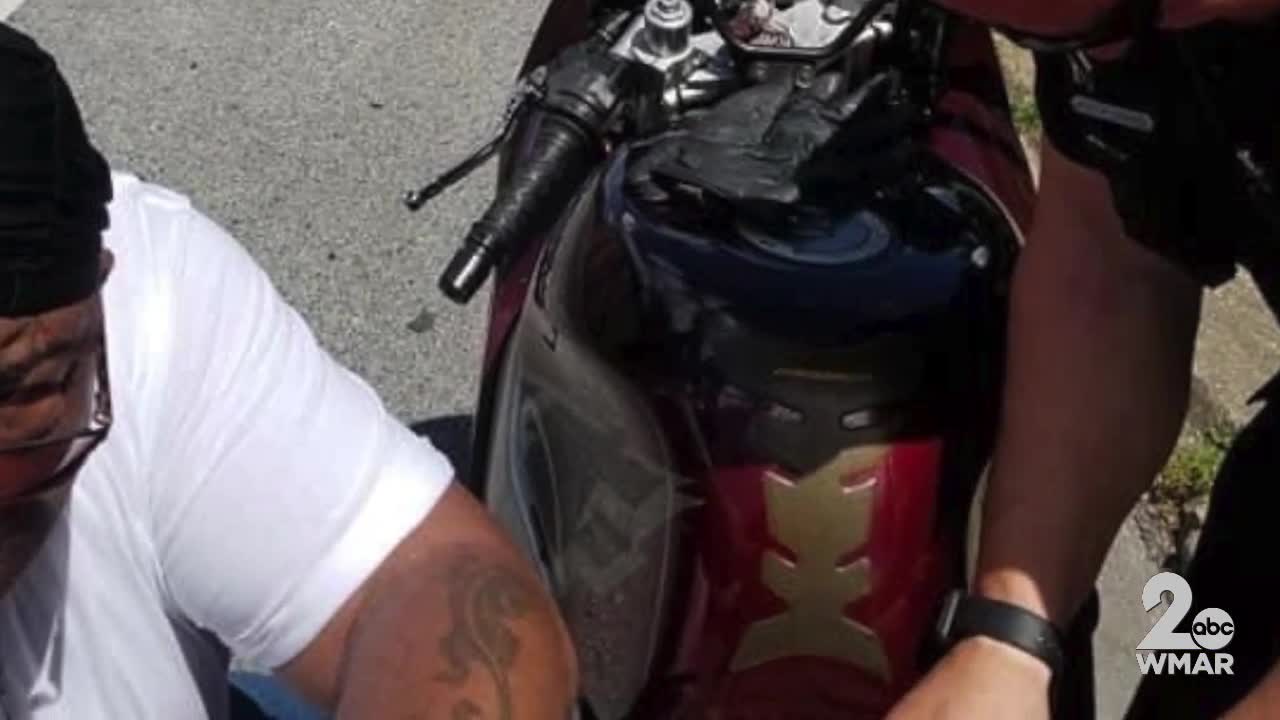 A Baltimore biker is showing some love for a local police officer after he helped during a motorcycle breakdown.

BALTIMORE — A Baltimore biker is showing some love for a local police officer after he helped during a motorcycle breakdown.

Tabatha Kirksey wasn't expecting to have an encounter with local police while riding her motorcycle Sunday.

"For him to pull over, I just thought he was trying to make sure we were safe," she said. "I didn’t think he rode motorcycles."

Turns out the officer, who was identified as Scott Steven, knew his way around bikes.

"He told me wrecked a few in the past and that's how he learned to fix them," said Kirksey.

Within 10 minutes, Officer Steven had the bike working again.

"The next thing I knew we had pulled off the seat and he checked the wiring. He said, 'that’s it,' and that’s where you see the picture of him on the side working the ground wire. He cut it, stripped it, fixed it, jimmied it down, pulled out my tools and he fixed it.”

In addition to Kirksey's verbal thank you and hug, she posted pictures of the officer's mechanical work to Facebook.

The post has since gone viral, being shared more than 125,000 times.

Kirksey, who's also known as Sassie Lady in her motorcycle club Untamed Legendz, hopes her story helps remind people of the good deeds done by members of law enforcements, especially during these times of unrest.

"Not all cops are bad and I truly believe that," she said. "I have family members that are police officers so I respect the uniform, I respect the people. Some bad apples should not spoil the whole bunch. This officer got dirty helping me and I'm thankful."