Battle of the billboards: PETA claws back with new ad in Baltimore 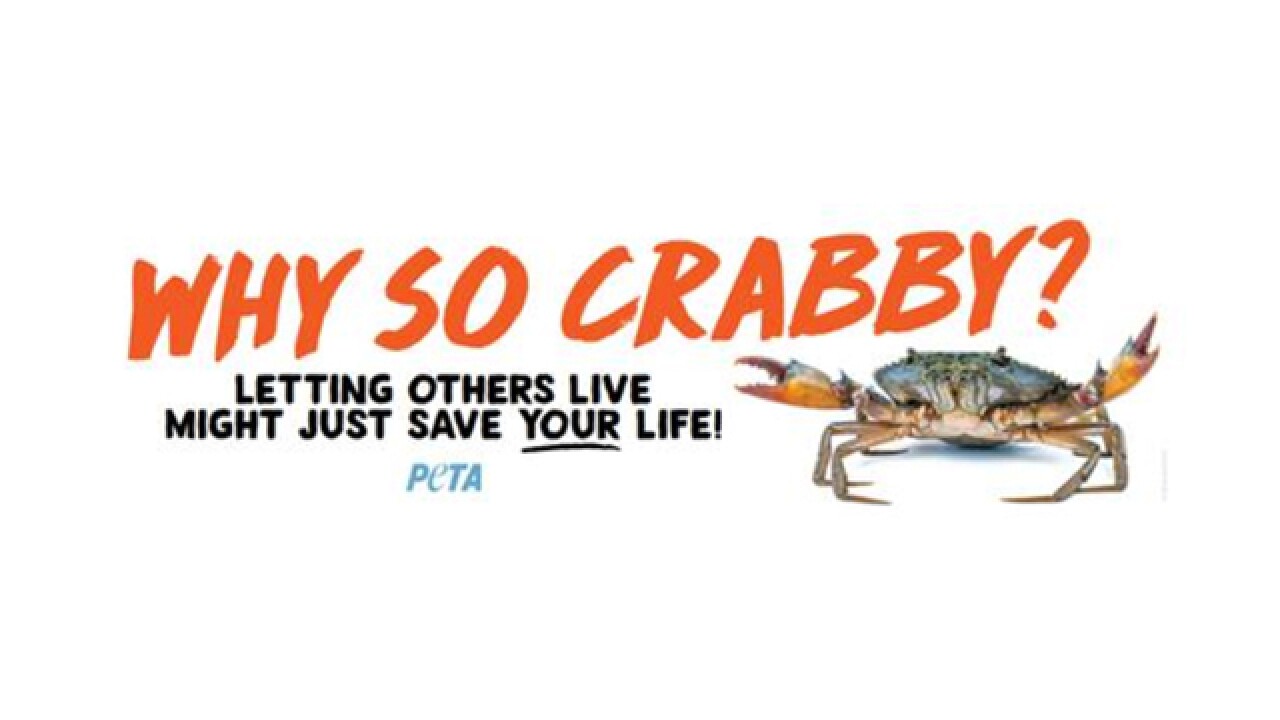 Copyright 2018 Scripps Media, Inc. All rights reserved. This material may not be published, broadcast, rewritten, or redistributed.
<p>Courtesy: PETA</p>

All of Maryland has been following this beef, or as others would say...the "crab wars."

The animal rights group, PETA has a new billboard coming to Charm City in response to Jimmy's Seafood's recent billboard and Marylanders reaction to their first billboard plastered downtown.

PETA is getting a little snappy! Their new ad will say, "Why So Crabby? Letting Others Live Might Just Save Your Life!"

They say the new billboard is aimed at those who argued at the thought of their message to spare seafood and turn to veganism.

"PETA's suggestion that crabs could be treated with kindness, not Old Bay seasoning, got some people all steamed up," says PETA President Ingrid Newkirk. "With so many delicious fishless fillets and crab-free cakes available these days, lots of diners are leaving sea animals off their plates and letting them live unmolested in their aquatic homes."

The organization says they offer free vegan starter kits as well as a recipe for animal-free crab cakes that go well with their vegan Old Bay seasoning. For more information, click here.