Baltimore student choirs appear together on 'The View' 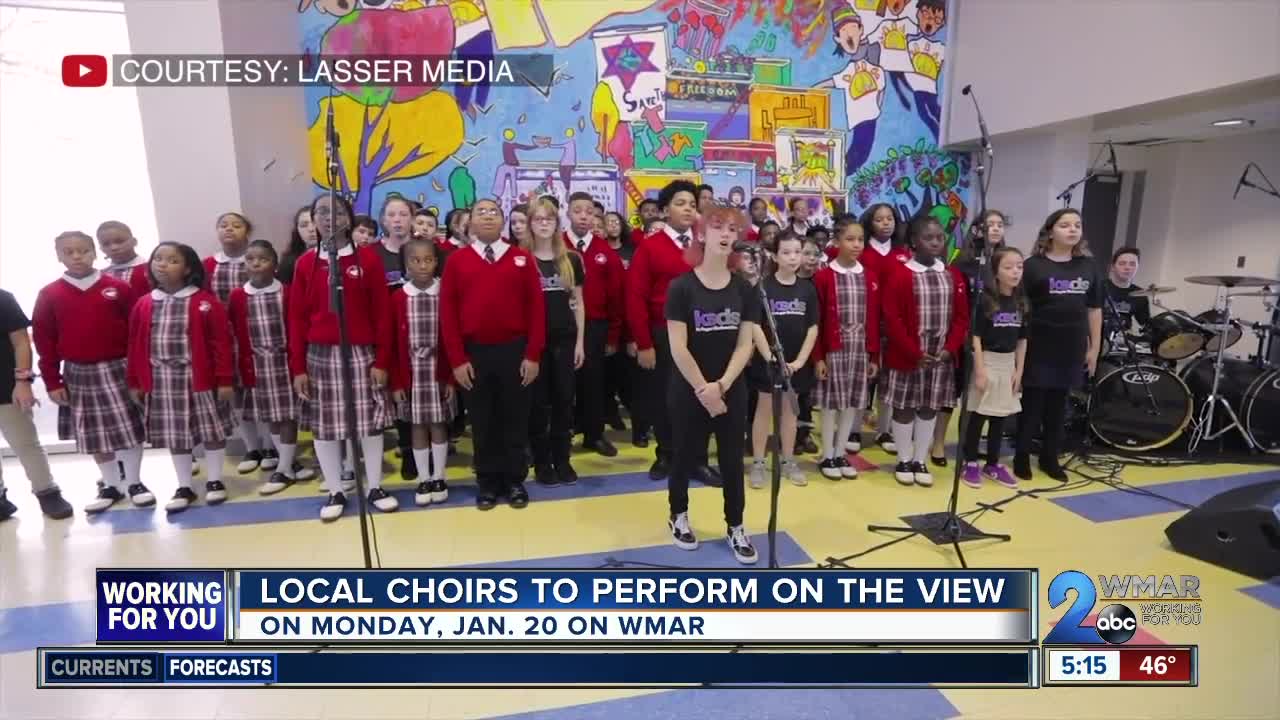 Student choirs from Krieger Schechter Day School (KSDS) of Chizuk Amuno Congregation in Baltimore and the Cardinal Shehan Catholic School of Baltimore Choir appeared together on The View.

BALTIMORE — Student choirs from Krieger Schechter Day School (KSDS) of Chizuk Amuno Congregation in Baltimore and the Cardinal Shehan Catholic School of Baltimore Choir appeared together on The View.

On Tuesday, members of both choirs traveled by bus to New York to appear on the show’s episode that will honor Dr. Martin Luther King Jr. and air on January 20.

The View appearance is the second for the Cardinal Shehan choir, which performed in 2017 for host Whoopi Goldberg’s birthday.

"Together, with both choirs, we are able to show our city and now our country that we do not have to let differences divide us,” said Harrison Fribush, a 14-year-old drummer and KSDS student who has donated $5,000 to both Believe in Music and the Cardinal Shehan Music Program. “We can all work towards discovering shared passions with each other, and using our shared passions to help us build communities and make a difference in the lives of others.”