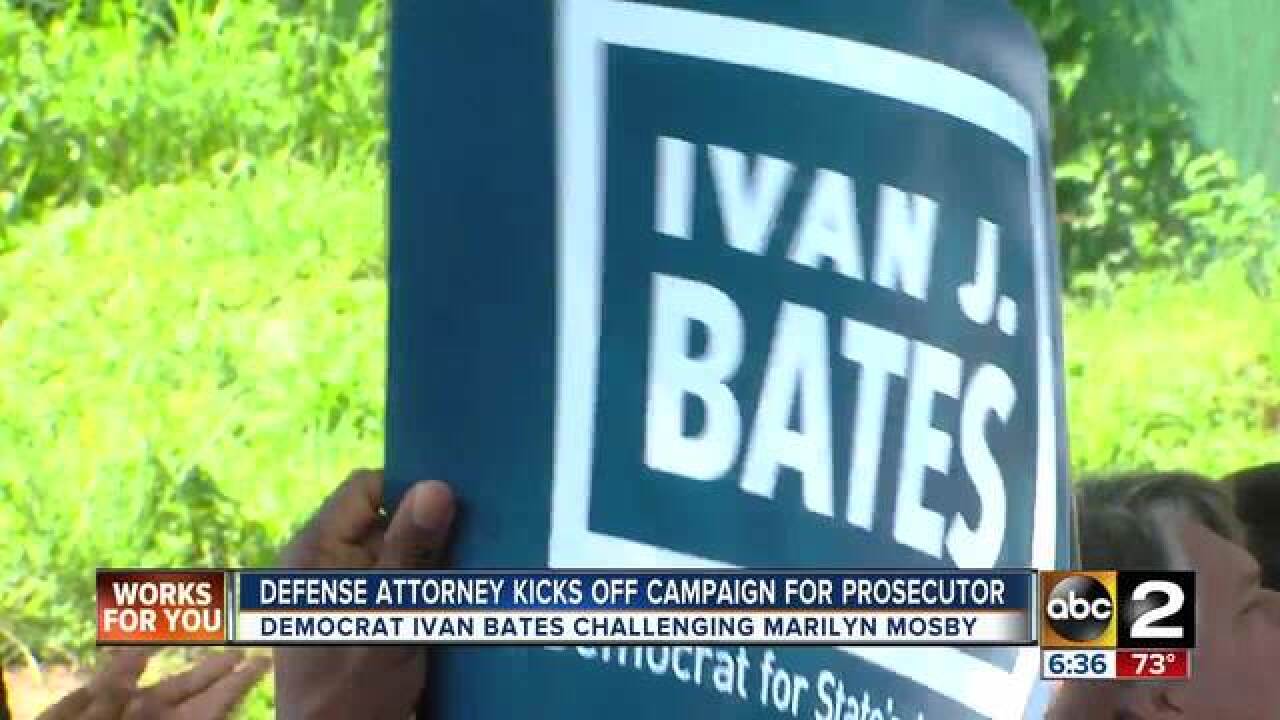 A crowd of dozens of supporters listened intently as Bates stated, “We are losing our city to crime. We are constantly in a state of mourning”.

Baltimore is on track to hit more than 300 murders for the third year in a row.

Restoring hope and trust in the criminal justice system in charm city are among Bates' three main running points.

The Democratic Primary is set for June 2018.