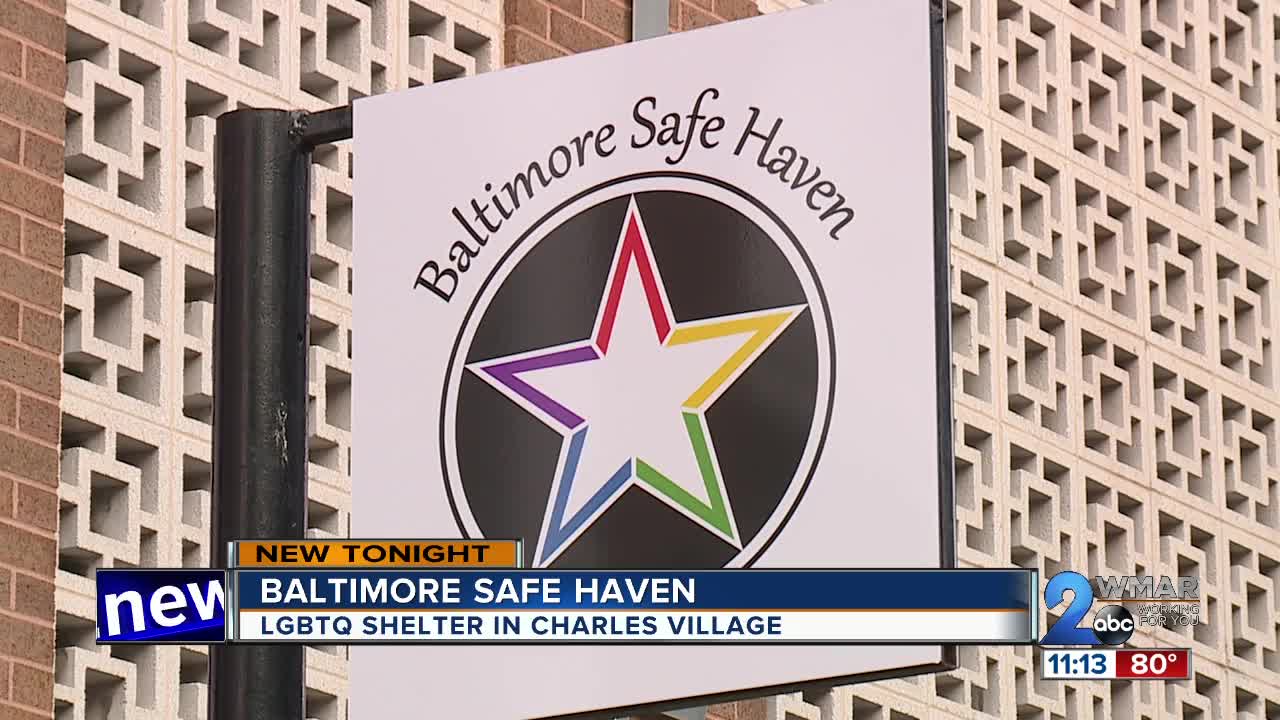 BALTIMORE — All too often members of the LGBTQ community are forced into a life of drugs and prostitution.

In Charles Village, Baltimore Safe Haven is about to open its doors to help change that.

The rainbow steps leading up to 2117 North Charles Street bring you into a place Iya Dammons is creating to make people in the LGBTQ community feel like home.

“Survival mode is when someone is actually living in the streets, and they don’t know where they are going to live the next day which leads to addiction,” said Dammons. “We want to make sure we answer those calls to the people that people don’t normally pick up the phone for. We’re picking up the phone on the other end and saying sister I got you. For us, by us, and this is Baltimore Safe Haven.”

Dammons is the Executive Director of the center.

When you walk in there is a check in room where anyone can come to escape the outside world.

“This here sets a tone for Baltimore to say that we care, and that we belong and they care about us. This is basically for a community who has no one, who’s living in survival mode. Someone’s listening, we care.”

Inside simple things like a mailbox for proof of address, a place to take a shower and get a change of clothes.

“We have our clothing rack with some nice garments here as well,” said Meghan Giselle Perkins. “You want to feel fabulous honey.”

Perkins has seen first hand how ugly the world can be towards transgender people.

“I was bullied. I was chased. I was abused. I was threatened,” Perkins said. “I’ve been molested, I’ve been raped, I’m not afraid to say that because that is past me. That’s what brought me to this point because I want to help the next child avoid that.”

Brittany Fleming inspired them to get to this point.

She died from an overdose in April, and Dammons said that loss inspires them to prevent anyone else from going down that path.

“I’m happy to see the next person do something with their lives,” Dammons said. "There is no awards for this. There are no trophies. I gave up my salary for this center.”

There will be 5 bunk beds that will give ten people a place to stay, a classroom where people can work on a resume and learn how to become financially independent.

“Charles Village is also known for prostitution in this area,” Dammons said. “We want to be here to educate our people that their better than this. To empower them to know that life has so much to offer them.”

Baltimore Safe Haven will open their doors September 15 with a grand opening party at 1 p.m.

“We want everyone to feel loved and feel like they’re at home when they come here,“ Perkins said.

Ready to give the often forgotten or put aside a chance to build a better life.

The non-profit is possible because of donations, so if you want to help click here.