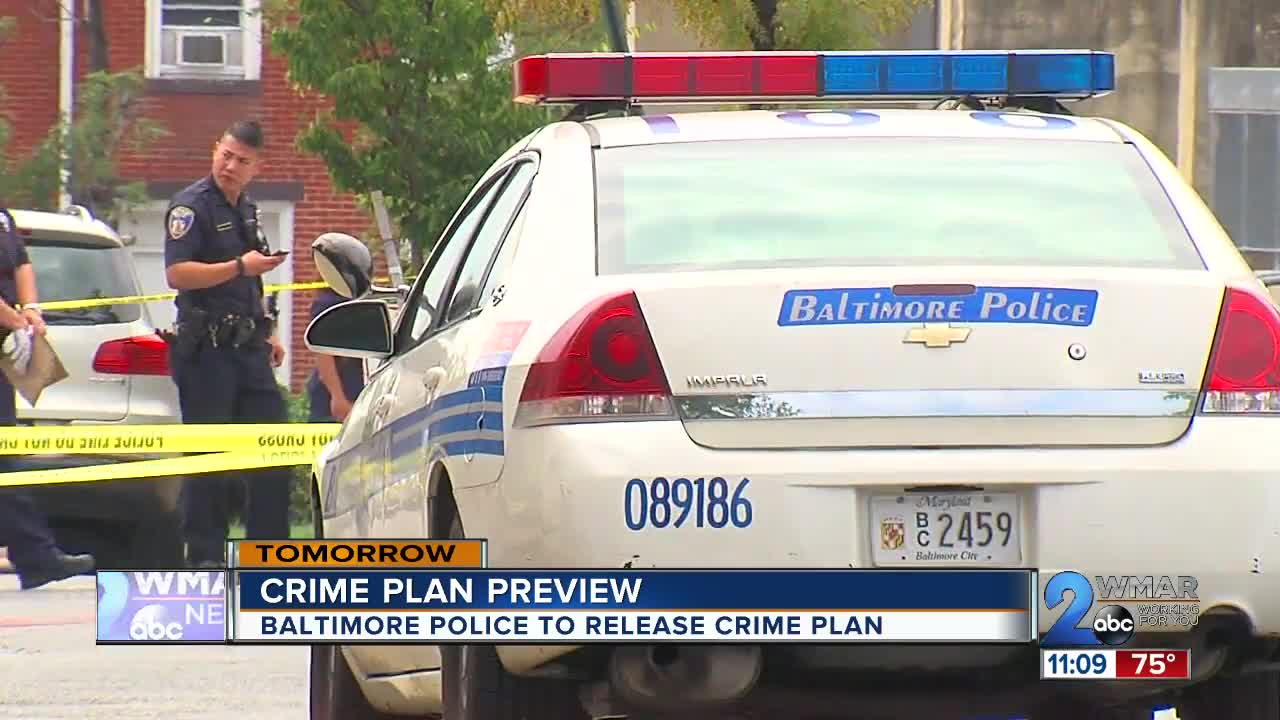 The future of policing in the city of Baltimore will be a lot clearer Thursday morning when city leaders release the new crime plan.

BALTIMORE — The future of policing in the city of Baltimore will be a lot clearer Thursday morning when city leaders release the new crime plan.

Since Commissioner Michael Harrison took over, the pressure has been on to create a comprehensive plan to tackle the escalating violent crime rate.

On Wednesday night Harrison and Mayor Jack Young were ready for a Violence Reduction Initiative Walk in Pigtown that was rained out right before it started.

“All of our department and all of our citizens and our stakeholders and our electorates, we all want to be together and we’ll talk about that together tomorrow,” said Harrison. “It’s just going to require a little bit of patience.”

Since he took over as commissioner in February Harrison has been in communities all over the city.

His team is compiling data and making changes as the homicide number reached 177 for the year.

Parts of the plan he has revealed include creating micro zones where they focus efforts on high crime areas, increased accountability, and foot patrol.

“How can we actually help the community?” Wesley Hawkins asked. “Instead of just, you know looking at things just the shell level of condemning people for their circumstances and their situations. I believe in the commissioner. I believe in the things he is bringing to Baltimore and I would to see these things go into place.”

Hawkins is the founder of the Nolita Project and is no stranger to the violence of the streets.

He grew up in and out of Abandiminiums, a slang term for the abundant vacant housing in some neighborhoods, and foster homes.

While working his way through college, he saved and adopted his youngest brother Elijah.

“These people are starving and what I mean by starving is not that they don’t have food that they can put in their bodies, but the actual nutrition around the community,” Hawkins said. “It’s not proper nutrition, there’s too many liquor stores in our communities. The violence and the crime is due to a reaction from the conditions that our people live in.”

He believes in Harrison-- and wants to see how he carries through on his calling of being hard on crime and soft on people.

Through the Nolita Project he mentors and guides young people in the city to a better life.

“His mother may be strung out on drugs. He might be living in an abandoned house. He might be homeless. His father might be incarcerated. His parents might be deceased. There’s different issues and reasons why these kids are reacting to what’s going on.”

If the crime plan is approved by the state, Governor Larry Hogan has committed nearly $13 million to help fund it.