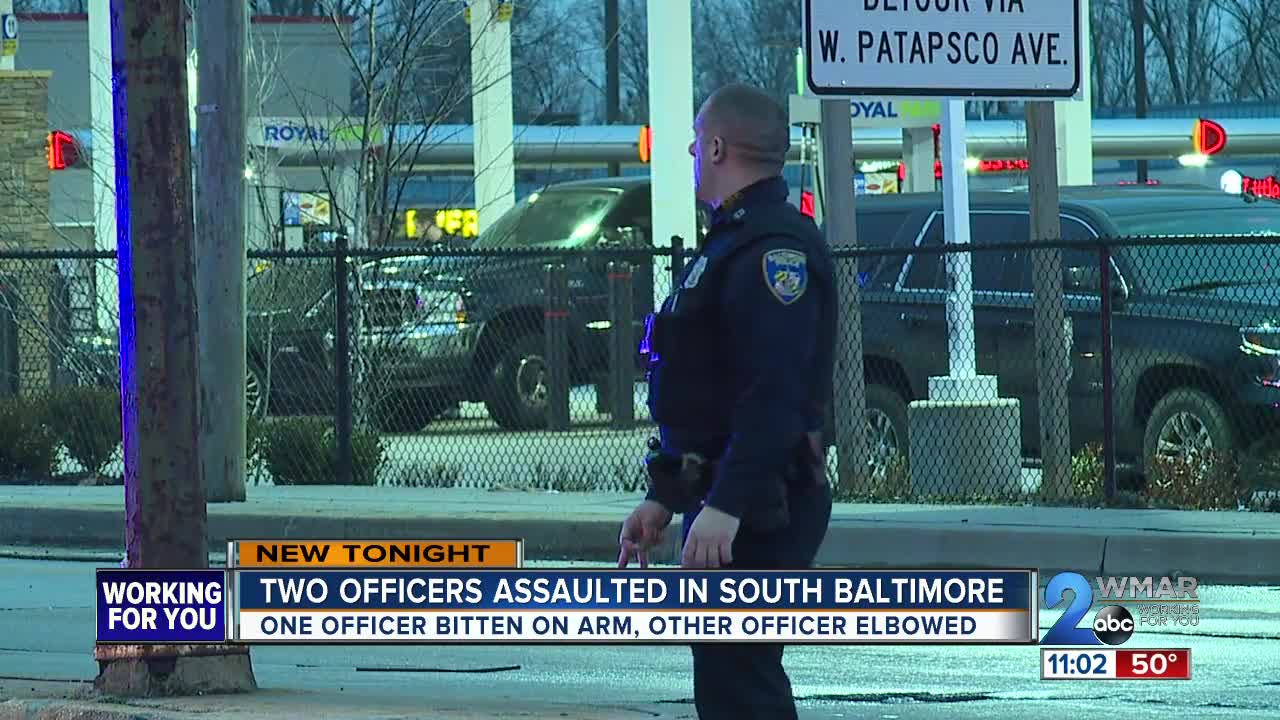 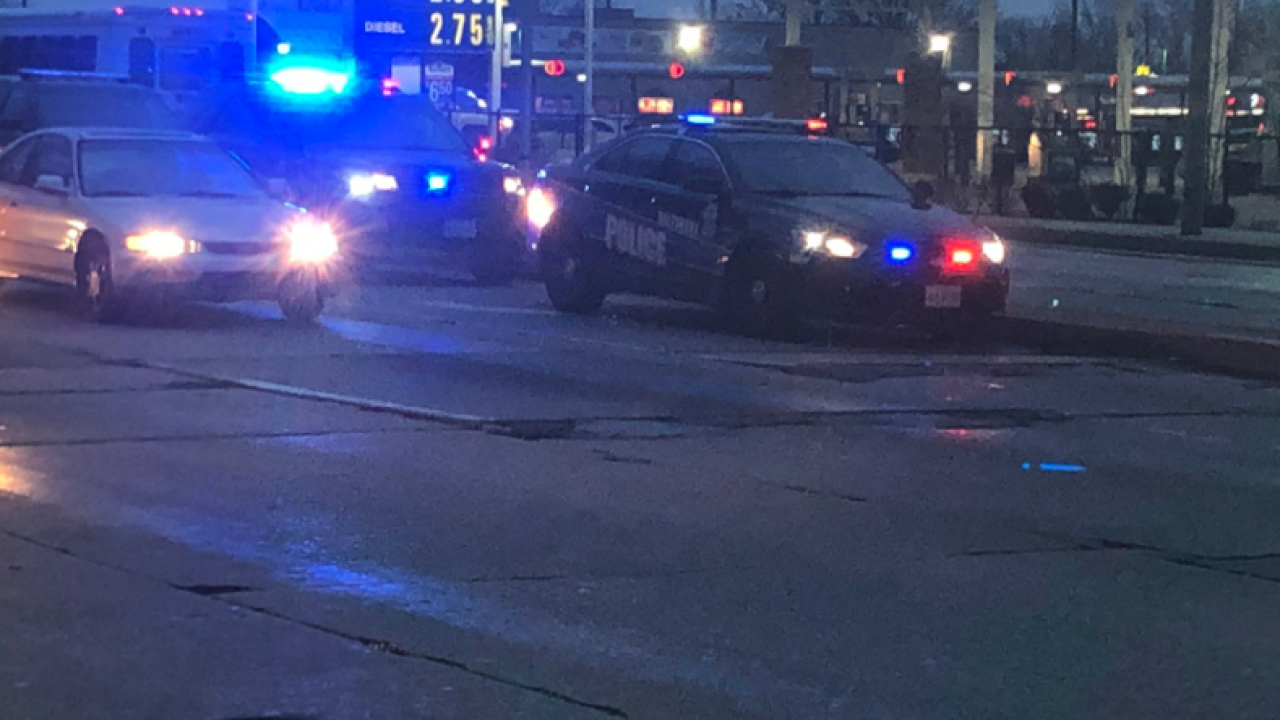 BALTIMORE — A Baltimore Police officer was bit on the arm and another was elbowed in the eye after encountering two suspects.

Police said they were called to Hollins Ferry Road and Patapsco Avenue at about 4:55 p.m. Tuesday to investigate an incident.

According to police, when one officer arrived on scene, they confronted a male suspect in the middle of the street. The officer was then attacked and bitten in the arm several times.

A second officer then arrived to the scene and was elbowed in the eye.

Police say they arrested two males, who they "believe" to be adults.

We will update this story as we learn more information.