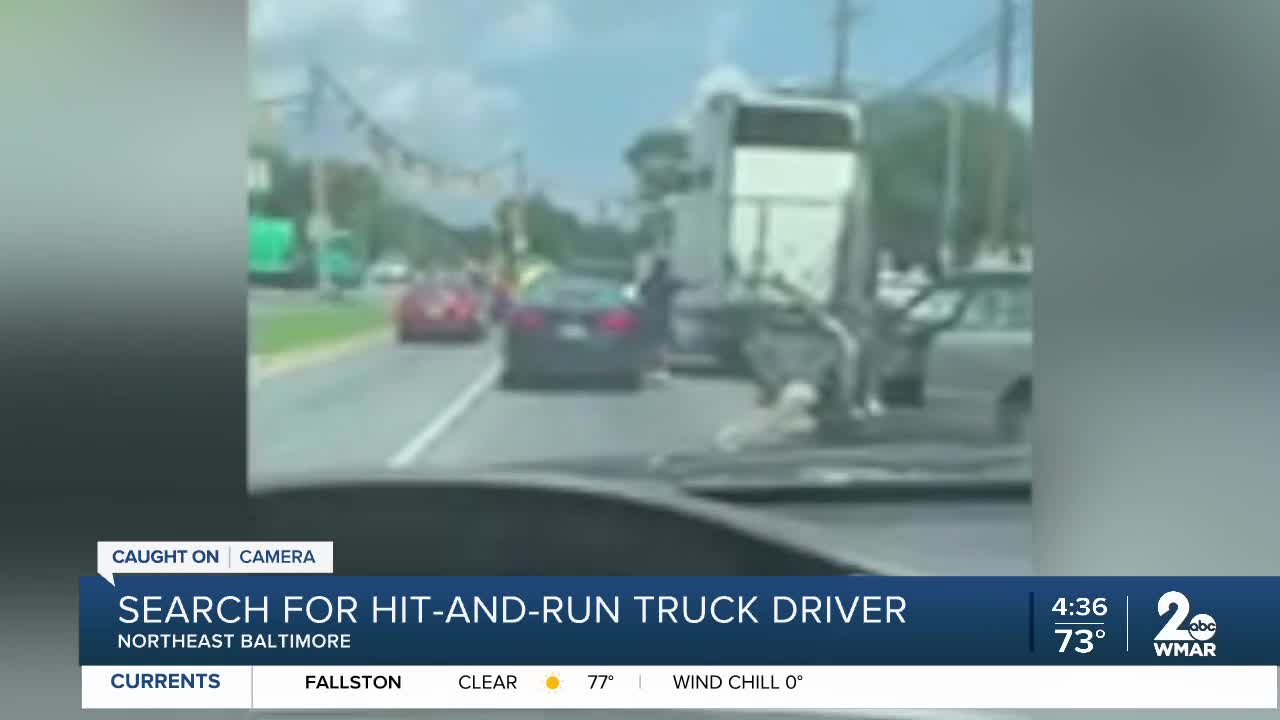 According to police, a driver of a 1986 Oldsmobile stated he was at Kirk Avenue at 1500 Carswell Avenue when a white semi-truck drove past and struck his driver side door.

The driver of the truck did not stop. The Oldsmobile owner then got into his vehicle and followed the truck and attempted to stop it at Coldspring Lane and Hillen Road.