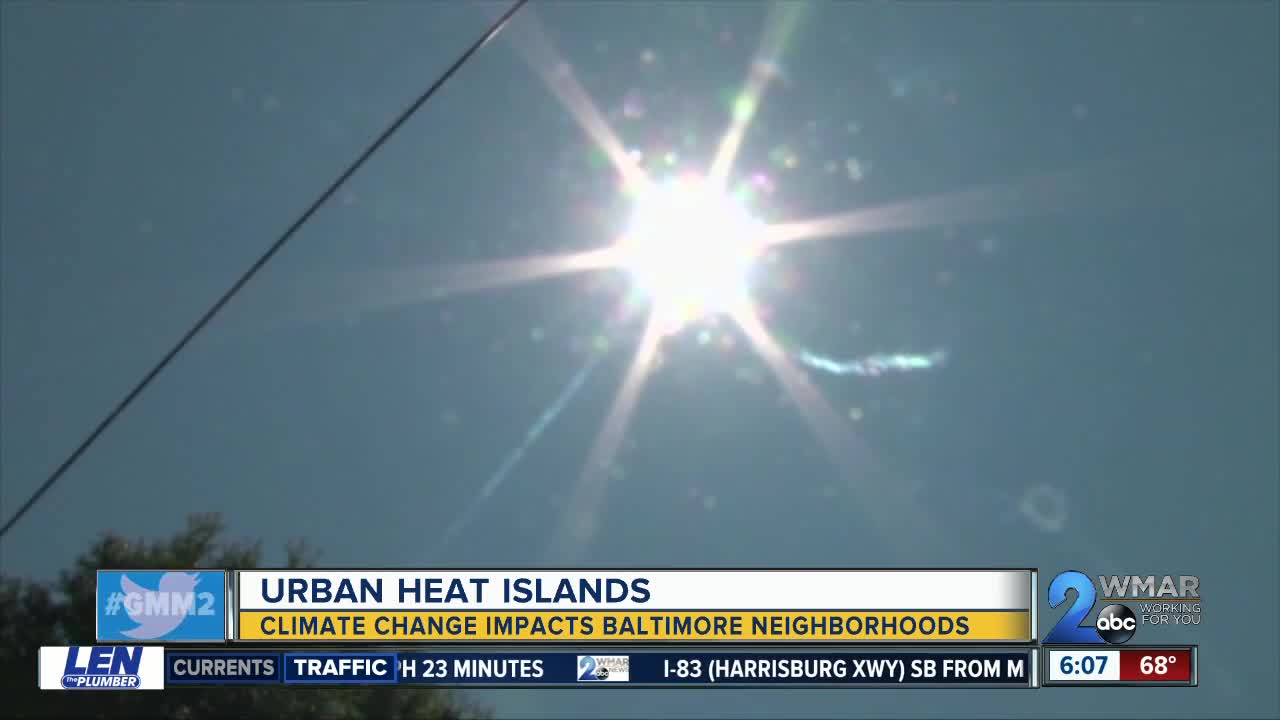 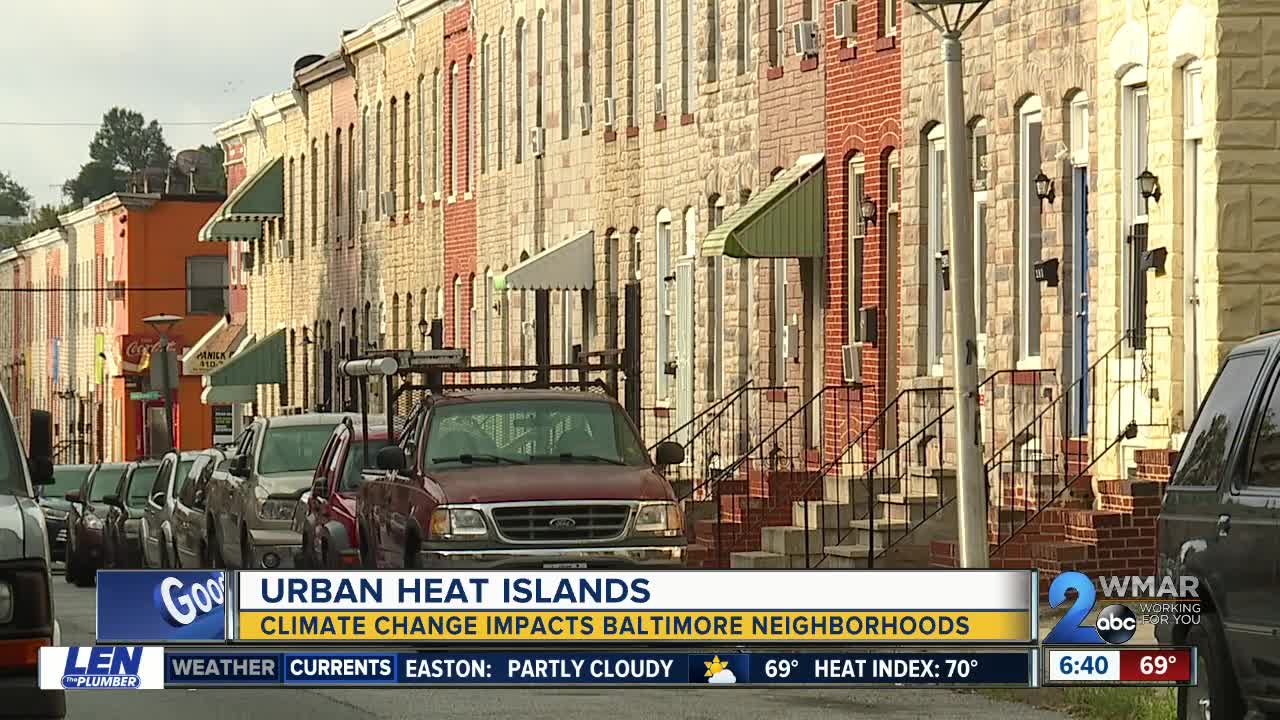 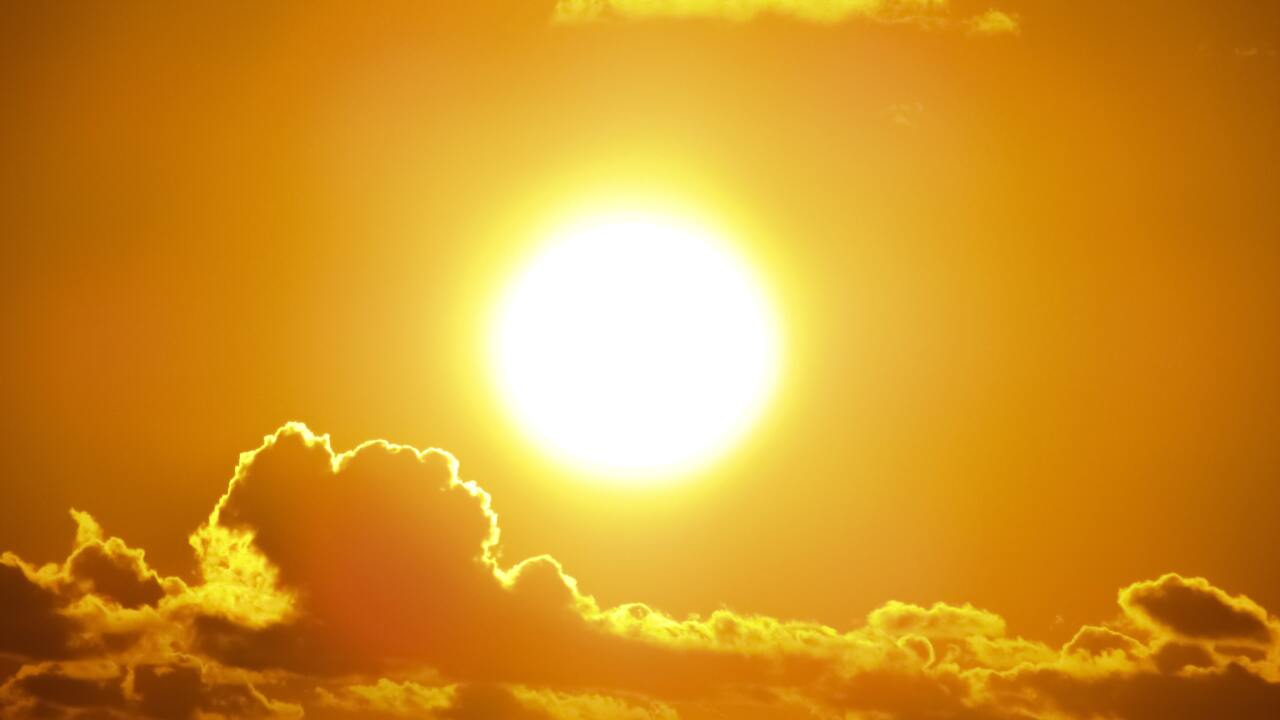 Scientists already blame global warming for a variety of issues from melting icebergs, to rising sea levels and a declining polar bear population.

WMAR 2 News, in a collaboration with the University of Maryland's Howard Center for Investigative Journalism and Capital News Service, explores a different kind of threat that’s a lot closer to home.

Climate change has had a direct impact on Baltimore neighborhoods.

The group found it can also have a direct effect on some people's health and safety, and much of it depends upon your zip code.

It's something a few neighbors said they hadn't thought about until now.

Neighbor Solomon Simmons said "this is the hottest spot in Maryland, east Baltimore, and it has a lot to do with the lack of trees."

Trees provide shade; neighborhoods heat up without them.

Scientists mapped out these hot spots in cities around the country and called them 'urban heat islands.'

In a neighborhood named McElderry Park, one would think you'd see vast open spaces of greenery and trees. Instead, you'll find blocks upon blocks of rowhouses, housing typical of many Baltimore neighborhoods.

"To live in a neighborhood like this, or in housing like this, you’re not really worried about the outside, as far as environment. You know you’re worried about your safety sometimes. You worry about actually paying your mortgage or your rent. There are things that take precedence over the environment," Simmons said.

The University of Maryland’s Howard Center for Investigative Journalism students and Capital News Service found rowhouses are another cause for concern.

Over the summer, reporters from UMD and Capital News Service placed heat sensors inside several homes and found it was often hotter inside than outside.

"I think it’s an issue of concern but I don’t think most people realize how important it is, that’s what the problem is, we all need to be more informed, of what kind of illnesses it can cause," Simmons said.

Doctors say people who live in neighborhoods determined to be a 'heat island' have higher rates of chronic illnesses which can be made worse by the heat, especially lung diseases such as asthma, emphysema, or chronic bronchitis.

It causes Ida Scrivens to worry about the health of some of her elderly neighbors.

"We’ve had some in the area that was on an oxygen tank, so if they turn that air conditioner off, or whatever type of way that they can get air, i have to say it’s dangerous for their life," Scrivens said.

Since Simmons' family first moved to the neighborhood in the 1970s, climate isn’t the only thing which has changed.

It was much different that it is now, because you could actually open your windows, with your screens. You didn’t have to worry about somebody breaking in, or smoke from marijuana or whatever coming through your windows and stuff like that. It just wasn’t like that years ago," Simmons said.

Safety isn't the only factor playing a role in how some neighbors cope with climate change.

Some people might not even be able to afford an air conditioner and if they do have one, they might not want to turn it on.

There are several economic factors which play a role in how some neighbors deal with their health and well-being when it comes to climate change.

Climate change researchers have identified Baltimore's McElderry Park neighborhood as the hottest in the city.

The disparity of global warming has hit McElderry Park more than other neighborhoods.

McElderry Park might not be the first place which comes to mind when people think about the effects of climate change.

"People think about some mountain somewhere where the ice is melting, running this place, causing this or that, you know, they don’t think about the simple air that you’re breathing in your neighborhood," Simmons said.

Researchers have mapped out conditions which make some zip codes in cities hotter than others. Reporters with the University of Maryland’s Howard Center for Investigative Journalism and Capital News Service found the combination of McElderry Park's heat-trapping rowhouses, fewer trees, and a lack of air conditioning can cause people to get sick and makes others with chronic illnesses worse.

Even those who are fortunate enough to have A/C, might not run it. Faced with the cost of a high electric bill, some neighbors make a choice between their health and well-being and their wallet.

"We find some of the elderly individuals are passing because they try to preserve from running their air conditioner, and they keep it off and sometimes they’re not conscientious that with the heat, it’s more dangerous for their life," Scrivens said.

"You turn the air on, you do what you have to do. There are ways you cut back. You just have to be conscious of the cost, and prepare for this kind of weather and do what you need to do to survive," Simmons said.

With a population of about 4,000, the 2010 census shows survival in McElderry Park means more than 25 percent of families live in poverty. Only about half the people who live there have a job, 15 percent are unemployed and more than 35 percent aren't looking for a job or able to work. For families struggling to make ends meet, air conditioning could seem like a luxury.

"Baltimore Gas and Electric is not a company that wants an answer of if you don’t have the money. They want the money or no service," Scrivens joked.

Of course, there are less expensive options than running A/C.

"A fan is not sufficient. It blows out a lot of heat instead of air. So you’re running a bill up but you’re not getting service from it," Scrivens said.

We asked Miss Ida if staying cool is worth the price.

"Yes, I do. I’m 82 but I run it. I just have to suffer the cost of paying a high electric bill," Scrivens said.

While climate change affects the people living in this Baltimore heat island, students at the University of Maryland Howard Center for Investigative Journalism hope to bring change, not only in the way people think about the problem but to solve it.

Learn more about their findings and what's being done to combat the effects of climate change in neighborhoods like McElderry park.