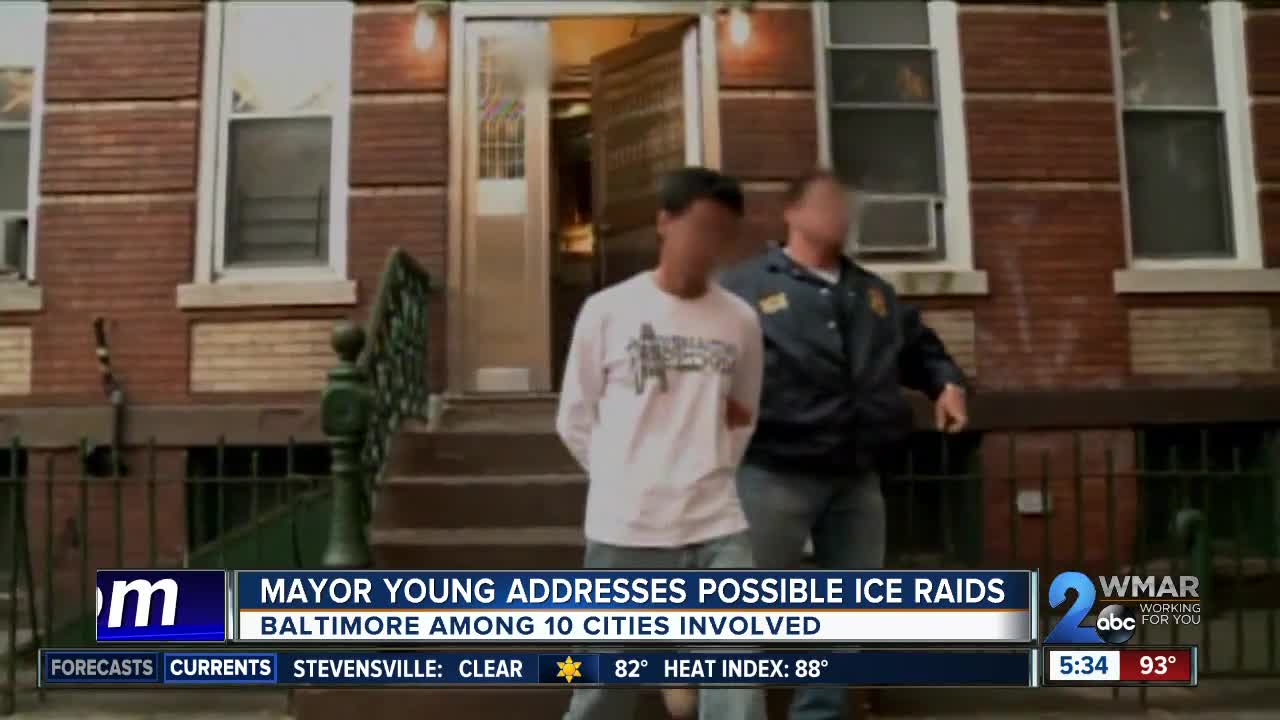 Mayor Jack Young says the city is not going to participate with ICE in deportation efforts.

BALTIMORE — President Donald Trump has said he'll launch mass immigration raids and deportations unless Congress comes up with a fix.

And so far, there isn't one. The raids were originally set to happen June 23, and Trump gave leaders two weeks. The raids would take place in 10 cities, including Baltimore.

Mayor Jack Young says the city is not going to participate with ICE in deportation efforts.

"Because we feel that the policy the President is pushing is a policy against children because once you remove a parent, and the kids are still here, they end up in foster care or in camps. And that's not the place for children to be," said Mayor Young.

He adds that the city is going to make sure immigrants know there are legal avenues for them to take if they are detained.