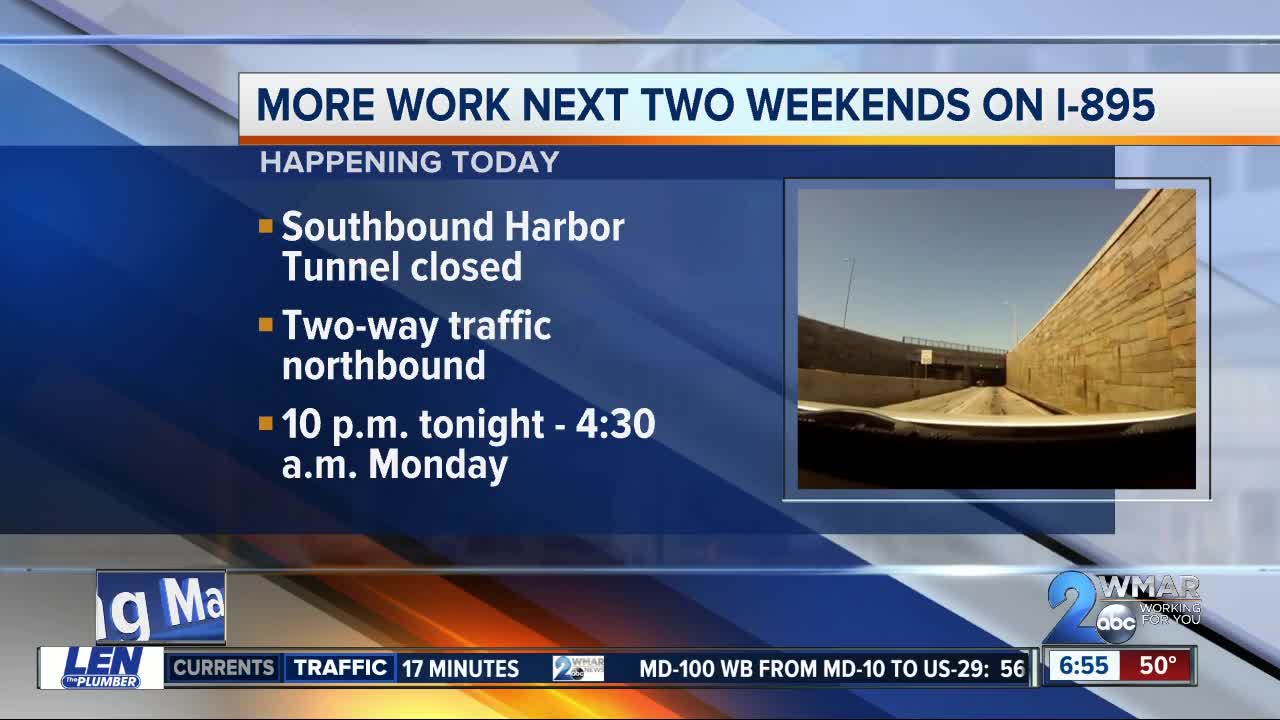 Beginning Friday night, the southbound tube of the I-895 Baltimore Harbor Tunnel will close for two straight weekends. 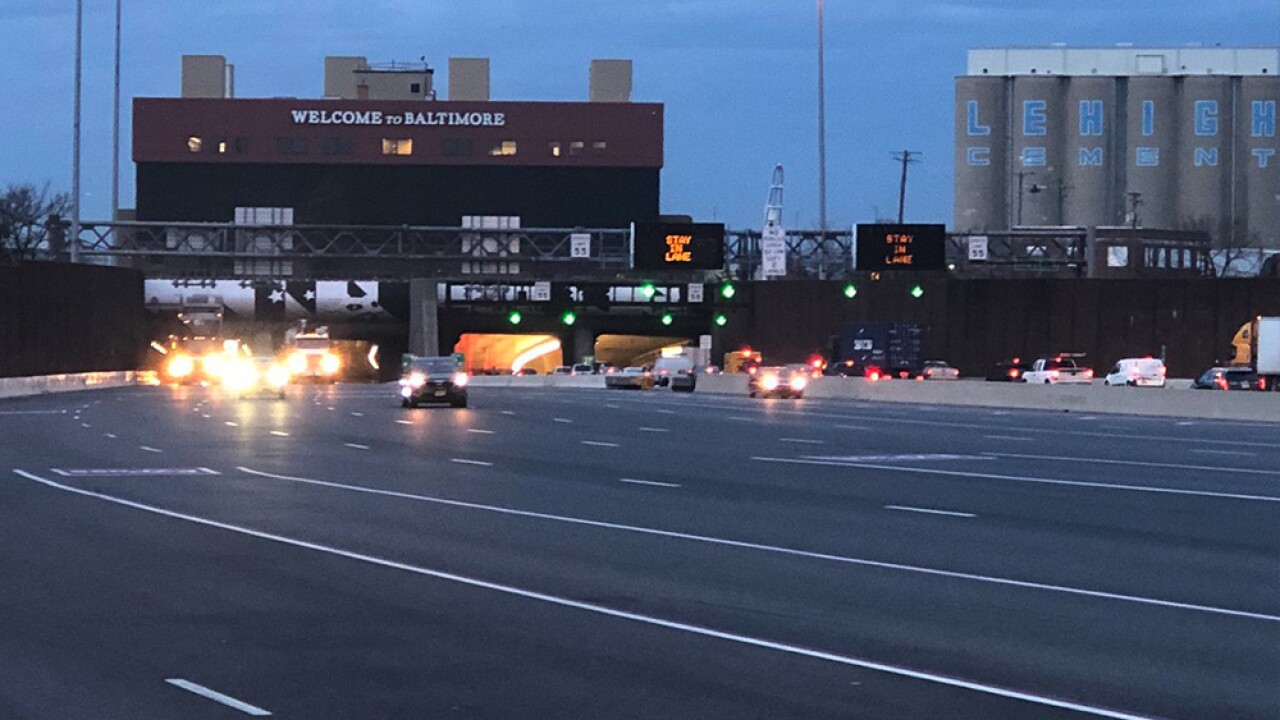 BALTIMORE (WMAR) — Beginning Friday night, the southbound tube of the I-895 Baltimore Harbor Tunnel will close for two straight weekends.

The Maryland Transportation Authority says the closures are part of a three-year, $189 million project to replace the 60-year-old I-895 bridge after the MDTA determined the bridge to be structurally deficient. Another part of the project includes closing the Holabird Avenue exit ramp north of the harbor tunnel for replacement, in addition to the repairs to the Harbor Tunnel.

Weather permitting, the closures will begin at 10 p.m. on Friday and last through 4:30 a.m. on Monday, February 18. Then the following weekend, closures will once again be in effect during the same time frame.

During the closures, two-way traffic will operate in the northbound tube. MDTA officials are urging commuters to use I-695 at the Key Bridge or I-95 at the Fort McHenry Tunnel as alternate routes.

The project, which began in April 2018 is expected to be completed in the summer of 2021.