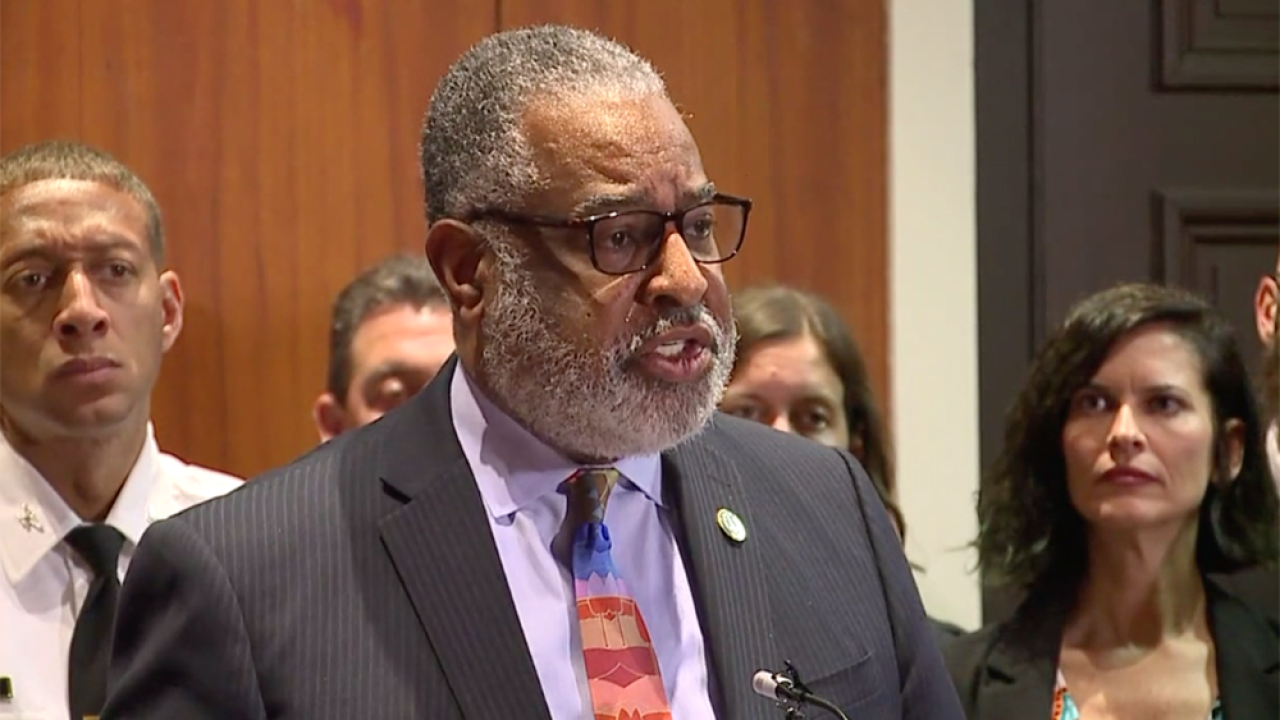 BALTIMORE — Baltimore is leading the charge on two class action lawsuits in the hopes of redressing chronic problems in the city, Baltimore City Solicitor Andre Davis announced at a press conference Thursday.

Davis announced the city filed class action suits against major pharmaceutical companies for their role in propagating and expanding the opioid epidemic that has disproportionately harmed the city, and that his department has also filed suit against federal housing financiers related to Fanny Mae and Freddie Mac for conspiring to increase the cost of bonds used to fund housing development.

“Baltimore is serious about protecting our tax payers,” Davis said. “What we have done in this practice group, is we have focused on those inside the city and outside the city who pose a risk of harm, financial harm and other harms, to the people of Baltimore.”

Davis cited the city’s battle with chronic opioid addiction that has long-plagued the city. In just the first few months of 2019, Baltimore has already seen 250 overdose deaths, more than all other jurisdictions in the state, combined, Davis said.

“We have stepped up, together with our co-council, to bring lawsuits against the big pharmaceutical companies, who reporting shows without much doubt have been culpability involved in fostering, dispensing, encouraging doctors and bribing doctors to excessively prescribe, distribute, and put on the street these highly addictive narcotics,” Davis said.

Baltimore is also taking the lead on behalf of municipalities across the country who have been harmed by housing financiers providing federally backed bonds.

“Baltimore, like many other cities and counties in the country, rely on the financial system to make sure our financial houses are in order,” Davis said. “The manipulation of these prices, we contend, has resulted in the imposition of six-figure costs to the city of Baltimore. … We will not stand still and permit these kinds of shenanigans to go on.”

Davis used these two legal actions as examples of how his office is fighting for city residents and institutions. While big cases like these garner larger headlines and potentially larger settlements, Davis also spoke of a recent suit against a firefighter who had committed workers compensation fraud. The city won a financial settlement from that firefighter.

“If you steal from the city, if you manipulate the market, if you increase our cost and our bonding process, if you pollute our water, if you enhance the difficulty we already encounter with narcotic addiction in our city,” Davis said, “ … the Baltimore City Law Department, together with our outside law parters, are ready to come after you to seek redress, and to ask for relief that we believe we are entitled to.”