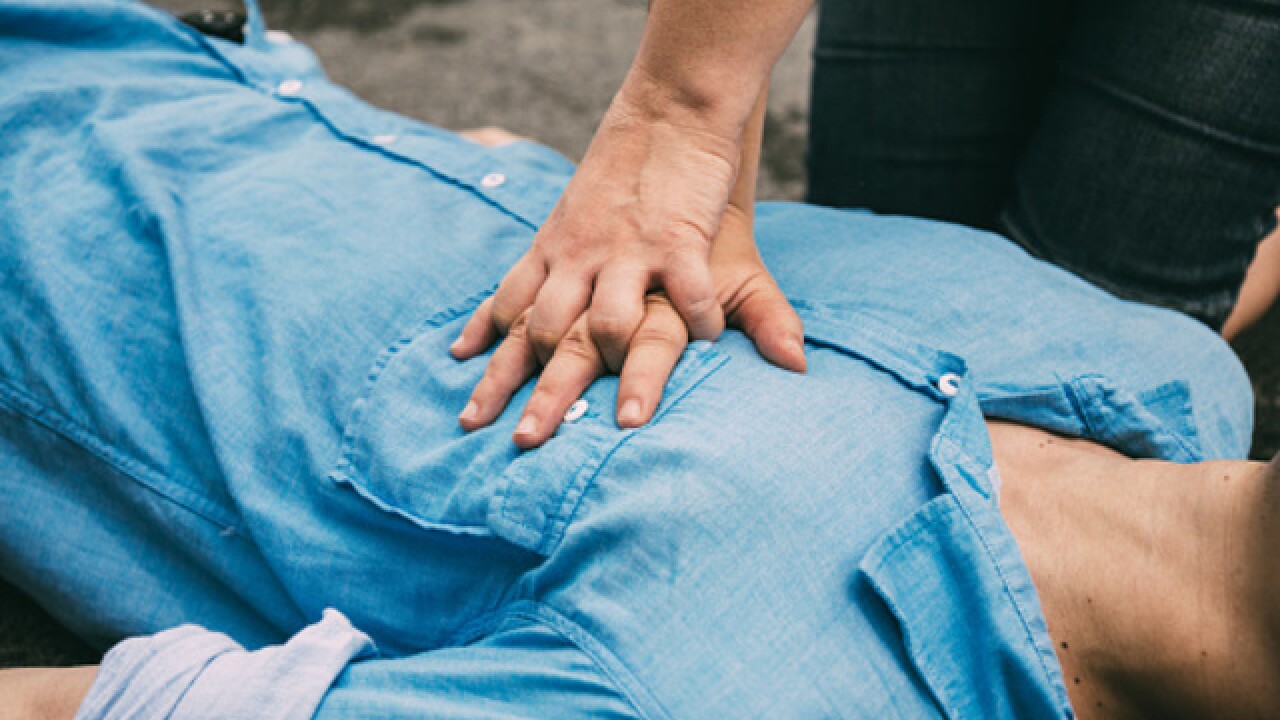 Copyright 2018 Scripps Media, Inc. All rights reserved. This material may not be published, broadcast, rewritten, or redistributed.
spkphotostock
<p>Emergency CPR on a Man who has Heart Attack , One Part of the Process Resuscitation (First Aid)</p>

Two Baltimore Department of Public Works employees are being credited with saving a woman's life.

Tony Carl Clark and Martine Smith were out on their daily graffiti removal duty when they were flagged down by a man in the 1300 block of Baylis Street.

The man took them to a woman who was in her car unresponsive. Smith and Clark immediately jumped into action after seeing her face was blue. Clark called 911 while Smith felt for a pulse and immediately started chest compressions.

The woman then regained consciousness, so the DPW workers kept her awake until the paramedics arrived. When they got there they evaluated and released here to a family member who safely drove her from the scene.

The paramedics say the woman would not have survived if it were not for Smith's efforts to revive her.

Director Rudy S. Chow, P.E., said “DPW is proud to have great, conscientious workers that go beyond the call of duty to save a life. Tony Carl Clark and Martine Smith now join the ranks of a few other recognized DPW heroes.”

This is not the first time DPW workers have gone beyond the call of duty and saved lives while on the job.

Smith and Clark will be getting an award at the DPW's Employee of the Month ceremony on Thursday.