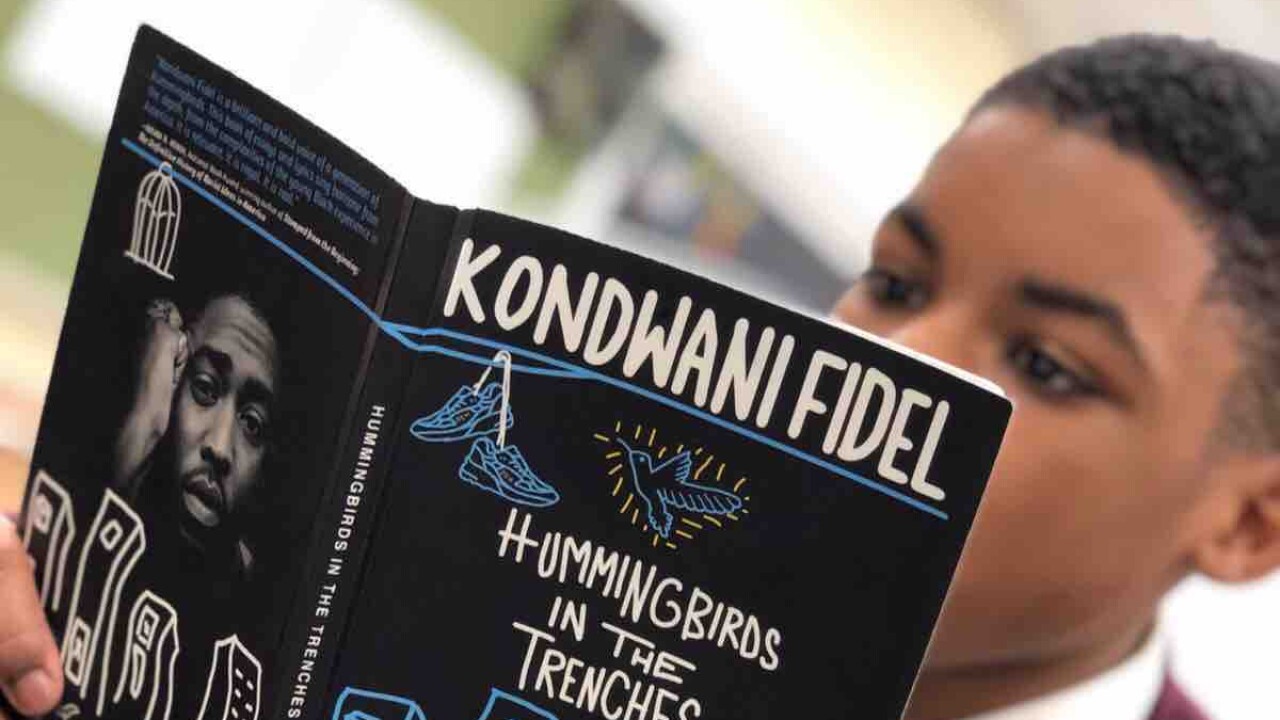 BALTIMORE — After an unsuccessful battle to save five Baltimore City schools from closing in June, one Baltimore educator believes his students need the opportunity to be special.

Daimen Poole, a middle school art instructor at Benjamin Banneker Eubie Blake Academy for Arts and Sciences raised almost half of the funds on GoFundMe to start the BBA Literacy and Entrepreneurship Club to purchase books. He believes reading and having the ability to think and create sustainable businesses in this new economy is important.

The Benjamin Banneker Eubie Blake Academy was one of the five schools the board voted to close at the end of the year. As the school prepares to close its doors, Poole said raising the money of the club wasn't a waste of time.

"My scholars are in a very vulnerable space right now. They need to know that they have someone who is invested in their success. Whether it be with books from authors or entrepreneurs with viable businesses of their hue." said Poole.

The Literacy and Entrepreneurship Club started in early February with a goal to expose students to black literature and entrepreneurs that will empower them to impact change.

Many of Poole's art students have not read books with African-American characters. Their first book is by Baltimore native Kondwani Fidel, “Hummingbirds in the Trenches”.

"So far we are learning about the idea that consciousness is key to the survival of the black man in Baltimore. Reading about the experiences and violence that has plagued the author as a youth but how he never let those things limit is growth."

The club will host their first entrepreneur Thursday. Poole wants the group to see they can create their own businesses and develop something viable that gives back to the community.

Additional details about the BBA Literacy and Entrepreneurship Club campaign can be found here.