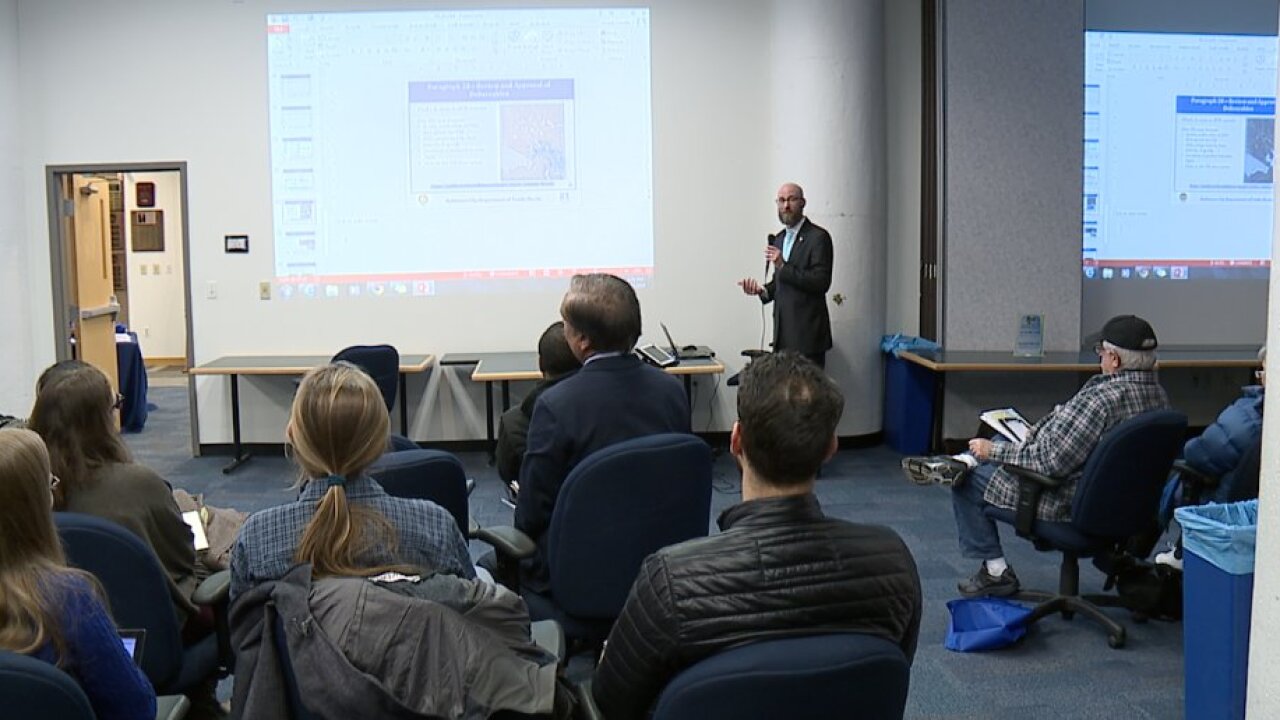 BALTIMORE, Md. (WMAR) — Kim Anderson has been a homeowner in the Grove Park neighborhood for three years, and for three years she has had to deal with sewage muck coming into her home.

Tuesday night Baltimore City Department of Public Works held a meeting to talk about what they are doing to prevent people like Anderson from continuing to deal with this problem.

Under the DPW Sanitary Sewer Consent Decree the city was tasked with putting together a plan to remedy the ongoing issue that has plagued so many residents for years.

An aging infrastructure mixed with excessive rainy periods like we’ve experienced this year is what causes the sewage to seep into homes.

Under the Consent Decree the city has put together around 40 projects to remedy the problem by 2021– with a price tag of around $2.6 billion.

That work is part of the reason people will be seeing rate hikes on their water bills.

The city is now rolling out an interactive map where they can see where overflows are happening.

Paul De Santis, the DPW Chief Of Legal and Regulatory affairs, lead the meeting where people were invited to visit different informational booths to ask experts questions about the work being done.

“Our hydraulic model indicates that we will have reduced the total amount of SSO(sanitary sewage overflows) volume by 83 percent.”

The city offers up to $2,500 in reimbursements for damages caused by sewage water entering people’s homes— but it has to be from a wet event and you can’t get it if you are covered through home owners insurance.

“If you haven’t been out of pocket this is supposed to recompense you for what you have out of pocket,” said De Santis. “If you paid a deductible, we’ll reimburse you for the deductible. Otherwise we’re talking about the insurance company getting money not you personally.”

For Anderson who has homeowners insurance—she says that’s not nearly enough to cover the cleanup and repairs, not to mention the loss of property.

That project is expected to eliminate 80 percent of the volume of Baltimore’s sanitary sewer overflow and be completed by the end of 2020.