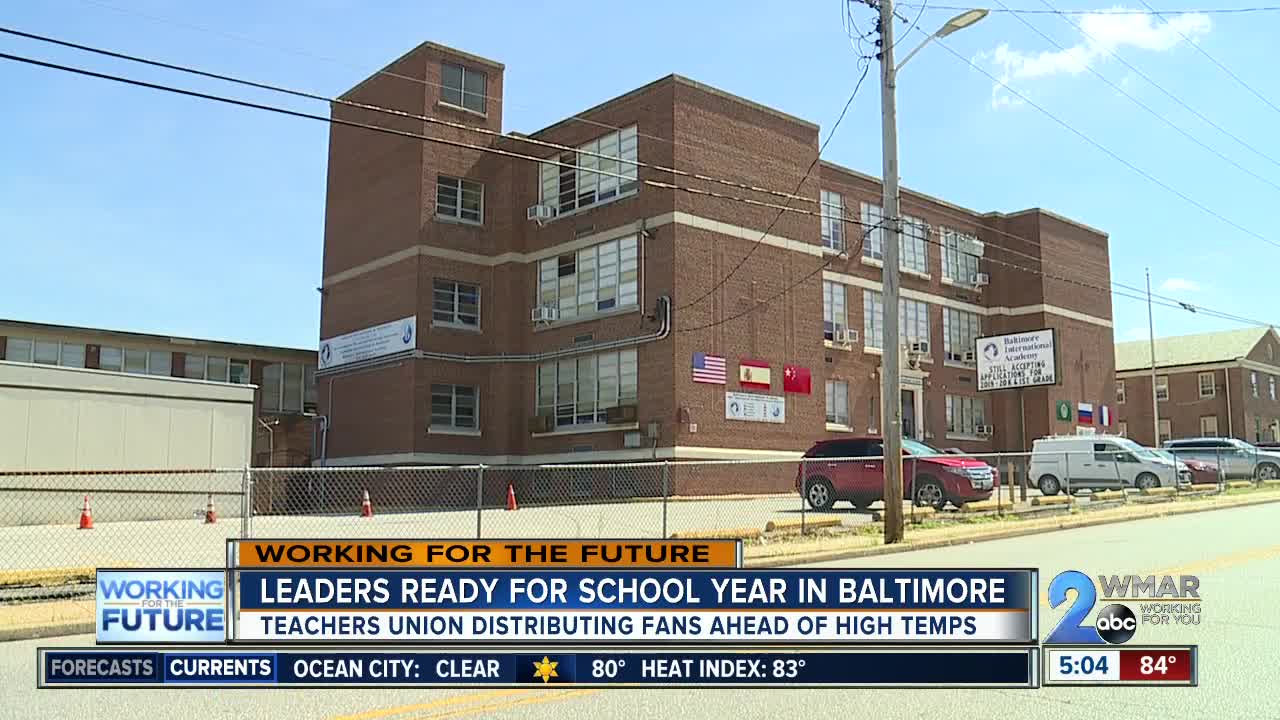 BALTIMORE (WMAR) — On student's first day back in Baltimore, classes went on without a break in schedule -- for the most part.

"We've been working -- our team has been working along side with them, and the city, to see and make sure we can get young people back there as soon as possible," Dr. Sonja Santelises, the CEO of Baltimore City Schools, said.

She says school was canceled at Baltimore International Academy for a 'plumbing issue.'

For the overall district however, Santelises says in addition to new buildings and push to bring more advanced placement classes, and even social workers, they've started strong.

"Parents are also going to see a renewed investment in a variety of extracurricular activities. Some of the principals I've spoken to have received feedback and are directing some of the additional resources we're receiving towards that," she said.

RELATED: Baltimore teachers fundraising for fans to cool down classrooms ahead of school year

Teachers are also watching the temperatures. Over the last few weeks, the Baltimore Teachers Union raised for new fans to help keep students cool --- a problem that kept out of school for days when they were supposed to start.

"We still need a lot of community support because even though the fans offer some type of immediate relief, there's still a policy in place that if the classrooms rise to 85 degrees or higher then instructional time will be cut short," Diamonte Brown, the president of the Baltimore Teachers Union, said.

Brown says over the last month, they received more than 200 fans and raised thousands of dollars to help.

"It's not just one, some educators have requested five fans depending on how big their classroom is. Some only need one. So whatever they need, we can fulfill the request," Brown said.

Quick solutions to more expensive problems, Santelises says, that aren't dropping in priority as they settle in for the year.

"If I had my wishes, every school would have perfect climate tomorrow. But it's also why we continue to make the push for the capital investment given that we have the oldest portfolio in the state," Santelises said.