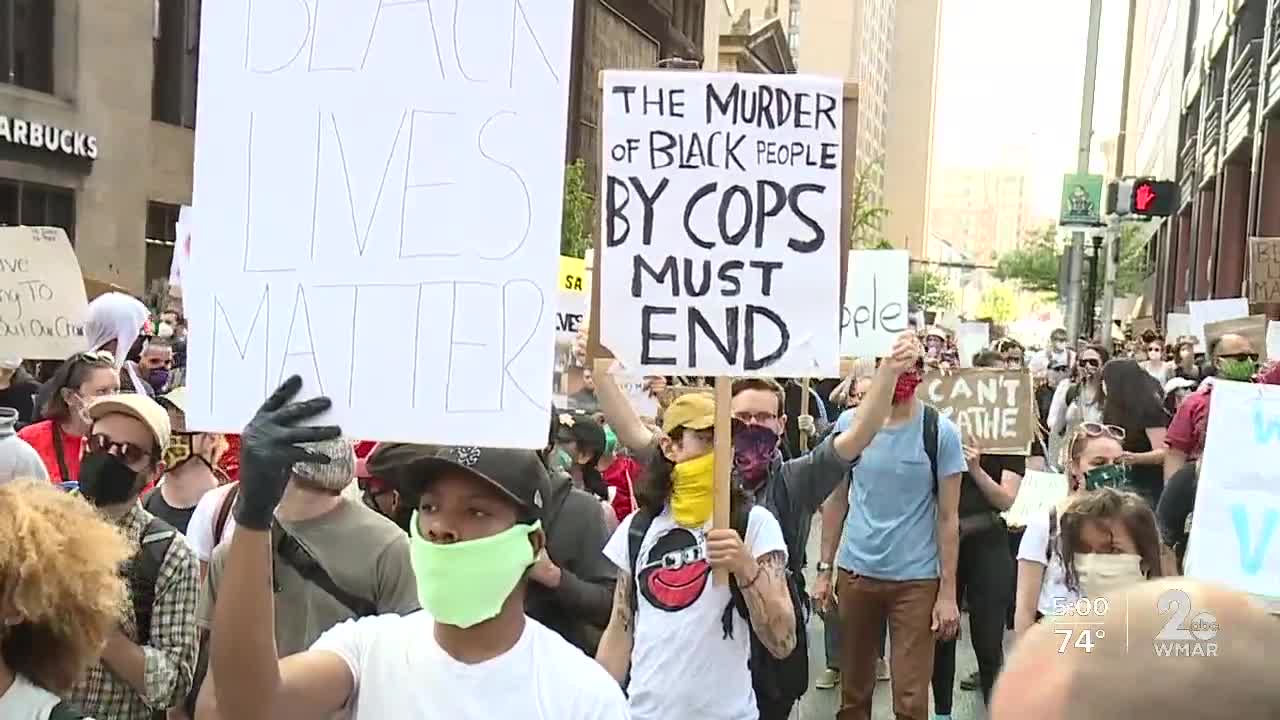 From Monday afternoon into the wee hours of Tuesday, more than 1,000 people gathered in the streets of downtown Baltimore to join nationwide protests against the death of George Floyd, who was killed while in police custody on Memorial Day in Minneapolis, Minnesota. 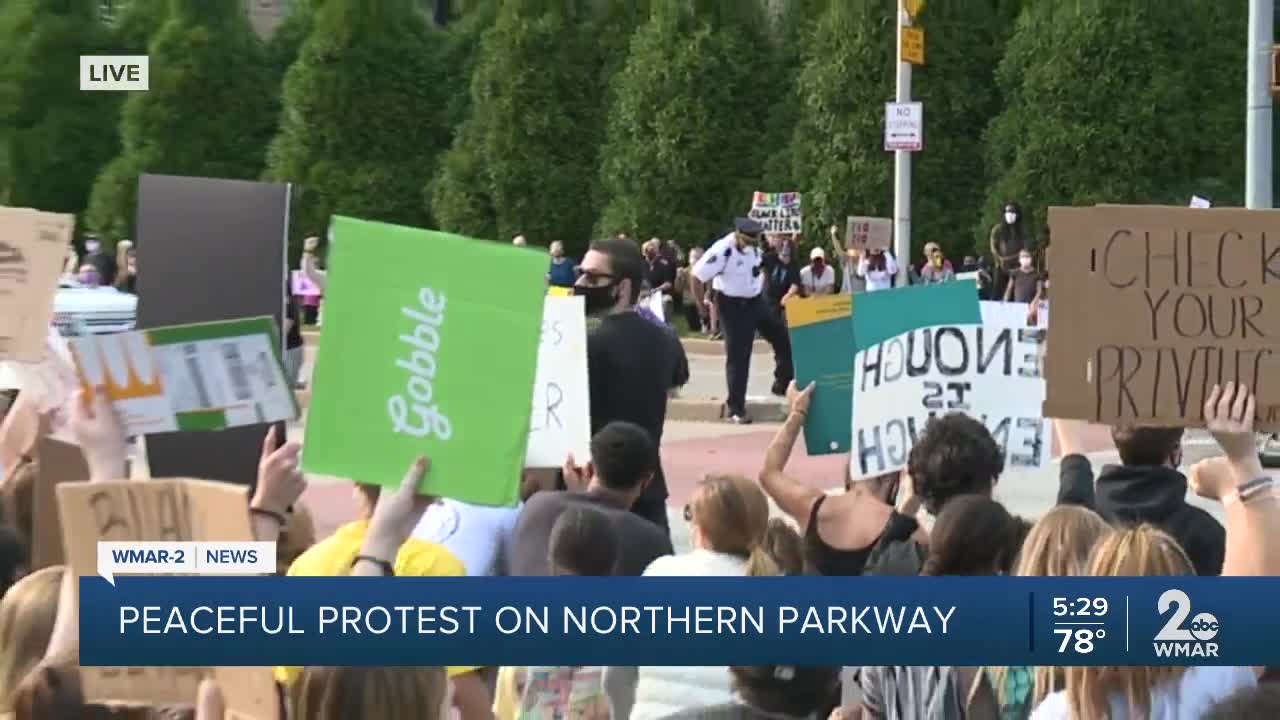 BALTIMORE — During a press conference Tuesday, Baltimore City leaders thanked both police and protesters for their professionalism and ability to gather peacefully.

Unlike other cities, Baltimore protesters have managed avoid violent clashes with law enforcement.

"I love seeing the energy and passion from so many young people while leading the city today," said Mayor Young.

Monday wrapped up four days of city protests centered around the death of George Floyd in Minneapolis.

"Members of the Maryland State Police helped relieve Baltimore police officers and they were extremely professional and respectful of peaceful protesters," Young said. "I want to thank the men and women of the Baltimore Police Department. They have trained very hard since 2015 and it showed over the past four days."

City officials estimated 1,000 people took part in yesterdays protest, many of them young people. Of those who participated, only six people were arrested, including a Dundalk man who shot off a firework.

Police Commissioner Michael Harrison said throughout the day activists and community leaders helped keep the peace. Some of them turned people into authorities who attempted to escalate protests.

Due to the professionalism of both police and protesters Mayor Young said he did not feel the need issue a city-wide curfew.

"I don’t think there’s a need right now for a curfew," he said. "Curfews can sometimes be good and they can sometimes cause more harm than good."