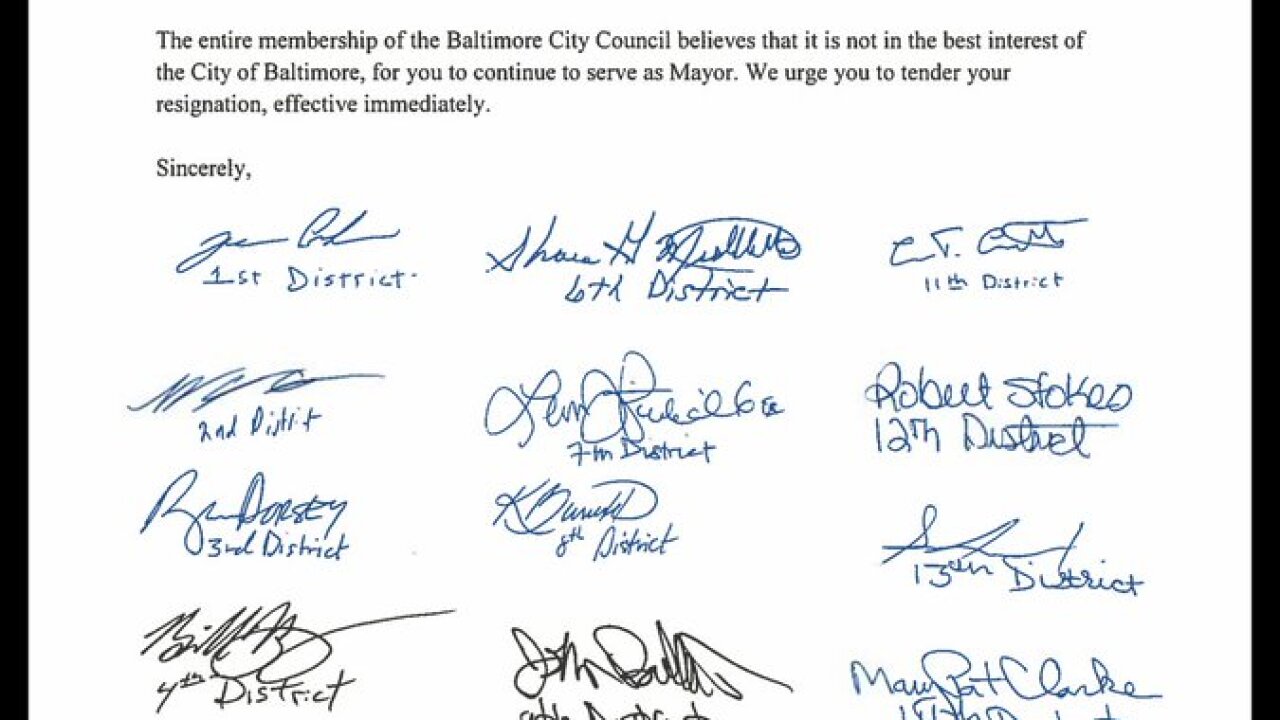 The entire council sent the letter to the mayor Monday morning asking her to step down, "for the best interest of the City of Baltimore." The council members sent the letter to other local lawmakers including Ex-Officio Mayor Bernard C. "Jack" Young, the Baltimore City Senate and House Delegation, City Solicitor Andre Davis and Chief of Staff Bruce Williams.

The letter comes as Pugh takes a leave of absence as mayor following her controversial "Healthy Holly" book deal with the University of Maryland Medical Systems and other businesses with ties to the city.

The request for resignation states: "The entire membership of the Baltimore City Council believes that it is not in the best interest of the City of Baltimore, for you to continue to serve as mayor. We urge you to tender your resignation, effective immediately."