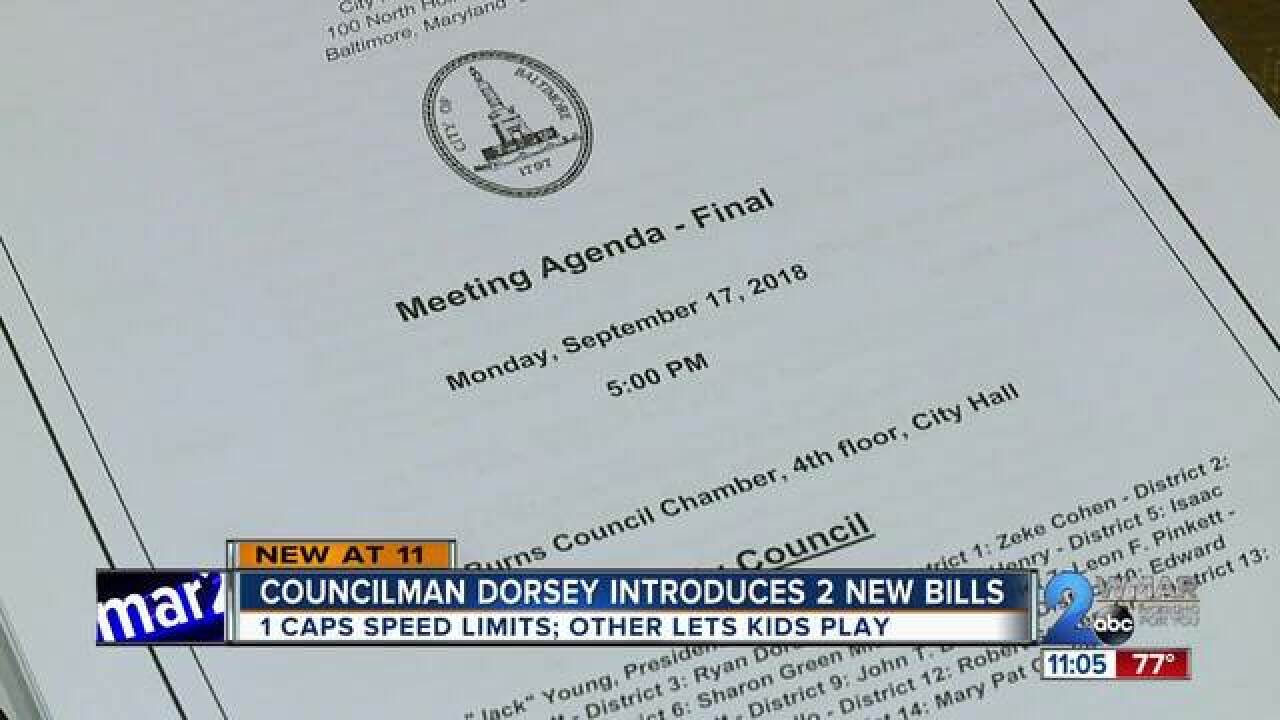 Baltimore City Council is considering two bills that could change the speed limit and give children more space to play.

The first would be a cap on the speed limit. If passed, it would be 25 mph on several main streets like York Road. The maximum speed for local roads in neighborhoods would be 20 mph and 15 mph for alleyways.

The other piece of legislation would repeal a law that does not allow playing in the street.

Councilman Ryan Dorsey introduced the bills and says children need to feel they can interact freely where they live.

"In an urban environment, the street in front of your house might as well be your front yard. So is the alley behind your house. Right now, doing what I did as a child, playing basketball on a milk crate rim, nailed up to a telephone pole, that's criminal behavior," said Councilman Dorsey.