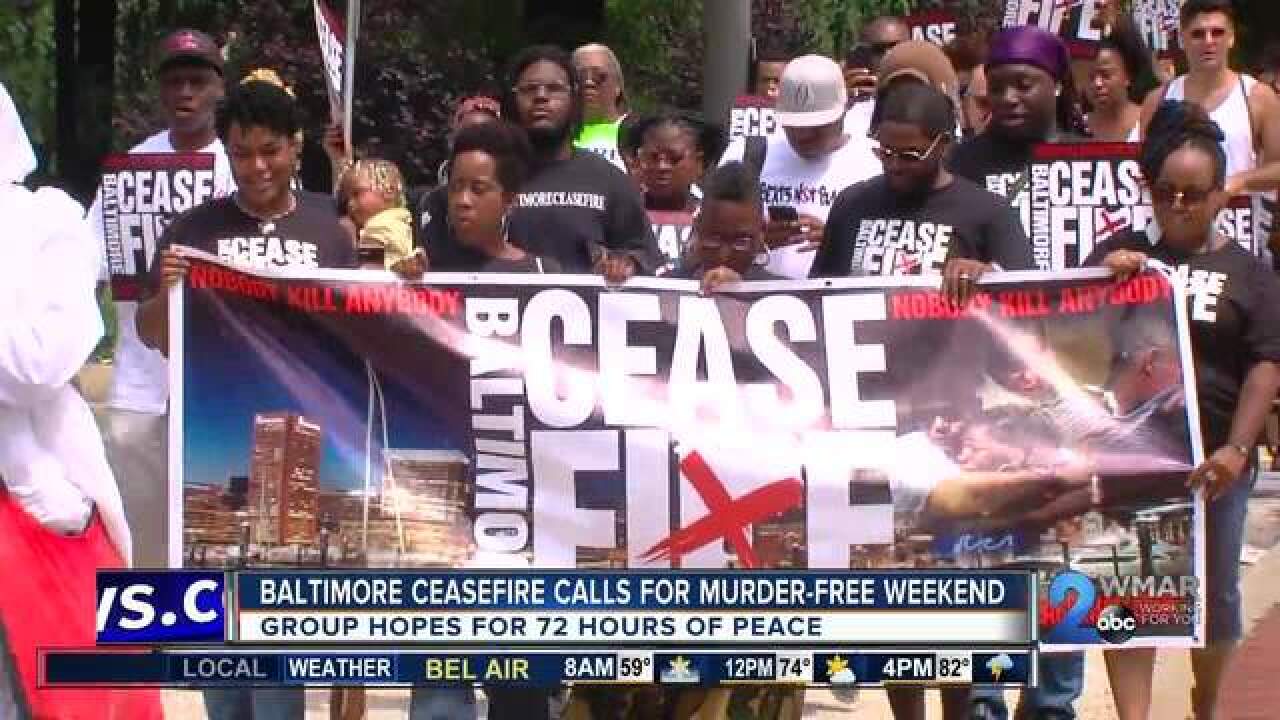 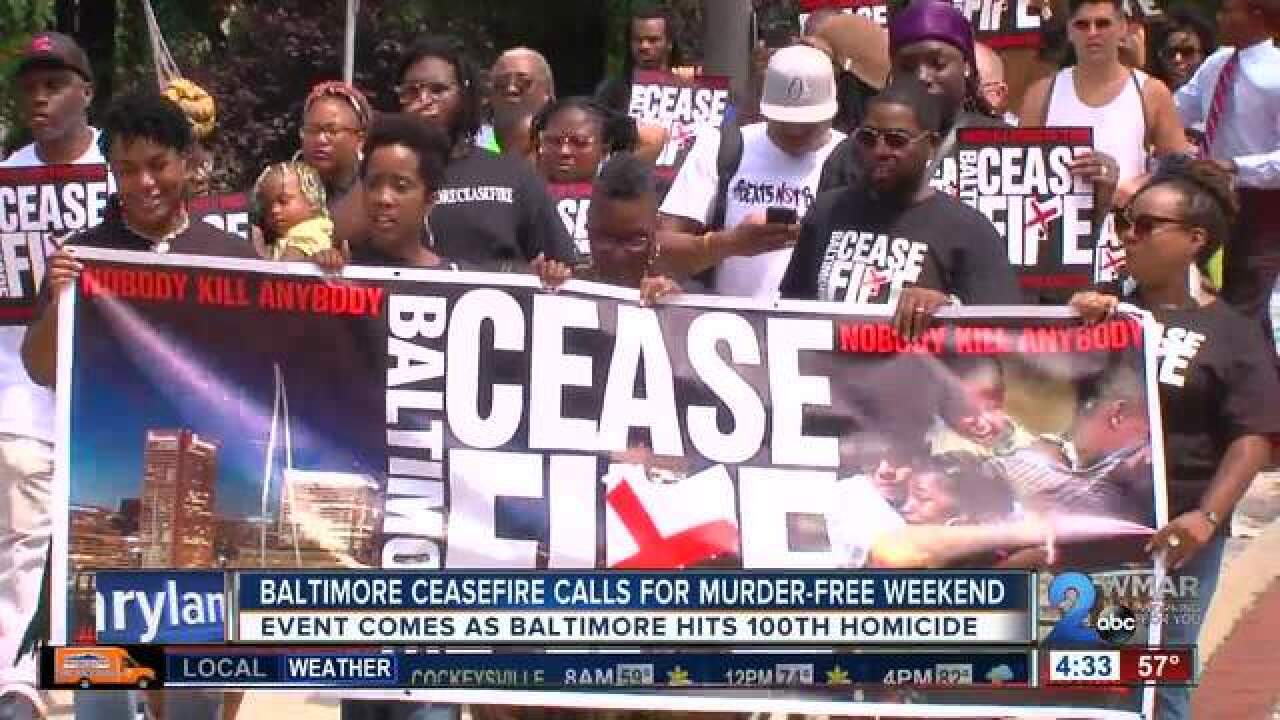 100 homicides in the city of Baltimore in 2018 and every one of those people killed has someone missing them.

One year ago a group of people decided to do something about the constant pain of losing the people of this city see all too often.

Baltimore Ceasefire was born with a simple goal, to stop the killing.

“We started planning on this day our first public meeting was held in this room on this day,” said Baltimore Ceasefire Organizer Darnyle Wharton.

On Mother’s Day weekend the group is calling for 72 hours without a murder in the city.

It’s no coincidence that the fourth ceasefire is being held on Mother’s Day weekend, but their holding events for fathers too.

“Sometimes the fathers their suffering, we want to give them a chance and a space to be able to voice what’s on their minds and on their hearts,” Wharton said.

Rallies, block parties, community forums—the group has a packed schedule of events all across Baltimore that you can see here.

They’ve committed the time and resources to make it happen, now the pressure is on the people to keep the peace.

“We just want to continue to chip away at this murder rate,” Wharton said. “We’re going to keep doing these and doing every quarter until we get to the point where there’s no murders in Baltimore City.”

It’s an ambitious goal for a city that leads the country in murders per capita last year.

Michelle Shellers points to the last ceasefire that saw 11 days of peace and had people talking about a shift from the violence.

Priscilia Artis has six boys that she took out of Baltimore because of the violence.

She was keeping a watchful eye over her three great-grandchildren playing just a stone's throw from where a 16-year-old was killed behind a rec center a day before.

“I hate hearing anybody get killed it’s really sad, A child, young boy no,” said Artis.

Baltimore Ceasefire is fighting for a day when Artis can watch her great-grandchildren without an extra eye over the shoulder.

“We need to change the culture in the city,” said Shellers. “One of the problems is we need to place more value on life. People do need to remember their own light and the light in others so that you’re not so quick to take a life. “

The ceasefire starts at midnight on Thursday and ends Sunday at midnight.

The hope is that end time is just a figure that sparks a challenge to keep the peace going.