BARCS and the Baltimore Humane Society says they are doggone thrilled to have their very own doggos as a key competitors. 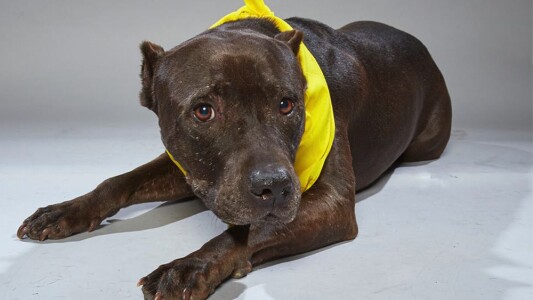 7-year-old Beans was brought to BARCS after Animal Control found him wandering the streets of Baltimore. Beans had multiple medical complications when he was taken in, so he was placed in foster care with BARCS' Director of Operations who eventually adopted him.

Cheyenne came to the Baltimore Humane Society from a open admission municipal shelter when she was 13-year-old, but she didn't stay there long. The Humane Society says within 10 days of being pulled, Cheyenne was adopted. Now, she enjoys walks, playing with her favorite toys, and going for car rides.

Beans and Cheyenne are two of 63 dogs competing in various challenges during the Road to Puppy Bowl XV. Ranging from ages 2-16, there are a variety of breeds you can expect to see on the field including a cocker spaniel, pug, german shepherd, basset hound, pomeranian, chihuahua, bulldog, pekingese, boxer, american eskimo and many more!

The dogs will be broken up into two teams, Team Goldies and Team Oldies to compete to win the day... and you're heart.

Click here to see all of the dogs featured this year!

Dog Bowl II will air the day before the Superbowl, February 2, at 8 p.m. on Animal Planet.