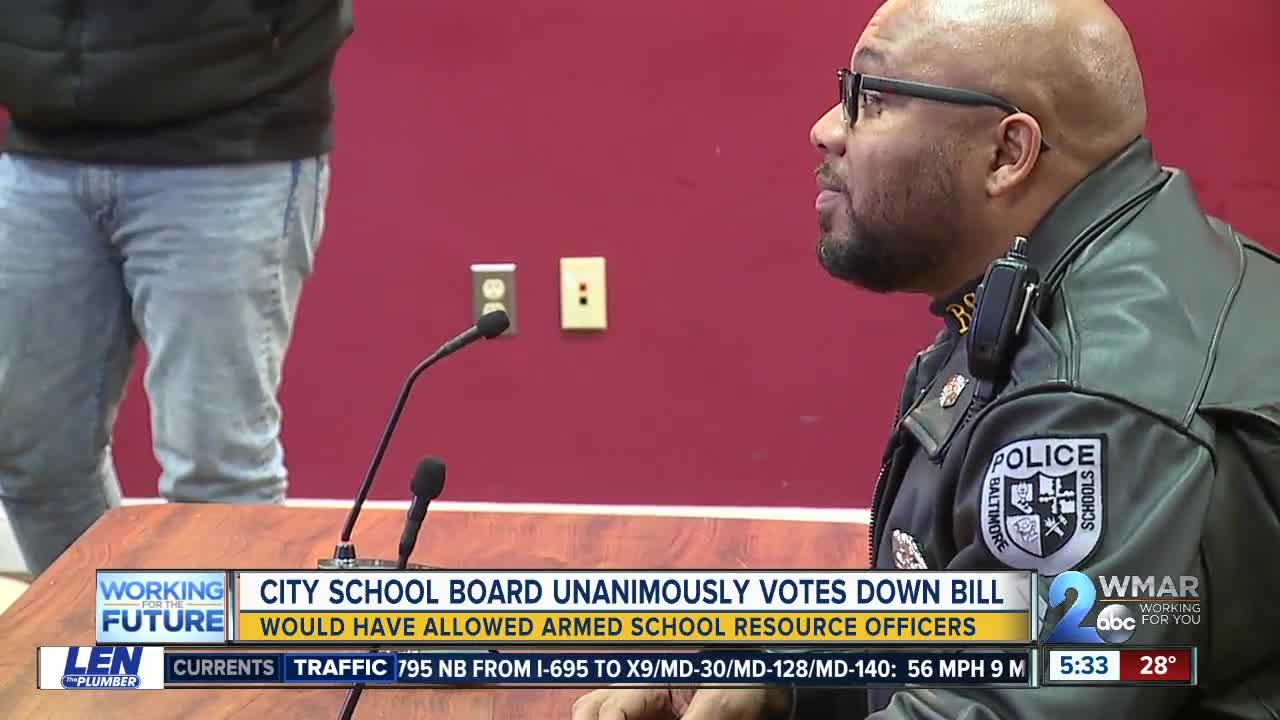 The Baltimore City School Board has spoken — they voted unanimously to oppose legislation that would allow school police officers to be armed on campus during school hours. 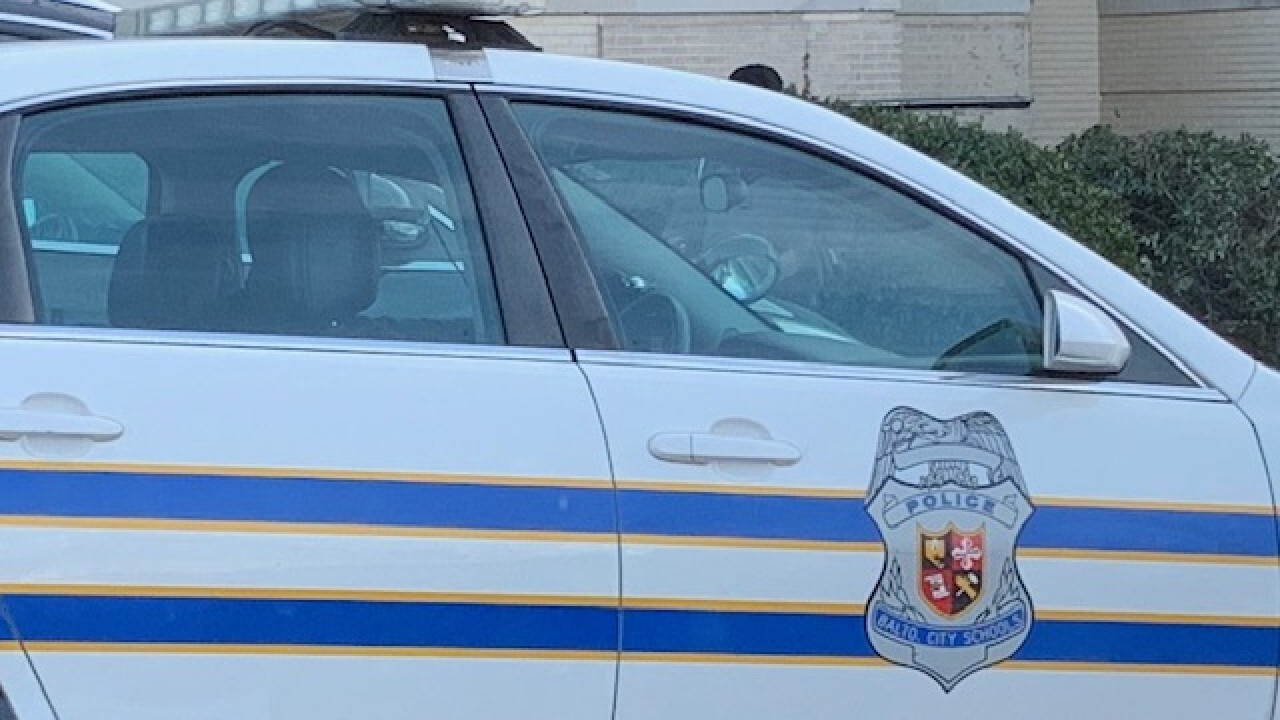 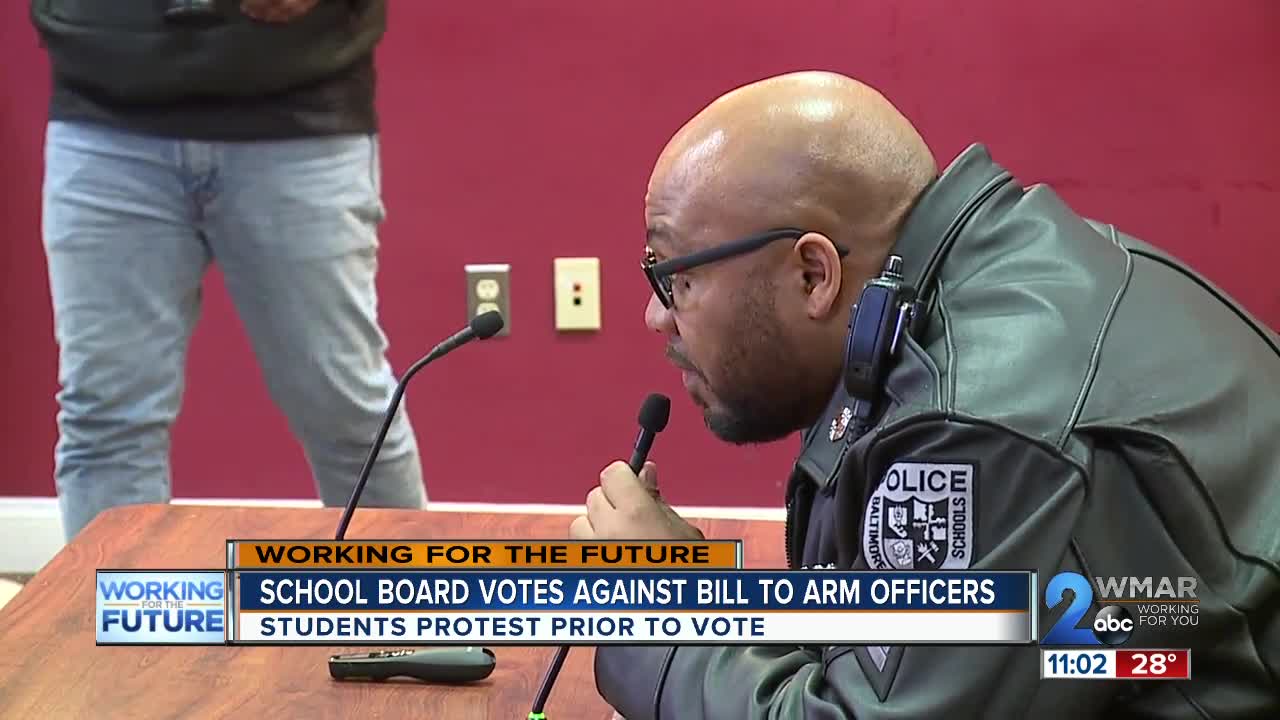 The Baltimore City School Board has spoken — they voted unanimously to oppose legislation that would allow school police officers to be armed on campus during school hours.

Before the vote a protest by students— passionate dialogue from parents and community members.

“If 51 percent of students in our city don’t want school police officers then we shouldn’t even be considering a bill that arms the school police officers,” said Jonothan Gray, a student and member of the group Baltimore Algebra Project. “When you think of the ideal school you do not think of guns in school .”

The Baltimore Algebra Project addressed the crowd with their backs to the school board Monday night.

They chanted things like “No guns in schools, no education no life.”

Cheryl A. Casciani told the students several times that they were over their allotted time and asked them to return to their seats in the crowd.

The group refused several times and handed out fliers that they said represented a report card based off of polling students across the city.

After several attempts to continue the meeting Casciani called a ten minute recess and some of the board members talked with the group.

Eventually they returned to their seats and the board conducted the unanimous vote against the bill to allow officers to carry guns in school during school hours.

Here is the vote. pic.twitter.com/Dk9sVekXxF

Sgt. Clyde Boatwright, The President of the School Police Union called for the board to pass the bill.

“Some of the language I see in these email and petition papers it’s like we’re a bunch animals that just can’t wait to get a hold of kids, and that couldn’t be further from the truth,” said Boatwright. “Our men and women are proud professional people. It’s a proud organization.”

Lee Burroughs, a community member, said trained officers deserve every tool they need to keep the children and themselves safe.

“I’m not intimidated by their weaponry,” said Burroughs. “I’ve never known of a police officer in my lifetime who doesn’t have all of the tools of the trade. Those tools include being armed.”

Seema Shah-Nelson said bringing the guns in would make the students less safe.

“The presence of school police can actually cause lasting harm to students who are disproportionately black, experiencing poverty, and have disabilities,” said Shah-Nelson. “This exacerbates inequity and raises the stakes for our most vulnerable and marginalized children.”