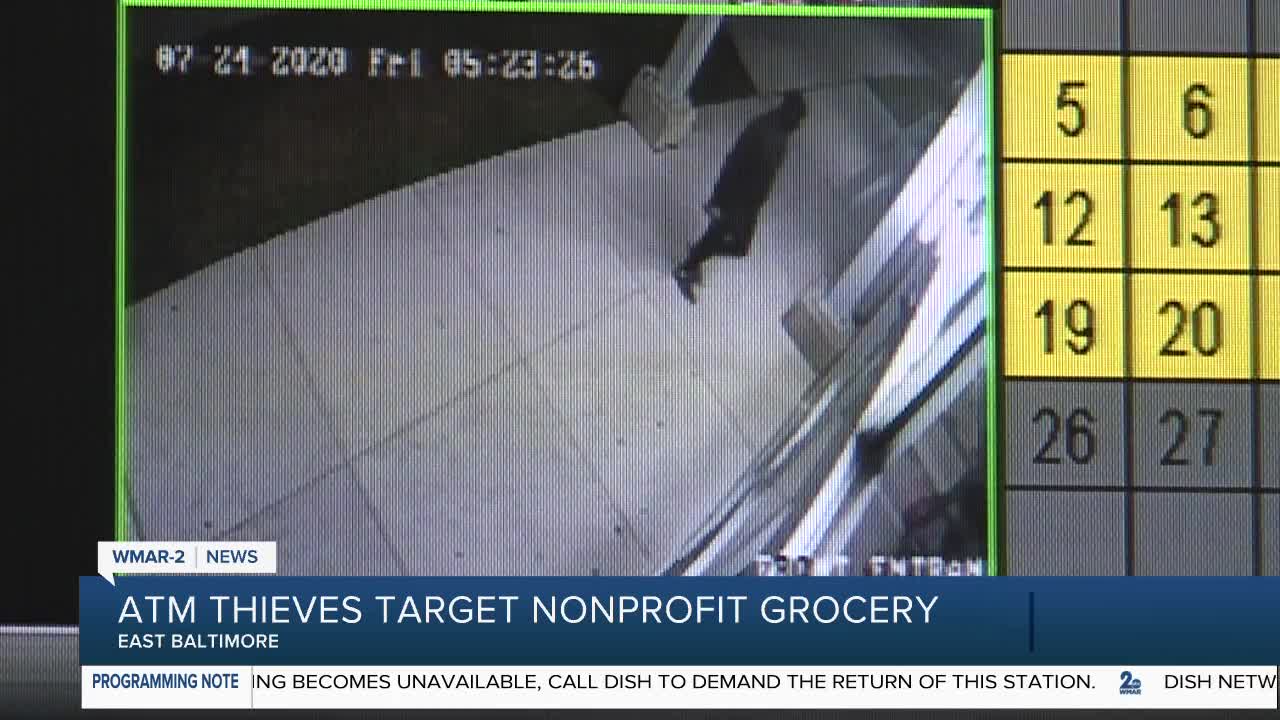 Caught on camera---a man entering a grocery store and heading straight for the ATM. He would soon call for the help of an accomplice with a set of bolt cutters to free the machine from the floor and haul it away.

BALTIMORE — Caught on camera---a man entering a grocery store and heading straight for the ATM.

He would soon call for the help of an accomplice with a set of bolt cutters to free the machine from the floor and haul it away.

But this isn’t just any grocery store.

It’s the first of its kind in the country---a nonprofit sponsored by the Salvation Army to deliver more than just groceries in the middle of one of Baltimore’s food deserts.

“The good thing about DMG is they give back to the community,” said Shakiyla Dunlap, who shops there regularly. “You can come in and purchase something, and they even give out free groceries and non-perishable items to people and then they give free fruit to the children in the area.”

DMG stands for ‘Doing the Most Good’, and the store combines social service elements like nutritional guidance, meal planning and workforce development with traditional grocery shopping with no mark up.

Major Roger Glick of the Salvation Army says the thieves operated like pros wearing masks and gloves, and getting in and out of the store in about two minutes’ time.

The store had added the ATM a few months ago to better serve its customers.

“It was a part of the idea of the store so if people come in and they need to get something and they don’t have cash readily available to them then the machine is there to be able to serve them so they can make purchases for their family so, yes, it’s unfortunate,” said Glick.

Unfortunate and a slap in the face to residents of the community who have lost the ability to get much-needed cash, because of thieves determined to score some quick bucks.

“They don’t care,” said Dunlap. “It is a disregard and a disrespect to the neighborhood and the community, so yes it is, because if you need help and if you need something, there are other community resources that you can to to for employment and things of that nature so, you know, it hurts the community itself.”