As The Washington Capitals fight for Stanley Cup, Baltimore pulls for them 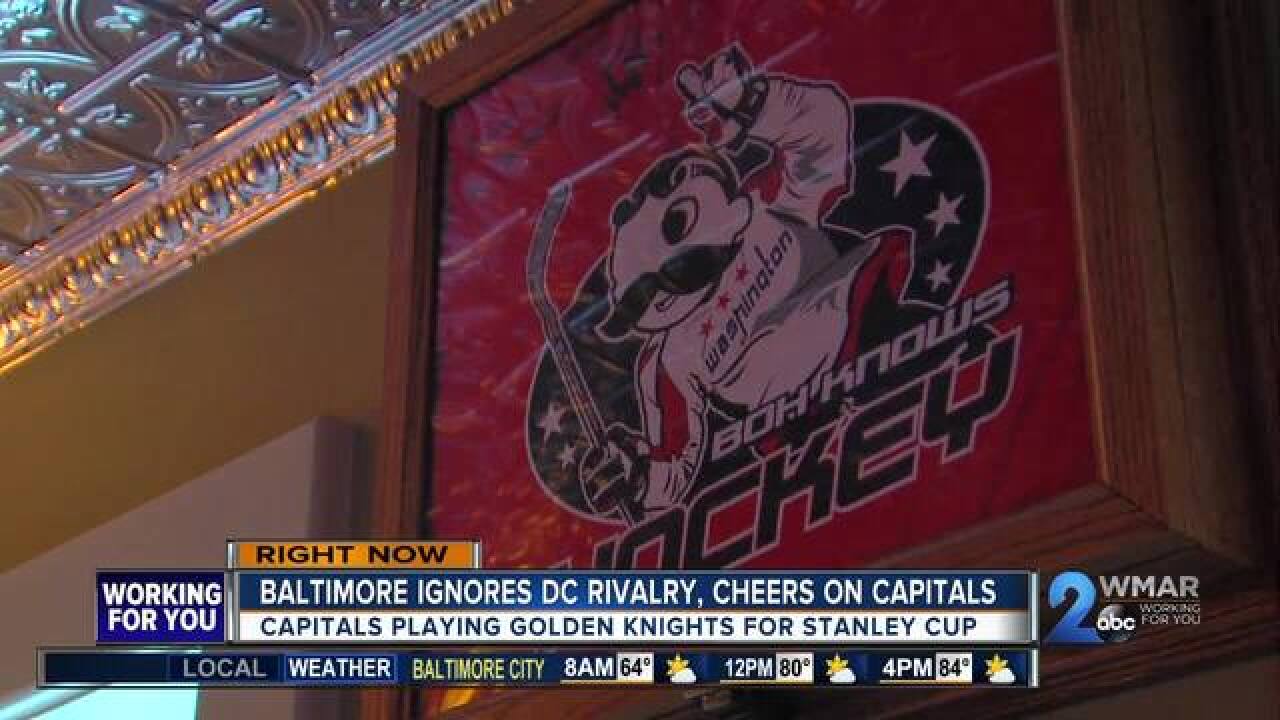 The Washington Capitals have won the Stanley Cup this year beating the Golden Knights 4-3, and fans across the nation were watching and Baltimore was right there with them.

Many Baltimore streets looked more like those you'd find in D.C. as the entire area catches Caps fever.

"For some reason Baltimore is like ugh, the stigma of dc and DC is like ugh, Baltimore, the more blue collar city," said fan, Scott Adams-Saunders.

But not since the Washington Capitals have been duking it out with the Las Vegas Golden Knights in the Stanley Cup finals. Fans say it’s unifying.

"It's bringing cities together. Call it fairweather or not, whatever, let’s rock the red!" said Adams-Saunders.

And there was no shortage of red in a city just 40 minutes from Washington but miles apart because of a fierce rivalry.

"This is a time that Baltimore and D.C can unify.  Baltimore is known as Charm City, and we compete against the prestige of D.C.," said Baltimore fan, Bill Nemethy.

In Owings Mills at Baltimore Sports and Novelty for fans, new and old, the feeling was the same.

"Now that the Caps are finally on the doorstep of bringing the cup home you have to be excited," Baltimore resident, Robert Friedman.

Owner Jeffrey Katzen has seen it all when it comes to Baltimore sports.  His store is adorned with almost exclusively Ravens and Orioles gear.  The little Caps gear he has left, was selling out fast.

"I see a resurgence of people coming into the store being excited about a playoff team even though it’s Washington, D.C.there’s a lot of Capitals fans in Baltimore because we don’t have a hockey team," said Katzen.

Even the Batlimore Ravens and The Orioles; D.C. sports rivals, tipped their hats to the team hoping to make history.

"When it comes to sports, it's sports; it's scores, it's hitting, home runs, making goals, making touchdowns, field goals, you have to care about what you believe in," Katzen said.