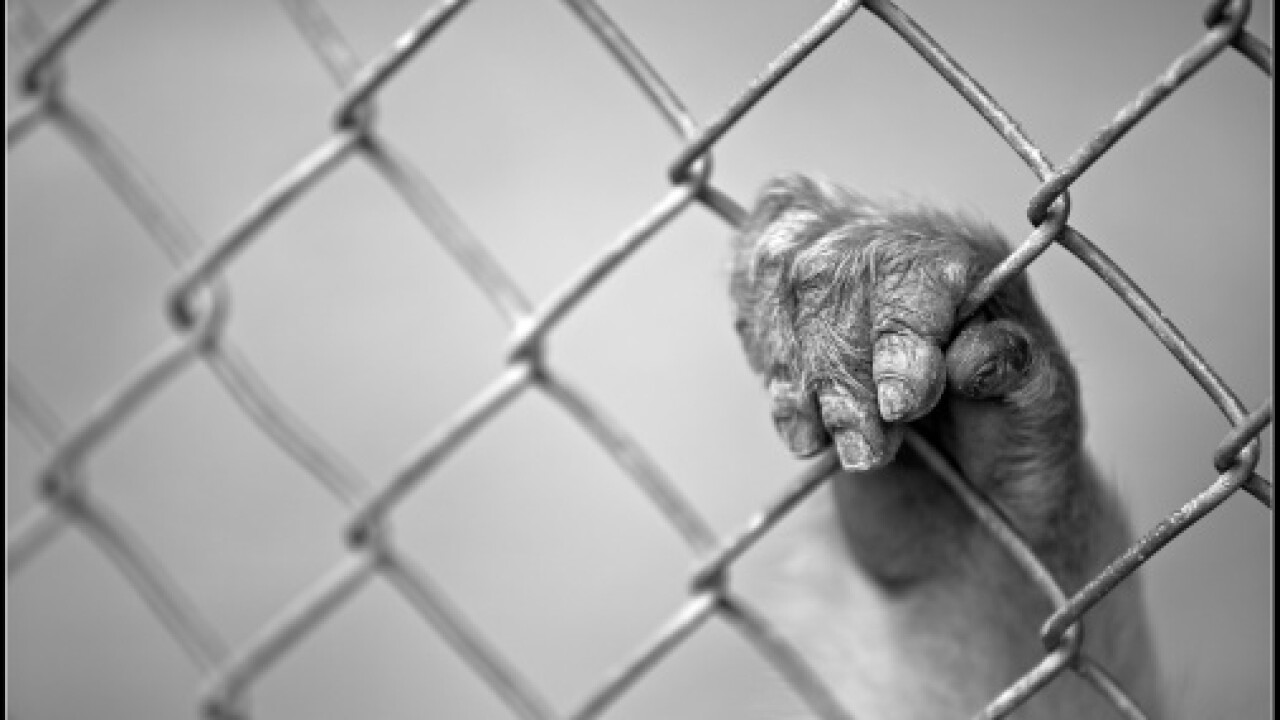 BALTIMORE — According to a report, a monkey was killed in the care of Johns Hopkins University and an animal watchdog group now wants them to pay.

The group SAEN, or Stop Animal Exloitation NOW, says a monkey was crushed by their cage door in a lab, which is the second monkey death at the university in the last 18 months. The group says they found a report made by Johns Hopkins University to a federal funding agency and now they want them to be heavily fined.

The monkey was allegedly killed when a caretaker panicked and accidentally closed the door on its neck, causing trauma the animal could not come back from, according to letter written by Hopkins staff, released by SAEN.

Denis Wirtz, the Vice Provost for Research at JHU, and the person who wrote the letter, says that in response to this disturbing event a senior clinical veterinarian implemented new training sessions for all staff who take care of the animals.

The first monkey death was caused by exposure, according to SAEN, and was disclosed in 2017 during a USDA inspection. SAEN says this same lab has also been cited for inadequate veterinary care and inadequate environmental enhancement, among other violations.

SAEN now wants major reglatory action by the USDA for Johns Hopkins University, including a $10,000 federal fine per infraction and/or animal. They say if all of the infractions over the last couple years were to be used, Hopkins' penalty could exceed $100,000.

WMAR-2 News has reached out to JHU for a comment.