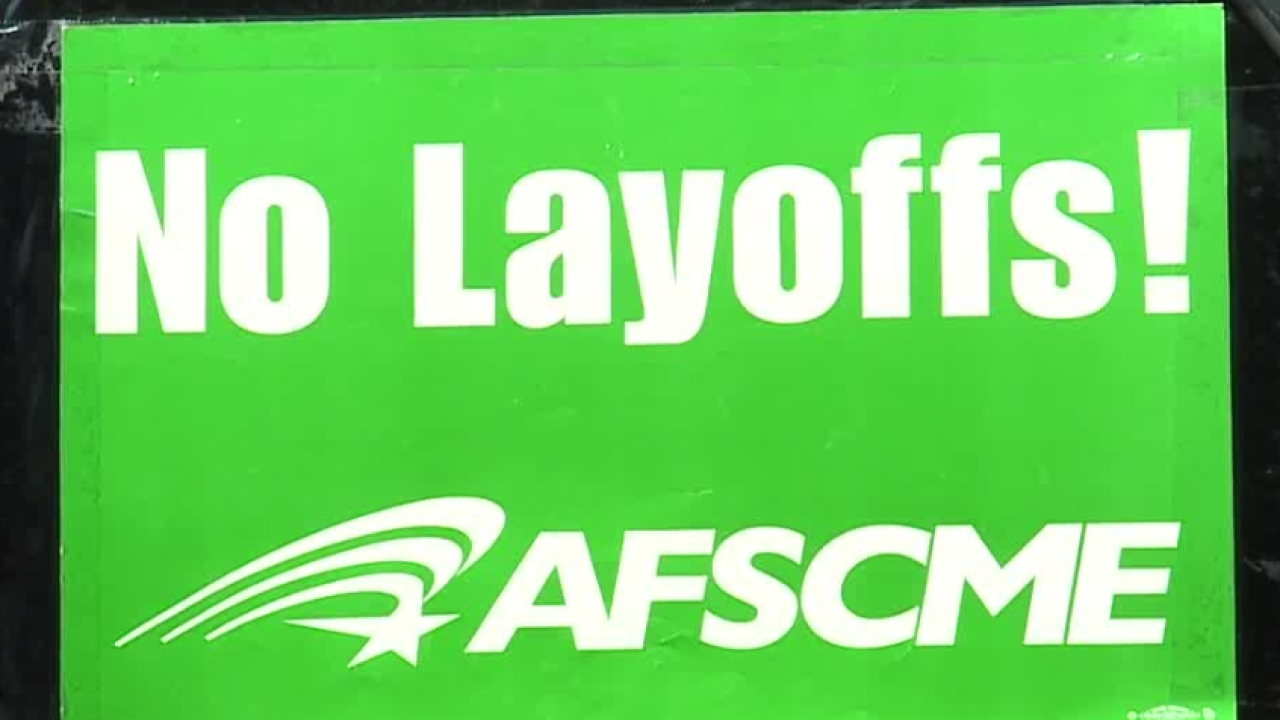 BALTIMORE — Proposed budget cuts are set to be voted on during Wednesday’s board of public works meeting.

The American Federation of State County and Municipal Employees want that vote postponed.

Tuesday afternoon, they held a caravan through Baltimore City. The stops included the governor's Baltimore office on St. Paul Street and State Center.

Organizers said Governor Hogan's administration is looking for reductions totaling nearly $1.5 billion despite an unclear economic future and a rainy-day fund that still sits at close to $1 billion.

They said cutting frontline employees during this time of crisis is unacceptable, that cutting wages and pensions and increasing healthcare costs is malicious.

During the caravan organizers also awarded Governor Hogan the worst boss ever award.

Organizers want the board to postpone action until the state has sat down and mutually negotiated an agreement with AFSCME.