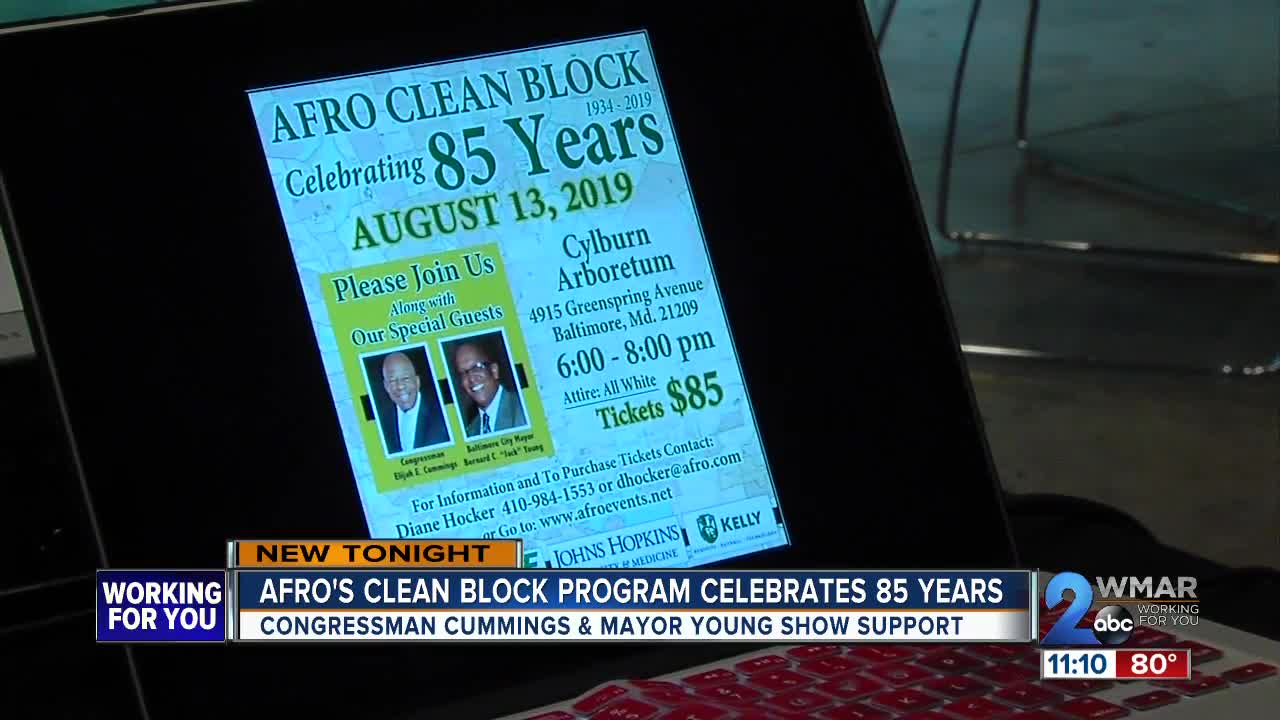 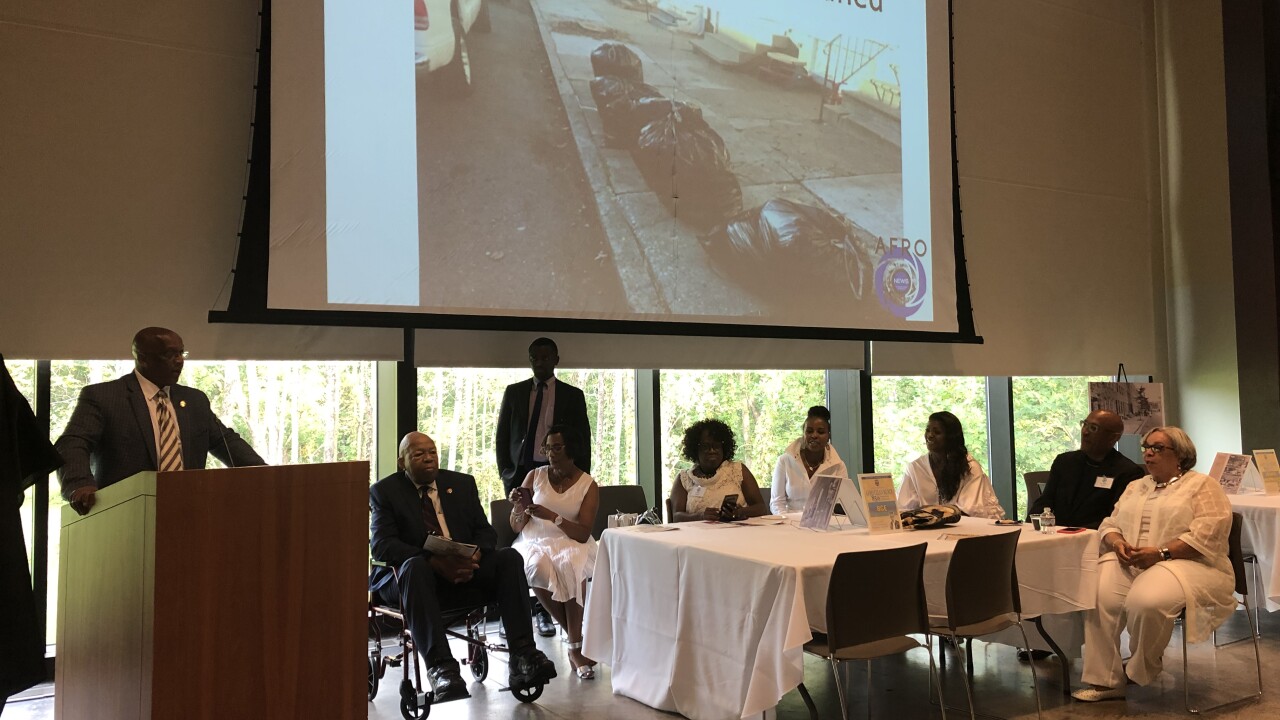 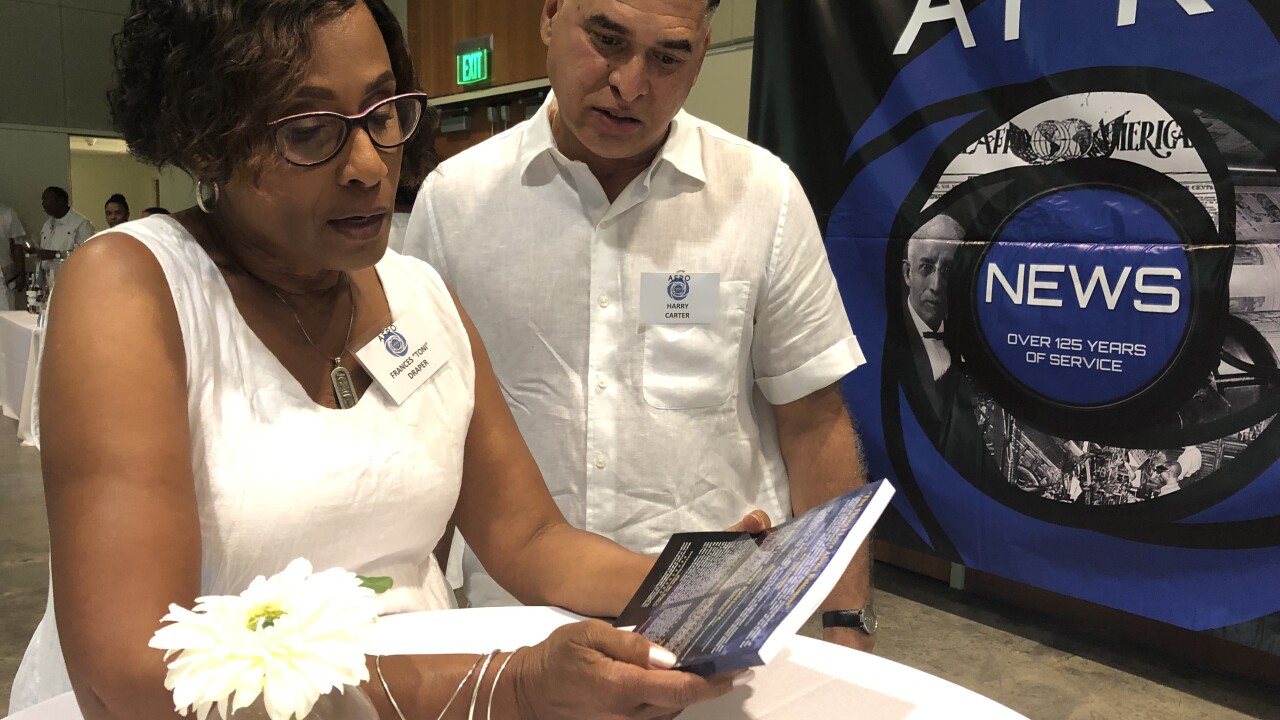 BALTIMORE — Cleaning up the city one block at a time, that's been the goal of the Clean Block Program for the past 85 years.

On Tuesday, the community celebrated this milestone with Mayor Jack Young and Congressman Elijah Cummings.

The Afro-American newspaper was founded in 1863. In 1934, the publication created the Clean Block Program, where they taught the community to respect their neighborhoods by cleaning up trash and crime. It's a campaign they still carry out today.

"I don't think we put a paper bag over our heads and just ignore the problems of Baltimore," said Frances Draper, Afro-American Newspaper CEO/Publisher. "There's lots of problems in Baltimore as there are in any urban city, but Baltimore has so much promise."

On Tuesday night, Afro also released a book they've been working on for the last six months, "The Thing I Love about Baltimore."